﻿There has been news today from the Mercedes Formula 1 team about its future ownership and on the driver front there has been confirmation from Red Bull of a change for next year, with AlphaTauri having made a similar announcement earlier this week. 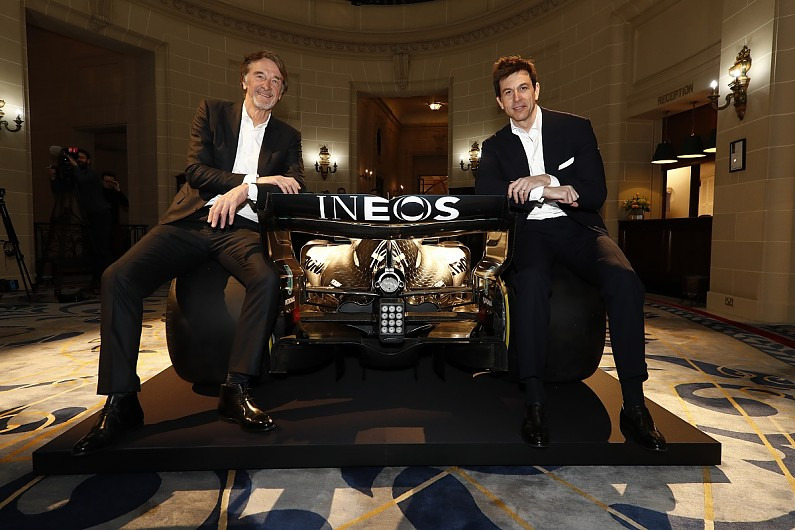 INEOS’ Monaco based Chairman and CEO Sir Jim Ratcliffe (left) and Mercedes part owner and Team Principal Toto Wolff (right)
Mercedes’ former partner sponsor INEOS, a major chemicals company, has become the owner of a third of the team, with Daimler and team principal Toto Wolff also both now owning a third each. This represents a reduction for Daimler from its previous 60% shareholding, but a small increase for Wolff from 30% to 33.33%. Wolff has also committed to remain as the outfit’s Team Principal and CEO for a further three years despite having suggested during last season that he was considering stepping back shortly.

The Austrian commented “This new investment from INEOS confirms that the business case for Formula 1 teams is robust and sends an important signal of confidence in the sport after a challenging year.” Elsewhere on the Mercedes front, confirmation of a new contract for Lewis Hamilton, whose current one expires in just 13 days’ time, is expected shortly and the team has already included his name on the FIA official list of drivers for next season. 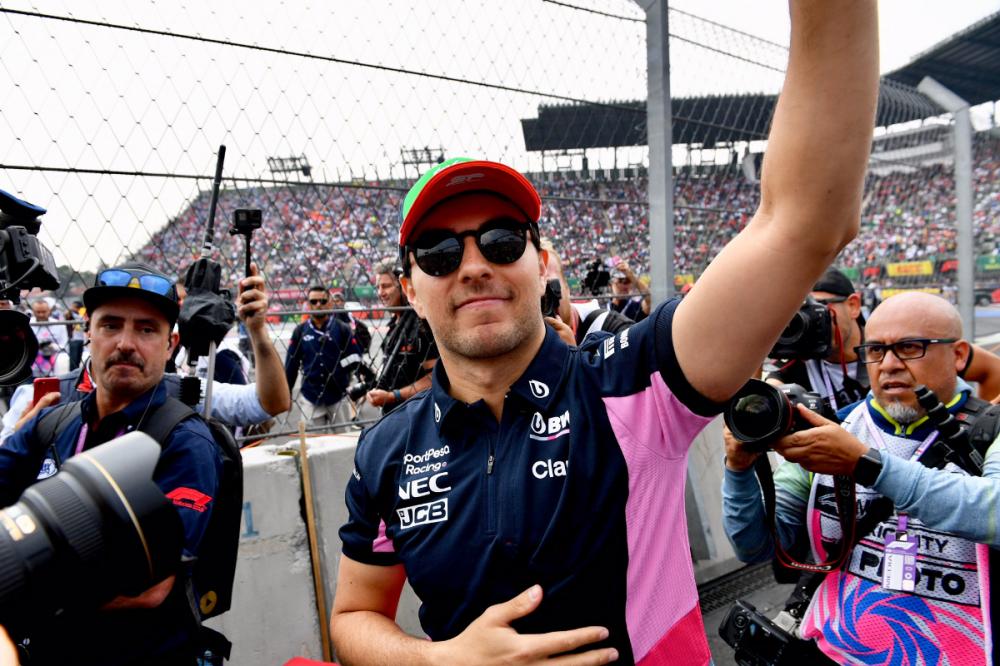 Red Bull rather than a sabbatical for Sergio Perez next year
﻿The ﻿Red Bull Formula 1 team has today revealed that Sergio Perez will partner Max Verstappen next year, with the current incumbent, the British/Thai racer Alex Albon, stepping back to a reserve and test driver role with the Milton Keynes based outfit and focussing mainly on development work towards the 2022 new regulations.

The 30 year old Perez drove impressively for the Racing Point team during the recently concluded season, but he became a free agent when dropped for next year in favour of the incoming Sebastian Vettel at what will be known as Aston Martin F1 in 2021. The Mexican was facing a year’s sabbatical away from the sport if Red Bull didn’t opt in his favour, but now he will be fully occupied competing throughout next season’s 23 race calendar. A delighted Perez enthused “The chance to race for a championship contending team is something I have been hoping for since I joined F1 and it will be a proud moment to step onto the grid in Red Bull colours alongside Max.” 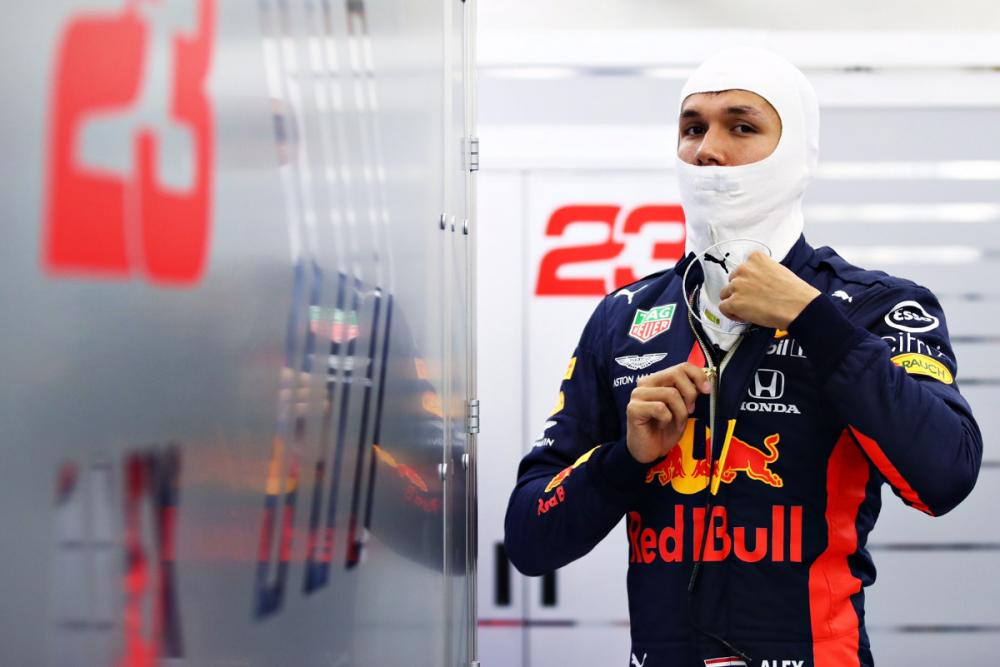 Alex Albon has feared the writing was on the wall about his Red Bull demotion for some time
With Albon regularly having struggled to get close to the pace of Verstappen this year and having scored 109 fewer points, the team has clearly decided to go for experience rather than youth as it seeks to put up a greater challenge to the long dominant Mercedes powerhouse. There is also speculation that it might be just a one year contract for Perez, with a secret deal perhaps already done for a seat elsewhere for 2022.

Meanwhile earlier this week AlphaTauri, Red Bull’s sister team, also made a 2021 driver announcement, confirming as very much expected that the 20 year old Japanese racer, Yuki Tsunoda, will replace Russia’s Daniil Kvyat next season. Tsunoda is a Honda and Red Bull protégé who shone in this year’s Formula 2 championship, taking a trio of victories and finishing third in the standings. 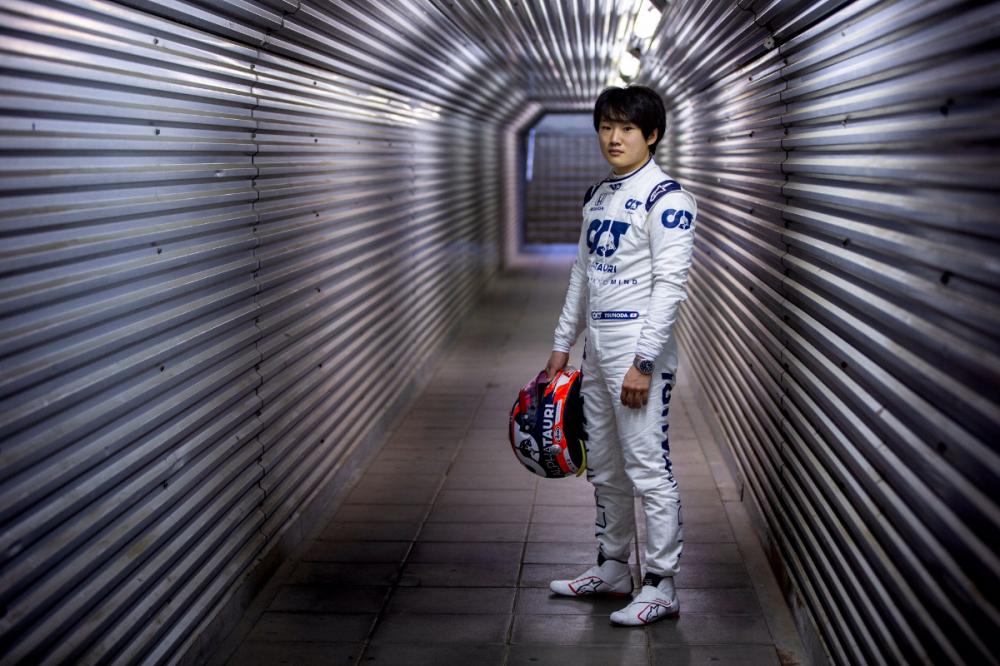