The opening Grand Prix of the 2020 Formula 1 season could take place at the scenic Red Bull Ring in Austria on 5 July behind closed doors and under strict anti-coronavirus health measures after the event received provisional support from the Austrian government and medical authorities. 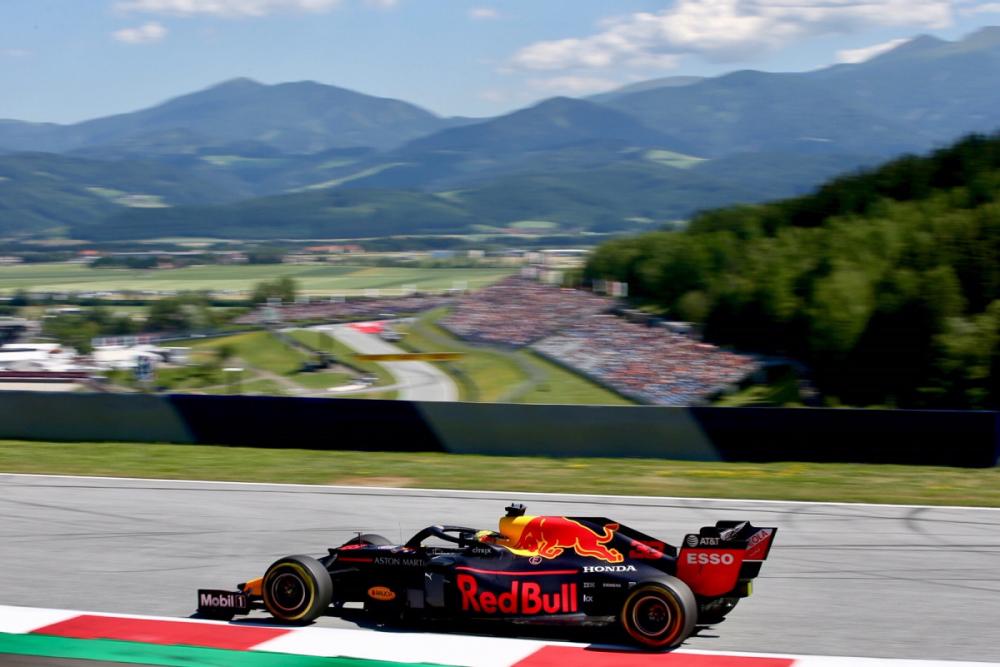 The scenic Red Bull Ring in Austria may host this year’s opening Grand Prix
With the first nine races of the season already cancelled or postponed due to the global pandemic, the initial Grand Prix is currently scheduled to be held at the Paul Ricard track in the south of France on 28 June. However, with the French authorities having imposed a ban on any major public gatherings until at least well into July, it is expected that this race will soon be officially called off and, looking ahead, the same fate could apply to the Belgian Grand Prix on 30 August due to a similar ban there until the end of that month.

F1’s owner (Liberty Media) has been working closely with the sport’s governing body (the FIA), the ten teams and the promoters of this year’s races, preparing contingency plans from a worst case scenario of no races at all to possibly 15 or more happening. Everyone appreciates that the overall health scenario must clearly override any sporting desires, but all parties are very keen to hold Grands Prix as soon as safe for all involved as the lack of any racing is severely hitting income streams and budgets, particularly for the worst funded teams such as Williams.

A key reason in favour of the Red Bull Ring hosting the opening race is its location and “turn key” nature, especially for an event without spectators. I know from personal experience of reporting from there that it is set in a beautiful Alpine setting outside the village of Spielberg and would need little preparation to hold a Grand Prix, even at fairly short notice. 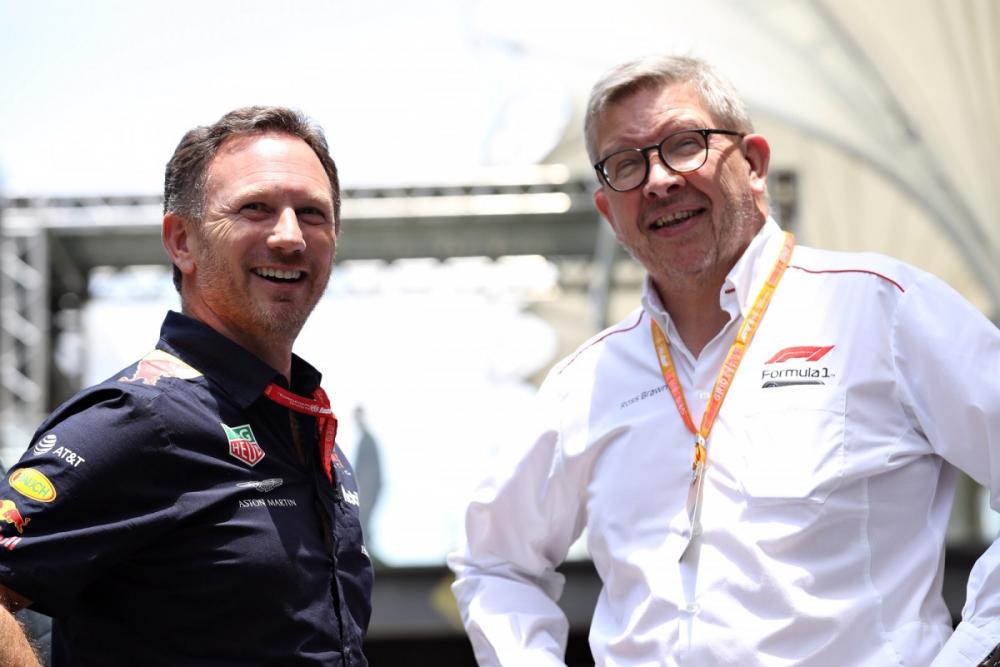 Red Bull Team Principal Christian Horner (L) with Liberty Media’s Ross Brawn
Also, almost walking distance from the circuit is a large military airport which is always open for private jets for the Grand Prix weekend and which could be used to fly team personnel in and out without the need to use public facilities further away. The proposal is to limit team personnel attending the race to perhaps 80 and use the nearby airport and hotels close by, with strict coronavirus testing measures in place.

Red Bull Team Principal Christian Horner is very hopeful that the Austrian Grand Prix will take place on 5 July at the Red Bull Ring, a facility owned by the Austrian drinks company, if it is deemed safe to do so and he confirmed that his Milton Keynes based outfit is doing all it can to assist, adding “It’s always important to have a target, even in times of uncertainty, as, if you have no target in life, then things just drift.” The highly experienced Brit also confirmed that, if the situation worsened, the schedule could easily be changed again if need be.

If this Grand Prix happens, there has also been talk of a second race to be held there too, possibly on the following Wednesday evening and again only for a television and online audience, but any such plans have still to be confirmed.

In recent years the Red Bull Ring has featured literally tens of thousands of orange clad Dutch Max Verstappen fans, who have made the race part of their annual summer holiday road trips across Europe, and of course they were rewarded with victories in 2018 and 2019 for Red Bull’s rising star from the Netherlands, even if last year’s came after a controversial collision with Ferrari’s Charles Leclerc in the closing stages. Sadly the orange army will definitely not be heading to Austria this time round, but perhaps in 2021. 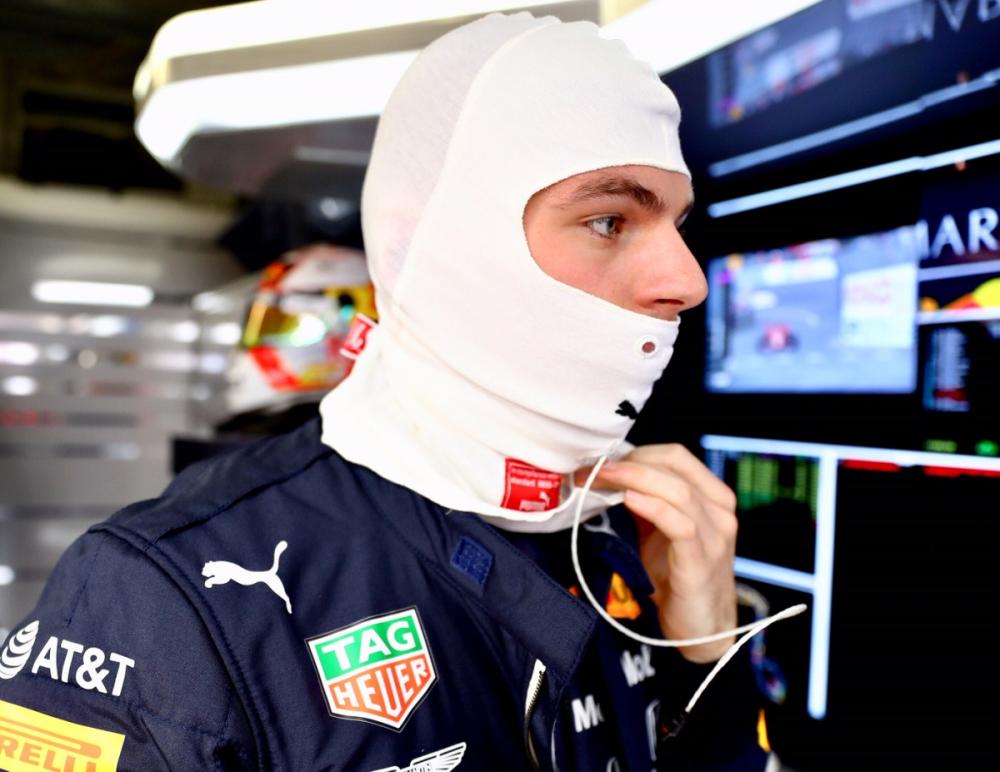 Last year Max Verstappen emerged victorious in Austria after a thrilling battle with Charles Leclerc
Turning back to this year’s calendar, Silverstone’s Managing Director, Stuart Pringle, has also been involved in ongoing detailed discussions with all parties as the home of British motor racing may be next to hold one or more races and again more than likely behind closed doors. Final decisions and announcements are expected shortly. The Northamptonshire track has the distinct advantage of being located relatively close to the bases of seven of the ten Formula 1 teams, easing many logistical issues.

The idea of holding two Grands Prix there is also on the table and even with one of these being with the race run in the opposite direction to normal, just to add a little extra interest for the drivers and fans. However, this would clearly involve careful consideration from a safety perspective re run-off areas and the positioning of barriers. The circuit is currently only licensed to run in a clockwise direction, but McLaren’s Lando Norris has very much expressed an interest in the idea of racing in the opposite direction too as it would be something of a leveller for the drivers. 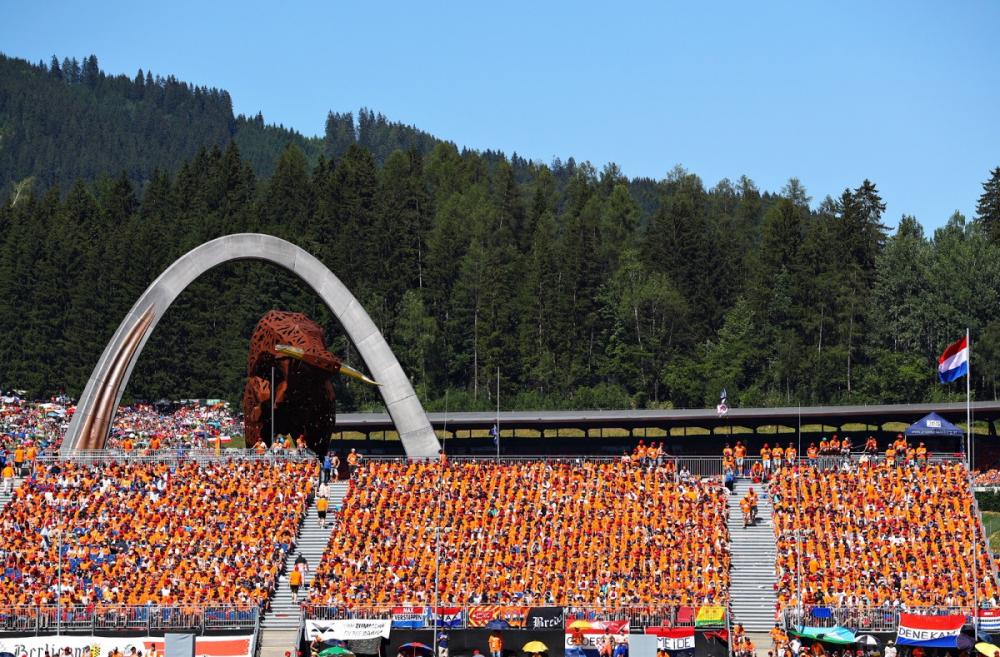 Verstappen’s orange army of Dutch fans will have to wait until 2021 to return to Austria
One of the very few benefits to be derived from this awful COVID-19 pandemic has been the fact that it has served to highlight the already acknowledged need for a significant change to Formula 1’s business model and particularly from a team perspective as in recent years, with no restriction on spending, the budgets of the top three teams (Mercedes, Ferrari and Red Bull) have rocketed.

In 2019 the dominant 1300 strong Mercedes team spent an eye-watering $484m on their way to winning both titles for a sixth year running, whereas Williams’s budget was just $132m as they unsurprisingly remained firmly rooted to the bottom of the Constructors championship table.


Also by Graham Read...
The Pandemic Forces Further F1 Calendar ChangesA 100th Pole And A Sixth Spanish Victory For HamiltonHamilton Extends His Championship Lead In Portugal﻿F1 Approves Sprint Races At Three 2021 Grands PrixDoncaster’s Ewen Sergison Claims A Podium Finish In Monaco
After ongoing detailed discussions the teams had already agreed before the arrival of coronavirus to a budget cap of $175m for next season and the impact of the pandemic has resulted in this now being lowered to $150m. The seven teams not in the elite top three are pushing for a further reduction, but there is resistance and from Ferrari in particular. The key target is to get the figure down to $130m for the 2022 season onwards to help level the playing field and possibly attract new entrants.

This would still be a vast amount of money to spend per year just to go racing with a two car team, but at least it would be far better than what we have seen in recent times. It also has to be said though that there are major cost exclusions to these budget caps, with significant expenditure areas such as driver and senior management salaries plus travel and hospitality costs not being included. As such, the true annual spend would be noticeably higher and particularly for the top teams where the remuneration packages for the leading drivers and team principals are very significant.

Formula 1 is still a wonderful spectacle, but I’ll leave you with one key fact which so exemplifies the real need for change to make the sport far more competitive and unpredictable. 17 March 2013 in Melbourne, Australia was the last time a Grand Prix was one by any team other than Mercedes, Ferrari and Red Bull. Yes, over seven whole years ago since Kimi Räikkönen did the honours for the Lotus team. Change is indeed so required.