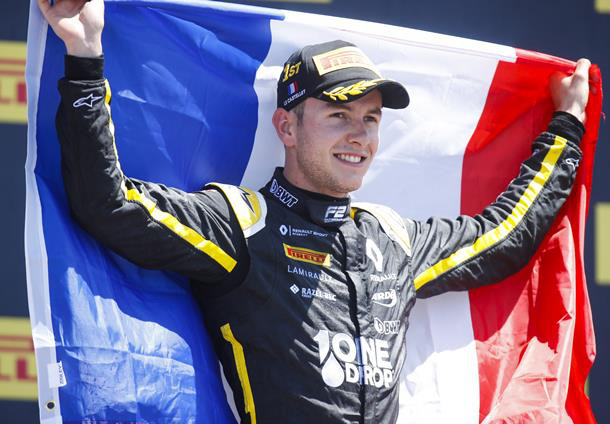 22-year-old Hubert, last year’s GP3 champion and winner of two F2 races this year in Monaco and France, was driving for the British-owned Arden team, founded and run by Garry Horner, the father of Red Bull team principal Christian Horner. 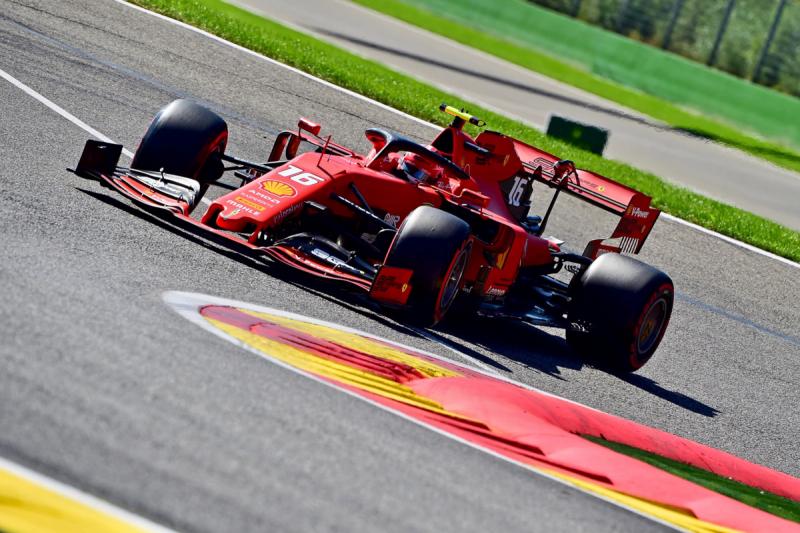 Ferrari’s Charles Leclerc took his maiden F1 victory at a subdued Spa
He succumbed to serious injuries sustained when his car was impacted heavily at high speed by American driver Juan Manual Correa on the second lap of the race. The incident took place at the exit of Raidillon corner after Giuliano Alesi, son of former F1 driver Jean Alesi, had lost control of his car and Hubert had taken avoiding action.

The following Correa had no chance of not hitting Hubert’s stricken car, which was split in two, and he was taken to hospital in nearby Liege where he underwent surgery for fractures to both legs and a minor spinal injury before being transferred to the intensive care unit in a stable condition.

A very sad reminder for us all that, despite so many safety improvements in recent years, motor racing can still be highly dangerous when things go wrong. The fatality led to the cancellation of Sunday’s second F2 race out of due respect, but the F1 Grand Prix still very much took place, something Anthoine would have very much wanted.

Thursdays before a race weekend are often relatively low key affairs in F1 paddocks if there are no major new stories around, but it was certainly different at Spa as we received official confirmation of two major developments, if widely expected. 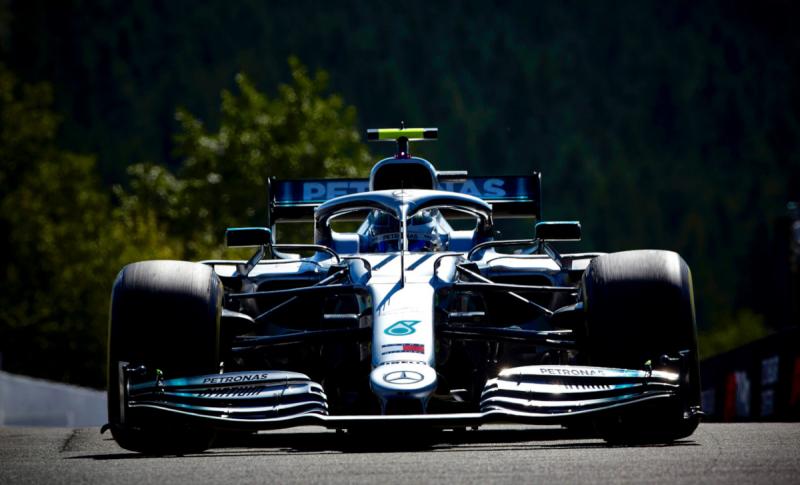 Valtteri Bottas finished third after his future at Mercedes next year had been confirmed
Firstly, the German Mercedes team revealed that Finnish driver Valtteri Bottas is to partner Lewis Hamilton again next season for a fourth year running. A decision which will provide welcome continuity and a lack of potential friction between their drivers, as Bottas is quick but not in Nico Rosberg’s league in terms of threatening Hamilton’s intra-team superiority.

Secondly, Renault confirmed that Esteban Ocon, who is the Mercedes reserve driver and has been having to sit on the sidelines this season, has been signed to replace Nico Hülkenberg for 2020 on a two-year deal. Frenchman Ocon was in the running for the second Mercedes seat next year, but will at least be grateful to be back racing in Formula 1 as being a reserve driver is a pretty thankless task, even for the sport’s top team.

Hülkenberg obviously expressed his disappointment about losing his Renault drive, but the likeable 32-year-old German has been around in F1 long enough to take such news with a sense of calmness, explaining that other opportunities within motorsport’s top tier might still exist for him. Do not be surprised if he ends up partnering Kevin Magnussen at Haas next season, although other openings may materialise too. 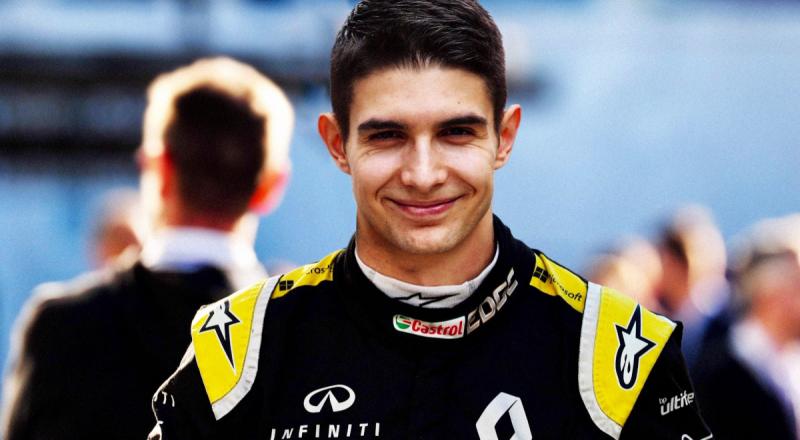 Mercedes reserve driver Esteban Ocon, who will race in F1 again next season after signing a two year deal with Renault
The other major story of the summer break had been the not unexpected decision by the Red Bull team to demote its underperforming French driver Pierre Gasly to its lesser outfit Toro Rosso, linked to the surprise promotion of F1 rookie Alexander Albon in the opposite direction. The 23 year old British/Thai driver knows that this is his big chance to claim a seat at F1’s top table beyond the remainder of this season if he performs well enough. Unfortunately his weekend was to be impacted by a penalty for having an upgraded Honda power unit installed, which relegated him to start his first race for Red Bull from near the back of the grid.

Just prior to the Belgian weekend it was also announced that a deal had been completed for the Spanish Grand Prix to continue for at least one more year (and possibly more) at its usual home just north of Barcelona and a draft calendar of races for next season is due to be ratified by the sport’s governing body in October.

Back to F1 events ontrack at Spa. When the cars took to the circuit for Friday’s opening free practice session it was Ferrari’s Sebastian Vettel who topped the timesheets ahead of his team-mate Leclerc at a venue where power and high speed performance are crucial to success. Red Bull’s Max Verstappen and Albon proved to be the best of the rest. Later in the day Leclerc led Vettel as the red cars from Italy again proved quickest, followed by the Mercedes cars pedalled by Bottas and Hamilton.

In Saturday’s final practice period Leclerc and Vettel again showed everyone else a clean pair of heels, whereas Hamilton crashed his Mercedes at Les Fagnes, giving his mechanics plenty of work to do to repair it for the following qualifying hour. 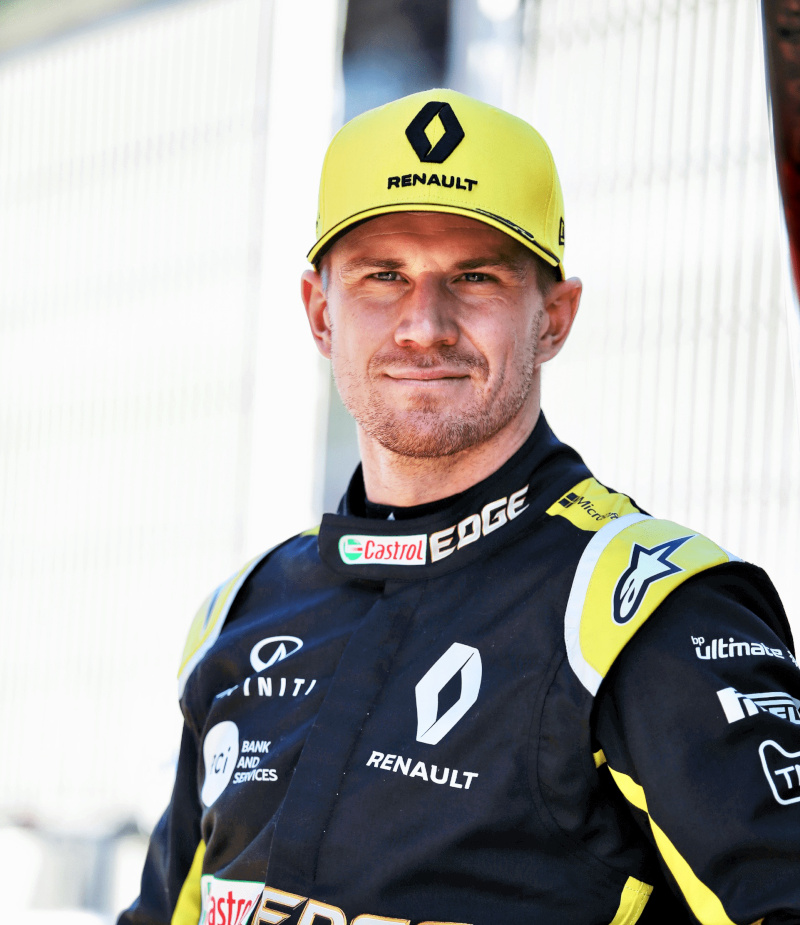 Renault has dropped Nico Hülkenberg for 2020, but he may well find an F1 drive elsewhere for next year, quite possibly with Haas
The first part of the qualifying process had to be redflagged twice after smoky and fiery power unit failures for Williams’ Robert Kubica and then Alfa Romeo’s Antonio Giovinazzi, but when we reached the all-important final period Leclerc claimed pole position with a huge 0.748s margin over second placed Vettel. With Ferrari making the front row of the grid their own for the following day’s race it was left to Hamilton and Bottas to earn the right to start right behind them.

It was much cooler on race day and when the red lights went out at the start Hamilton quickly got the better of Vettel to move up to second position exiting the La Source Hairpin. However, the German fought back on the Kemmel straight and usurped his longtime rival.

As always these days, Spa was full of orange clad Verstappen fans, but sadly their excitement was very shortlived as their hero collided with the Alfa Romeo of Kimi Räikkönen at the first corner and his race ended just a few hundred metres later in the barriers at Raidillon after suffering a broken trackrod in the preceding incident.

The safety car was called into action to enable retrieval of the stranded Red Bull car and racing was about to resume at the end of the third tour when it had to stay on track to then facilitate the removal of Carlos Sainz’s stranded McLaren. Hardly a great birthday present for the young Spaniard.

When racing did recommence the leading Leclerc immediately started to pull clear of Vettel ahead of the two Mercedes cars, with 19-year-old British rookie Lando Norris a fine fifth in his McLaren after avoiding all the trouble at Turn 1 on the initial lap. Vettel was the first of the frontrunners to pit, on the 15th tour, to switch from soft to medium specification tyres, rejoining in fifth place but soon getting the better of Norris for fourth.

There was a touching moment on lap 19 when the large crowd participated in a prearranged “lap of applause” for the deceased Hubert as he had raced in car 19.


Also by Graham Read...
Mercedes On Top After The Opening Three Day TestAlfa Romeo’s C39 Completes The F1 Class Of 2020The Williams And Racing Point Formula 1 Car LaunchesAlphaTauri Makes A Striking Arrival﻿Mercedes’ 2020 Silver Arrow Breaks Cover
Two tours later Leclerc pitted to take on medium tyres, but Vettel, who had been flying, took the lead as his team-mate rejoined the circuit. Hamilton and Bottas soon made similar stops down the pitlane, rejoining behind the pair of Ferraris. Leclerc was clearly the quicker red car and at the start of lap 27 Vettel let the Monegasque driver through into the lead.

Before long Hamilton was closing in on second placed Vettel and on the 32nd tour the British multiple champion breezed past on the Kemmel straight with DRS assistance. Two laps later Vettel pitted again to exchange his wearing medium tyres for gripper soft ones, letting Bottas claim third position, but this strategy was not to work as Vettel was unable to get close to the Finn for the rest of the race. However, he did claim the extra point for setting the fastest lap of the race.

As the Grand Prix progressed towards its conclusion the leaders caught midfield racers having their own exciting battles and Hamilton sensed an opportunity to threaten Leclerc, but the Ferrari driver remained ahead to take his first F1 victory at the chequered flag. No doubt the first of many as 21-year- old Leclerc really does show maturity way beyond his age and experience, already very much looking like a future champion.

Hamilton and Bottas completed the podium trio ahead of Vettel. Albon battled from 17th on the grid to an excellent fifth place ahead of Racing Point’s Sergio Perez, a performance which would have very much delighted his new bosses at Red Bull and done his career prospects no harm at all.

Formula 1 is always such a rollercoaster of a ride though and sadly there was late heartbreak for Norris as his McLaren ground to a halt opposite the pits on the penultimate lap with a power unit problem, denying him his best ever F1 result. There was also late drama on the same tour as Giovinazzi’s Alfa Romeo headed dramatically into the barriers at Pouhon, but fortunately the talented Italian escaped unharmed.

Leclerc shared his mixed emotions straight after the race, quietly delighted with his first victory but understandably still deeply saddened by the loss of Anthoine. Meanwhile, with the Belgian race completed, it was time for everyone to pack up as quickly as possible and head south to the famous royal parkland Monza circuit just outside Milan, with the cars due on track for the opening practice sessions for this year’s Italian Grand Prix in just five days time. It will be fascinating to see whether Ferrari can claim another victory in front of its massed and highly passionate home fans or whether Mercedes will resume its journey towards both championships again this year in winning style.