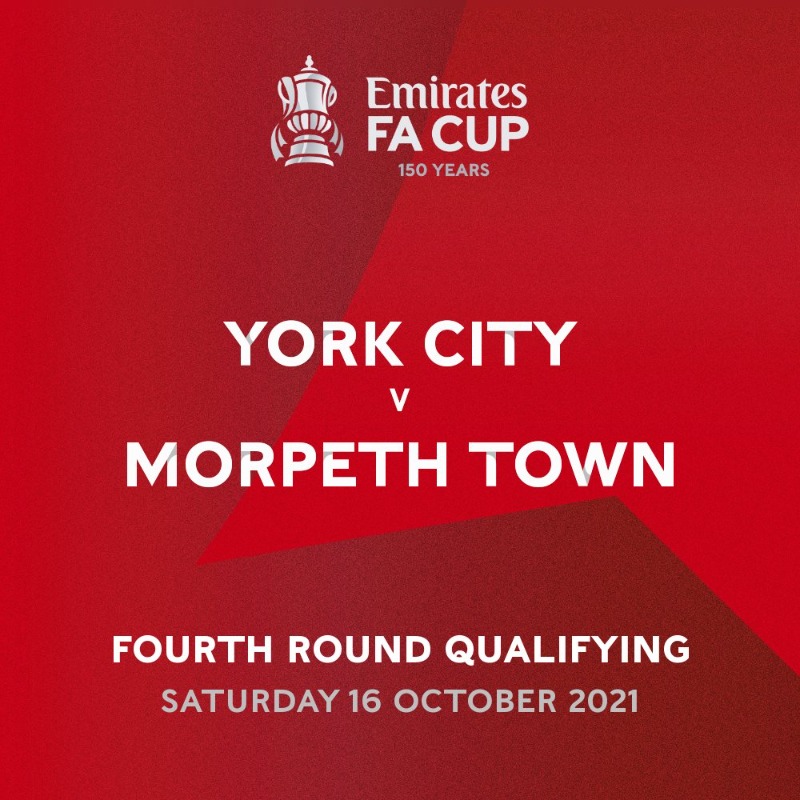 Sports Writer Ryan Brookes reports.
The draw for the FA Cup Fourth Qualifying Round took place earlier this afternoon with York City drawing Morpeth Town at home who will be the only team standing in their way to reach the First Round Proper.

Morpeth Town are currently sitting bottom of their league, one level below the Minstermen. It is yet another team from the North East of England that York will play host to in the FA Cup, having already defeated Hebburn and Whitby to get to this stage. Morpeth’s journey so far has consisted of wins against Hyde, Lancaster and Radcliffe Borough with comfortable wins in all three.

The game will take place at the LNER Community Stadium on Saturday 16th October, with ticket prices to be agreed with the opposition. But, before returning to action in the cup, City have a game this Saturday at home to Southport in the league so hopefully they can make it two wins on the bounce before then.