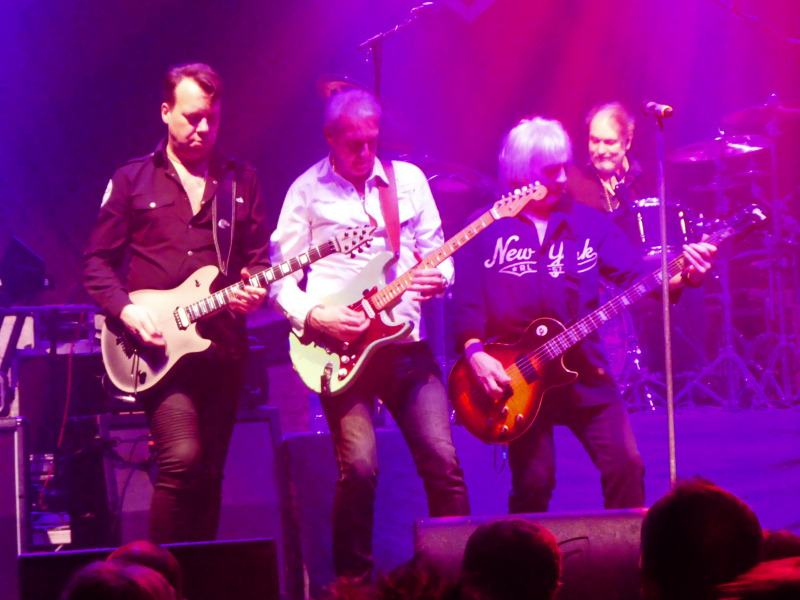 FM
The late 80’s were a good time for rock, then gunge came along with Nirvana and things were never the same again.

The idea of FM, The Dan Reed Network and Gun touring together is a good one – the three are all from the same era and share roughly the same fan base.

FM supported all the big rock groups in the mid 1980’s from Bon Jovi to Kiss, though they themselves never made it to arena status. With only 3 of the original members in the line up these days, backed with two new members you could be fooled into thinking you were still hearing them back in 1985.

Lead singer Steve Overland maintains his soulful voice which shone on Does It Feel Like Love and That Girl. The latter track being the one I remember most from the band, the others seemed less memorable. Shipley born former keyboard player Didge Digital even makes a guest appearance.


Dan Reed Network
Dan Reed might have less hair than he had in 1989 but that didn’t stop the funk being put back into rock. The Dan Reed Network paved the way for many groups that followed such as Extreme and are probably given less credit than they deserve. A capella version of All My Lovin’ was a distinctive opening number.

Stronger than Steel has been used by the fans to get married to and the track is one of their finest. They were well rehearsed and had a strong connection with the audience and a commanding style.


Gun
Scottish rock act, Gun are celebrating 30 years since the release of the album Taking On The World, though most remember them for their cover of the Cameo song Word Up! They deliver the track along with storming versions of Better Days and Steal Your Fire. It made you wonder why the band was not bigger than they were.

A night of classic rock from three of the best acts of that genre.


Also by Graham Clark...
Feversham Arms Hotel, HelmsleyInterview With Diana DeMuthIt’s A Good Catch At The New Catch Restaurant In LeedsNew Exhibition In Blackpool - The LightsThe Potting Shed, Guiseley - Is All In The Garden Still Rosy?