Fabia From Skoda – Still As Fab As Ever? 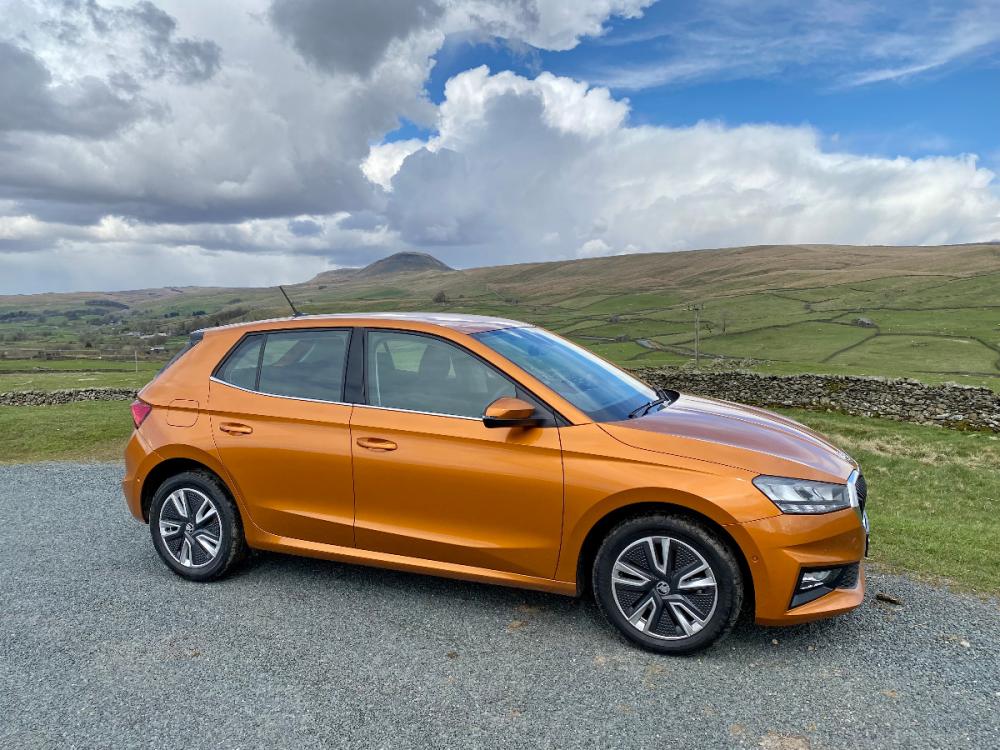 The Fabia has been delighting customers for over 21 years, many drawn to the space, quality and exceptional value for money. Undoubtedly this model has helped the Czech car brand to grow. 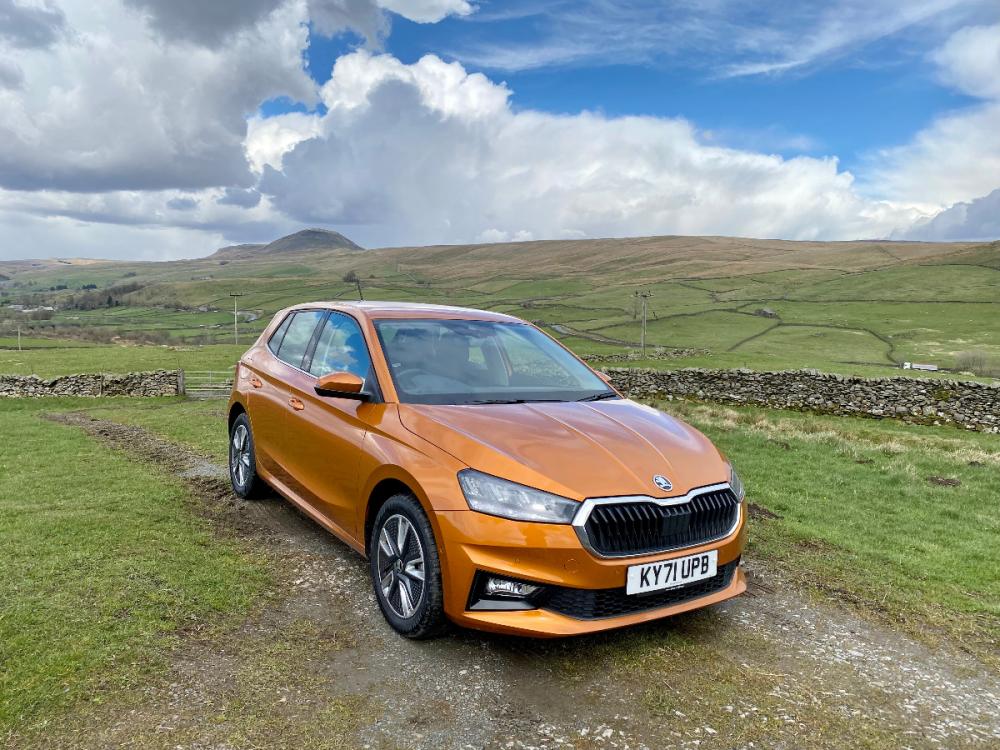 I’m told that the new Fabia is the most spacious car within its segment and now offers a range of new comfort features as well as a plethora of safety and assistance systems, some more welcome than others. ‘Simply Clever’ features abound, so the Fabia will undoubtedly be more user-friendly than ever.

All models come with a three-cylinder petrol engine, though with four different power outputs. All are Euro 6d compliant with low emissions. Five or six speed manual gearboxes come as standard, though the 95PS engine can be mated to a six-speed DSG gearbox. The range-topping 110PS engine comes with a seven-speed self-shifting DSG box as standard. 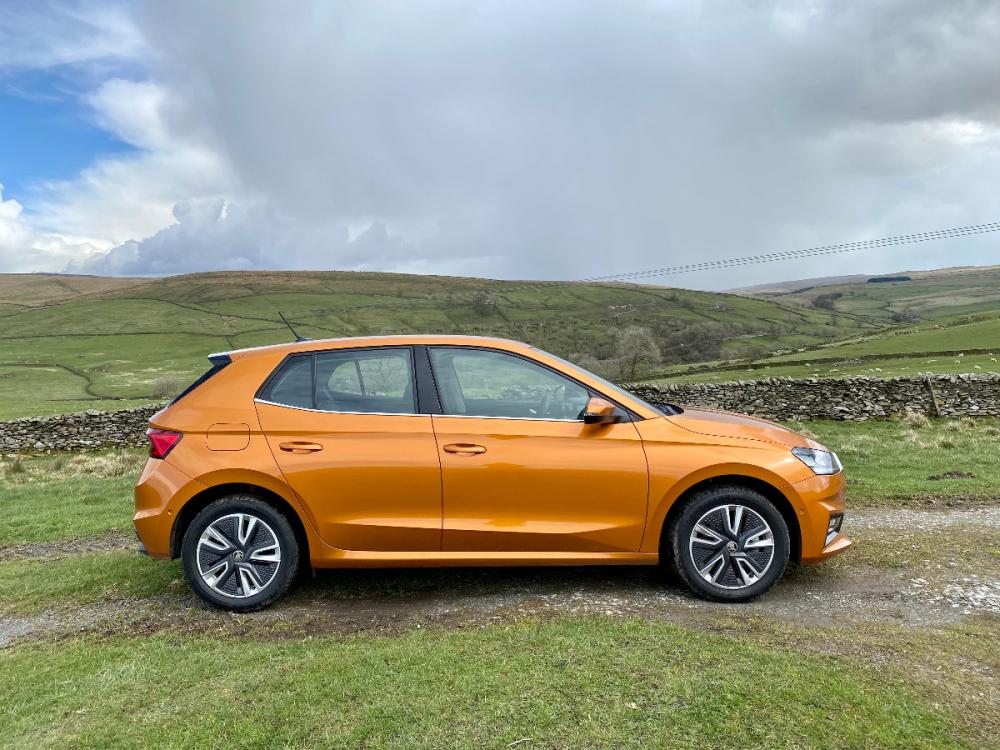 More comfortable seats with a central armrest will be appreciated, but dual-zone air conditioning and a 9.2-inch touchscreen with Amundsen navigation are also worthy of note.

Last but not least are the Colour Edition models, featuring privacy glass, gloss black alloy wheels and door mirrors painted in the roof colour for a distinctive look. There’s even an umbrella in the door pocket, a nice touch. 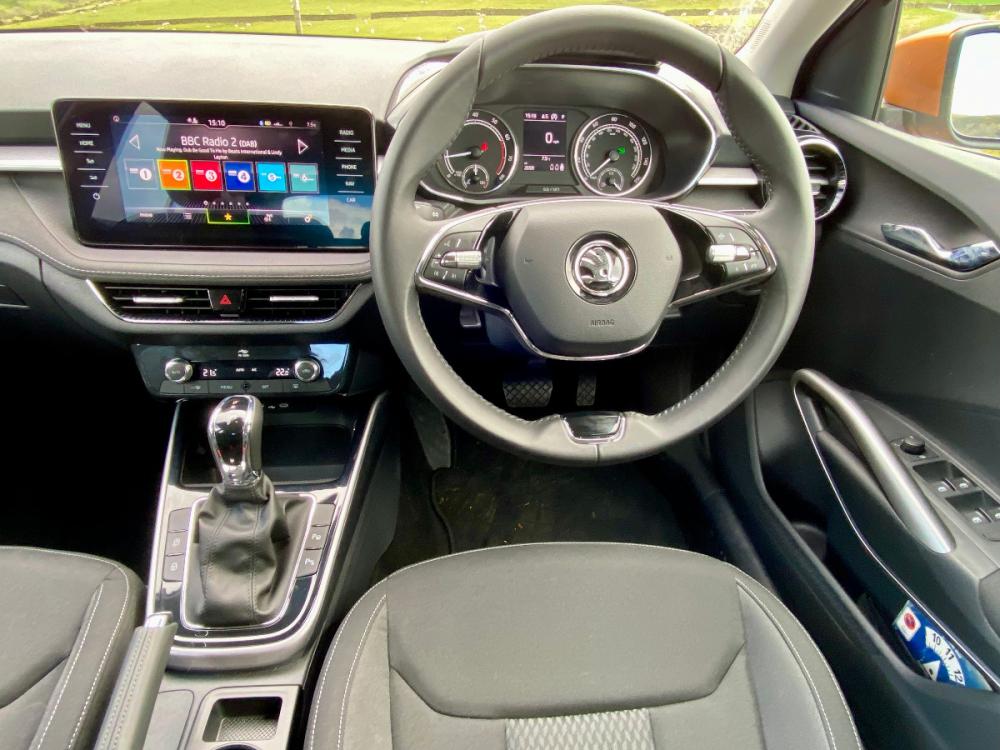 The Fabia has grown in length and now tops the four-metre mark for the first time. This equates to a bigger boot and improved passenger space. Legroom in the rear is still a tad tight if situated behind a tall driver, but probably on a par with the rivals.

In keeping with all other Skoda models, the new Fabia is also packed with clever details. These include body lines on the front doors that replicate the characteristic triangle of the Czech flag.

Inside, the Fabia maintains Skoda’s current interior design concept, its look characterised by a free-standing infotainment display that measures up to 9.2-inches. Large circular air vents and the new Fabia lettering on the sides of the instrument cluster add further visual appeal.

My test car was in SE L trim and fitted with the most powerful 110PS engine and the standard fit seven-speed DSG gearbox. On paper, the perky three-cylinder engine should be able to accomplish the 0-62mph sprint in just under ten seconds, but in practice, the rather dim-witted gearbox tended to ensure a rather leisurely move away from rest.

Even in Sport mode, the gearbox was so eager to change into second gear, that initial performance always felt somewhat lacklustre. 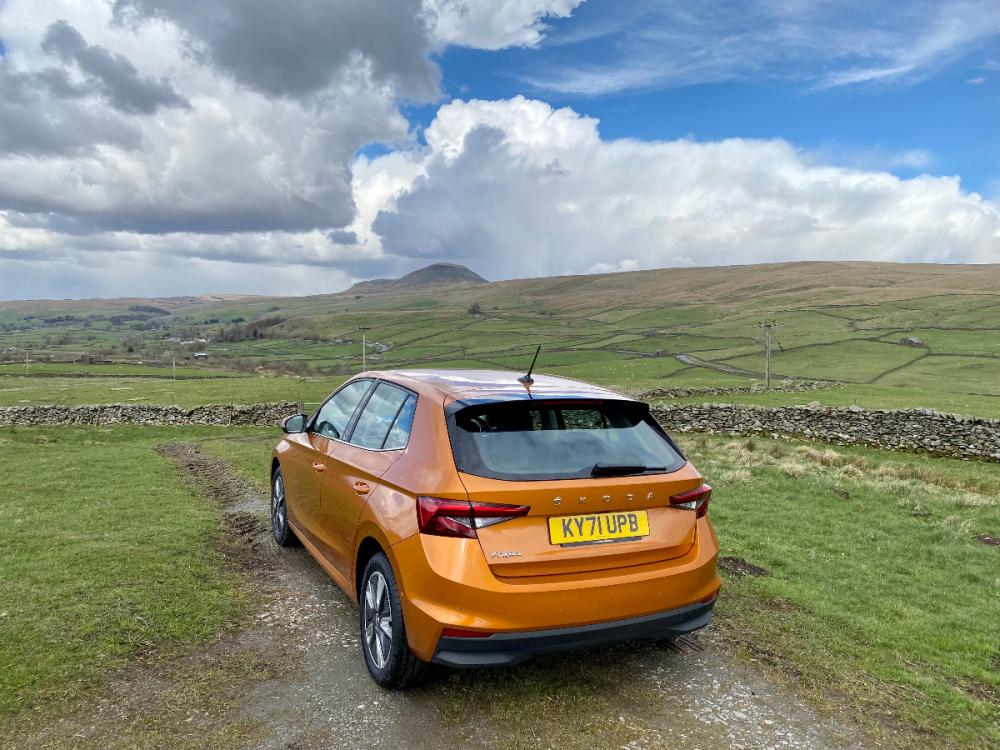 Once on the move, however, and the engine had got into its stride, the Fabia felt pleasantly brisk and cruised quite happily at motorway speeds. A return trip to London, which included plenty of miles in stop-start traffic saw the trip computer read a commendable 57mpg, up on Skoda’s official WLTP combined economy figure. Those with a more delicate touch could I am sure break the 60mpg barrier without too much difficulty.

The Fabia’s ride it tailored more towards comfort than handling and that is fine by me. Road imperfections are dealt with in a competent manner and on the twisty sections of my regular test route, safe and secure would best sum up the Fabia’s cornering prowess. A little more steering feel would not go amiss.

Many long hours on the M1 gave me ample opportunity to assess the car’s interior. The dash layout is neat, the touchscreen easy enough to use and fairly high-quality materials lift the car above the masses.

I would strongly recommend the SE-L trim, though I would be inclined to drop down to the 95PS engine with six speed manual gearbox as the DSG self-shifter failed to delight. 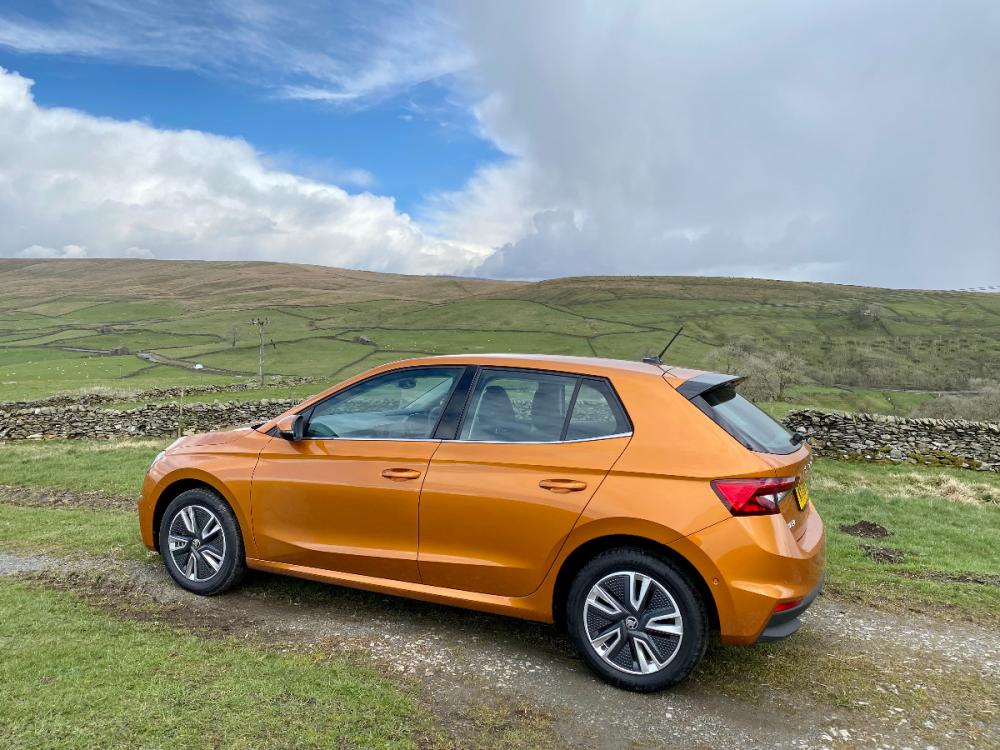 To that I would add the ‘Winter Package’ which includes heated front seats and steering wheel to the specification. This option was sadly lacking on the test car and would have been appreciated on several frosty mornings.