Faster Than A Speeding Bullitt – Mustang 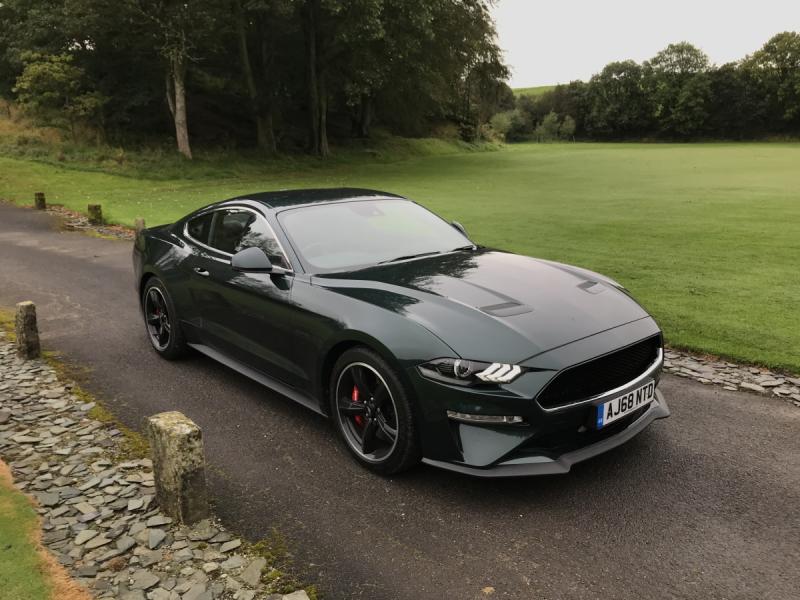 I am happy to admit that I love the Ford Mustang and was delighted when Ford made the decision to produce a right-hand drive version back in 2016.

I have been lucky enough to spend a good deal of time behind the wheel and have enjoyed every mile, even in versions not powered by the sonorous V8 engine.

To celebrate the 50th anniversary of the iconic movie ‘Bullitt’, Ford has introduced a Mustang Bullitt limited edition. Available in Shadow Black or Dark Highland Green, the latter must surely be the default choice, matching as it does the 1968 Mustang piloted by legendary screen actor Steve McQueen in the film. 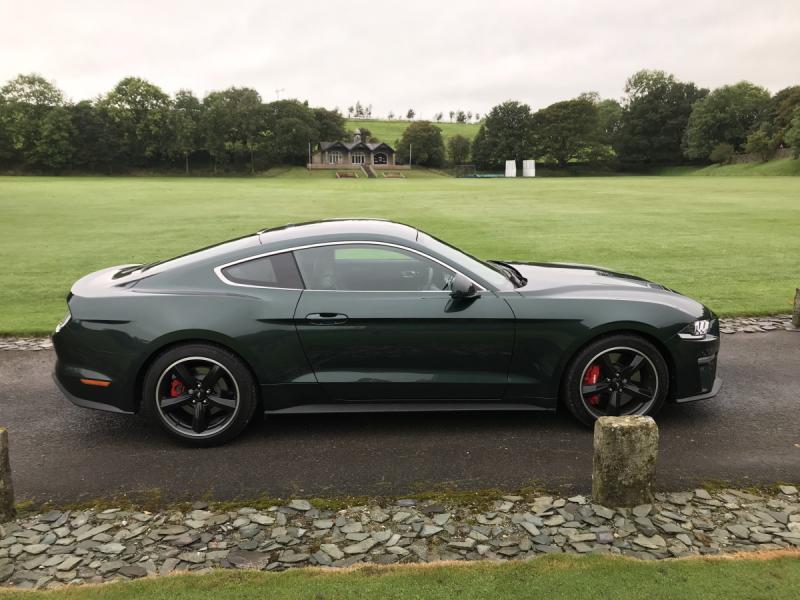 For those younger petrolheads reading this article, make time to watch Bullitt and see what many consider to be the greatest movie car chase of all time.

The familiar Mustang shape is now widely recognised by the automotive cognoscenti, but for those less informed, the lack of Mustang or Ford badges does confuse. The word Bullitt on the rear is the only clue as to the car’s identity and I rather like that.

Other visual enhancements include unique 19” 5-spoke alloy wheels and a new front grille.

Climb aboard and luxuriate in the super comfy Recaro seats with green detailing, whilst reaching for the white cue ball gearknob.

More Bullitt badging is apparent, just in case you need a timely reminder. 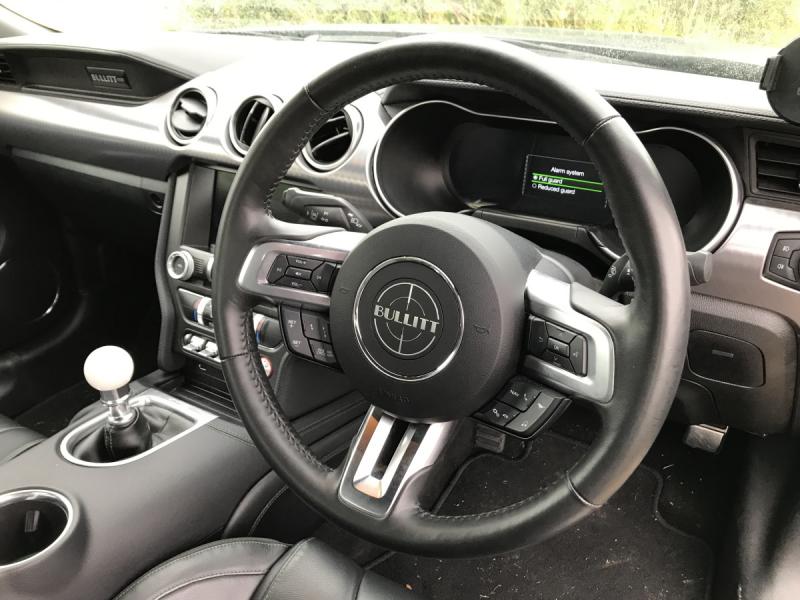 Under the long bonnet, or perhaps I should say hood, sits a slightly more powerful 5.0-litre V8 engine (459PS) which is mated to a slick six-speed manual gearbox. If you want the ten-speed automatic, you will have to forgo the Bullitt model.

Heavy-duty front springs and an upsized rear sway bar are fitted and the chassis specially tuned for an even more dynamic driving experience.

A limited slip differential helps to put all the power down without drama or fuss and the selectable drive modes allow the driver to tailor the car to their mood or driving conditions.

When the Bullitt variant was announced I put my name down for an early drive. The queue was long, but having just spent ten days behind the wheel, it was worth the wait.

All the familiar Mustang V8 traits are there to enjoy, but everything is just that little bit better. The handling is noticeably sharper, the V8 slightly more sonorous. 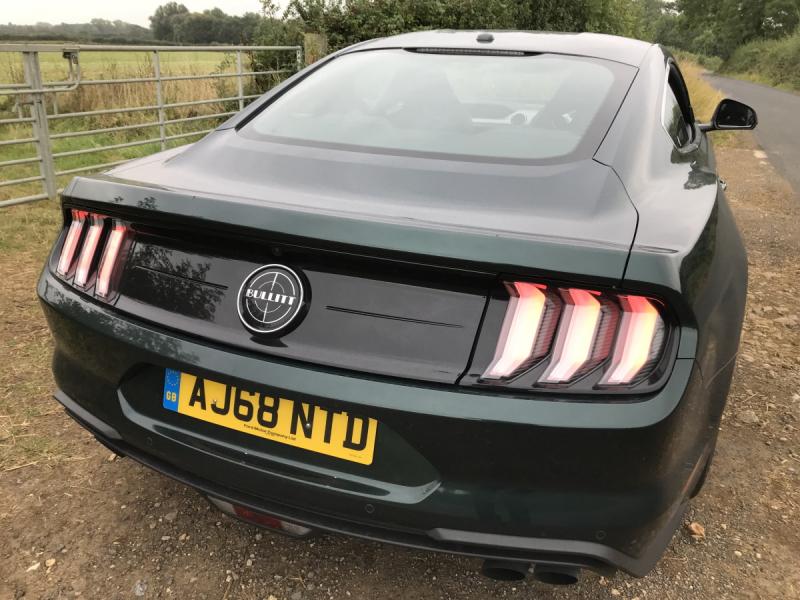 A long motorway trip down south showed the Bullitt to be an able cruiser, with wind and road noise well supressed. After four hours without a break, I immerged from the cockpit ache-free and happy. I had also recorded just over 30mpg, an impressive showing and considerably better than the combined 23.9mpg quoted by Ford.

Later in the week I was able to take the Mustang on a trip to Northumberland, where the roads are largely traffic free and suitably challenging. Here the celebratory coupe was at its best, shrinking the distance between corners and shrugging off the need to slow down for them. And with the windows down, the sound of the V8 engine reverberating off the dry-stone walls, was music to this petrolhead’s ears.

So what are the downsides Mustang ownership? Well adults will not enjoy a ride in the back seats and cabin quality is a little disappointing.

Other than that, there is so much to enjoy and that I did for over 700 miles – the handling, the sound, the power… 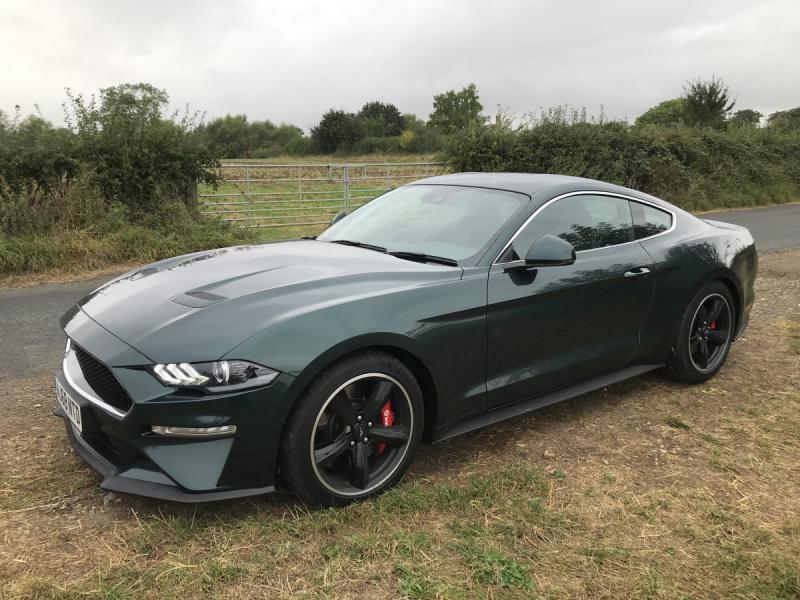 At the best part of £50,000 the Mustang Bullitt is not cheap, but what price exclusivity and perhaps anonymity? A real head-turner, why not take a test drive in this glorious slice of Americana before spending your cash on one of the usual Teutonic rivals. You won’t regret it.