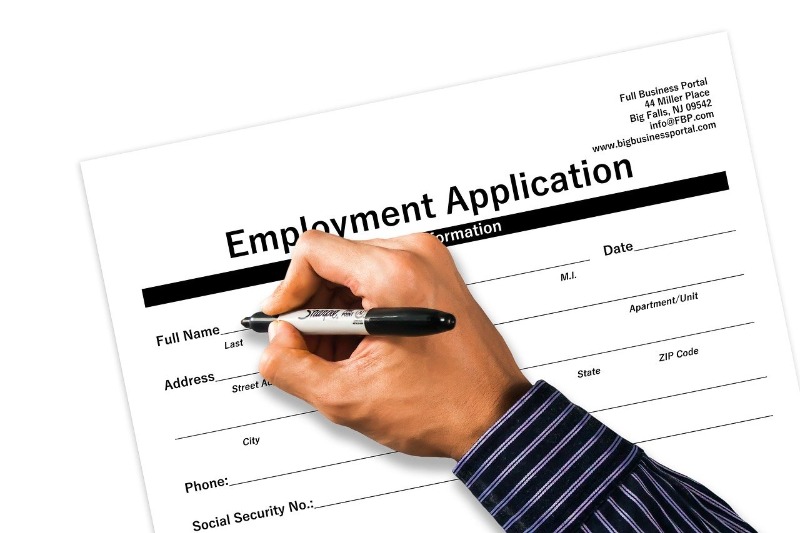 Image by Gerd Altmann from Pixabay
The latest KPMG and REC, UK Report on Jobs: North of England pointed to the fastest rise in permanent staff appointments in the region since July.

The report, which is compiled by IHS Markit from responses to questionnaires sent to around 100 recruitment and employment consultancies in the North of England, revealed a solid increase in permanent placements, but a softer rise in temp billings. Demand for both permanent and temporary workers rose at faster rates than seen on average across the UK. Meanwhile, permanent labour supply fell at the slowest pace since April 2017.

Recruiters in the North of England reported a marked increase in permanent appointments in the final month of 2019. The rate of growth accelerated to the quickest since July and outpaced the national average. Anecdotal evidence attributed the latest upturn to stronger demand for workers.

Across the UK as a whole, permanent staff appointments increased for the first time for 12 months. That said, the uptick was only mild overall and subdued in the context of historical data. Driving the overall rise were increases in three of the four monitored English regions. The South of England was the only region to report a decline in December.

Temporary billings in the North of England continued to increase during December, but the pace of expansion edged down to a five-month low. In fact, the latest rise was moderate and slower than the average seen across the UK as a whole. At the national level, temporary billings expanded at the joint-fastest rate since April, albeit modestly overall. All four of the monitored English regions signalled an uptick in temp billings, with the Midlands recording the quickest rise, followed by London. The softest increase was reported in the South of England.

Demand for both permanent and temporary workers in the North of England continued to increase in the final month of 2019. Permanent vacancies in the region rose at the quickest pace for three months and solidly overall. The rate of growth was again quicker than that recorded at the national level. Similarly, there was a faster increase in temporary staff demand during December. The latest rise was the fastest since July and sharp overall.

The supply of permanent workers in the North of England continued to fall during December, extending the current run of deterioration that began in February 2013. Though solid, the rate of decline eased to the softest for over two-and-a-half years. When explaining the latest reduction in permanent availability, some recruiters suggested that workers were unwilling to move jobs amid uncertainty surrounding Brexit and the UK general election. At the national level, permanent candidate availability also continued to deteriorate. The latest reduction was the softest for three months, but marked nonetheless, driven by falls across all four monitored English regions. The steepest contraction was seen in the South of England.

The availability of temporary workers in the North of England increased for the second month running during December. That said, the rate of growth softened from November and was only marginal. Some recruiters suggested that increased temporary labour supply was due to the impending changes to IR35 legislation. Across the UK as a whole, temp labour supply fell during December, as has been the case in each month since July 2013. The rate of decline was the quickest for six months and sharp overall. At the regional level, the fastest deterioration was reported in the Midlands, followed by the South of England.

As has been the case throughout 2019, starting salaries for permanent staff in the North of England rose markedly in December. The rate of inflation was fractionally softer than that registered in November, but remained stronger than the national average. Recruiters often linked higher pay offers to attempts to attract suitably skilled workers. Across the UK as a whole, data also pointed to a further increase in starting salaries for permanent staff. The rate of inflation accelerated from November and was sharp overall, with all four of the monitored English regions recording a rise.

Remuneration awarded to temporary workers in the North of England continued to rise in December. The rate of inflation accelerated from November, when it was the slowest since February 2018. That said, the latest increase was softer than the long-run trend. At the national level, temp staff wages also rose, with wage inflation quickening from November to a solid rate. Of the four monitored English regions, pay growth was most marked in the South of England and London


Also by Andrew Palmer...
10 in 10 Chris Oldroyd MD Inprotec10 In 10 – Chris Jones, SpeedQuizzingChamber of Commerce Chief Praises Yorkshire Businesses' Steadfast DeterminationBCC Chief - Dr Adam Marshall: Take Bold Steps To Help UK Business Thrive‘East-west Divide’ Sees Manchester Pull Ahead In Northern Powerhouse Enterprise Race
Commenting on the latest survey results, Euan West, office senior partner for KPMG in Leeds, said: “With last month’s general election providing some future clarity for the economy, we’re seeing a knock-on effect in confidence, with employers in the region exploring growth plans which will require support from the right mix of talent. If the jobs market continues to loosen in 2020 job-seekers will be increasingly pursuing new opportunities with the wind of ongoing pay inflation behind them.”

Recruitment & Employment Confederation chief executive Neil Carberry said: “After the uncertainty of 2019, there are some signs of a clearer outlook for hiring in today’s survey. With a new government in place and the path ahead looking more predictable, some businesses have decided that they have waited long enough. The first increase in permanent placements for a year should give encouragement to both recruiters and employers – let’s hope this is a sign of positive things to come.

“Feedback from recruiters shows that the upcoming IR35 changes are affecting both placements and the availability of flexible workers. This is a delicate period for the jobs market, and is the worst time to push through sweeping changes to the way we tax contractors. It is right that government engages further with business on the changes, but they should also delay implementation until next year to allow time for a full, independent review and effective regulation of the umbrella sector. As it stands, the government risks damaging ethical businesses and encouraging non-compliance.”