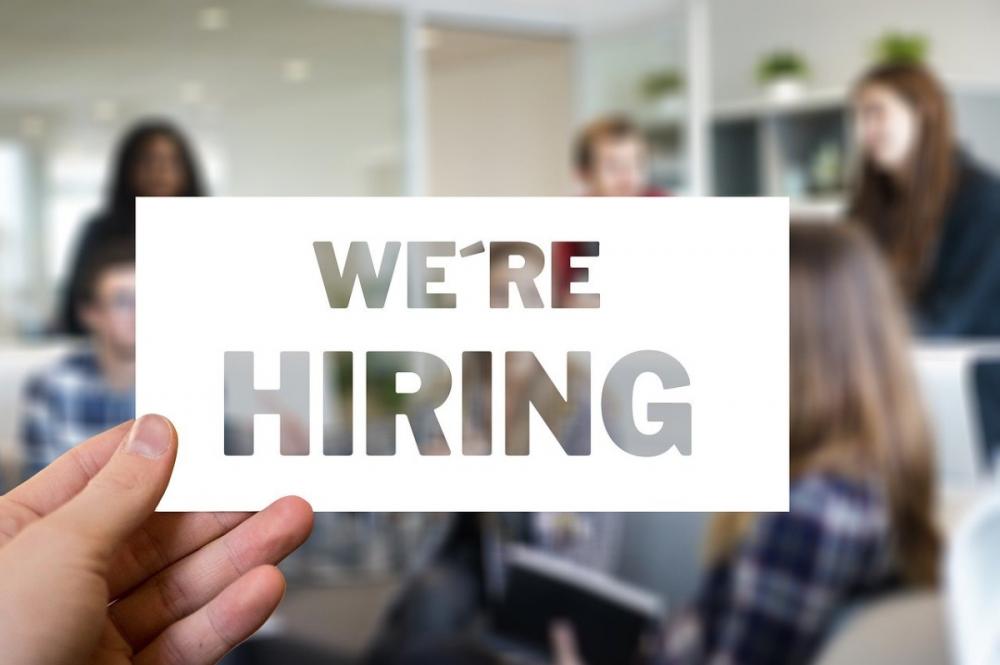 The latest KPMG and REC, UK Report on Jobs: North of England, pointed to the quickest rise in permanent staff appointments in the region for eight months.

The report, which is compiled by IHS Markit from responses to questionnaires sent to around 100 recruitment and employment consultancies in the North of England, revealed a marked increase in permanent placements, but a softer rise in temp billings. Demand for both permanent and temporary workers grew at accelerated rates which were the fastest recorded across all four monitored English regions. Meanwhile, permanent starting salaries and temp wages both continued to rise, but inflation rates softened.

For the fifth month in a row, recruiters in the North of England recorded a rise in permanent staff appointments. Moreover, the rate of growth was the quickest since last May and sharp overall. Some panellists mentioned higher demand for workers due to an easing of Brexit-related uncertainty following the general election. Across the UK as a whole, permanent placements also increased, extending the current sequence of growth to two months. The pace of expansion quickened from December and was solid overall, albeit subdued in the context of the series historical data. At the regional level, there was a rise in permanent placements in the South of England, while both the Midlands and London posted renewed reductions, with the rate of decline slightly quicker in London.

Although temporary billings in the North of England continued to rise in January, the latest increase was only slight overall. In fact, the rate of growth eased to the slowest in the current six-month sequence of expansion. However, the result contrasted with the UK-wide trend where there was a fractional reduction. The national contraction was driven by declines in both London and the South of England, with London noting the quicker reduction.

Demand for permanent workers across the North of England continued to rise in the first month of 2020. Moreover, the rate of growth accelerated to the quickest for eight months and was stronger than the national average. Similarly, recruitment firms in the North of England reported a sharp increase in temporary vacancies during January. The pace of growth was the fastest recorded across the four monitored English regions.

As has been the case in each month for the past seven years, the availability of permanent staff in the North of England deteriorated during January. The rate of decline accelerated from December and was historically marked, but remained softer than the UK-wide average. At the national level, the rate of contraction was the softest since September last year. The reduction was driven by falls across all of the four monitored English regions, the sharpest of which was recorded in the South of England, followed by London.

After two months of successive increase, there was a fall in the supply of temporary workers across the North of England during January. That said, the rate of decline was only marginal overall, and two of the other three monitored English regions recorded faster reductions, namely the Midlands and the South of England. Across the UK as a whole, the supply of temporary candidates fell further during January, as has been the case in each month since July 2013. Moreover, the pace of decline was the fastest for seven months and sharp overall. Of the four monitored English regions, the Midlands recorded the quickest fall in temp labour supply. London was the only region to record an increase.

Permanent starting salaries across the North of England continued to increase at the start of 2020. However, the rate of inflation eased to the softest for three months and was slightly weaker than the national average. When explaining higher pay, recruiters continued to cite skill shortages. Across the UK as a whole, the rate of salary inflation eased to the slowest since July 2016. All of the four monitored regions reported an uptick, the sharpest of which was in the Midlands.

Remuneration received by temporary workers rose further in January, but the rate of inflation decelerated to the slowest for almost two years. The latest increase was the softest recorded across the four covered English regions and only moderate overall. At the national level, the rate of wage inflation eased from December and was among the lowest seen in the current 84-month sequence of increase. London recorded the quickest rise of the four monitored English regions


KPMG's Euan West
Commenting on the latest survey results, Euan West, office senior partner for KPMG in Leeds, said:
“As anticipated, we’re seeing the job market throw off some of the shackles associated with months of economic uncertainty. Firms are seeing the first half of this year as an opportunity to press ahead with their growth plans, despite the fact there’s a long way to go until the region’s businesses have the clarity they need, due to ongoing EU trade and regulatory negotiations. As a result, the demand for highly skilled workers has accelerated significantly putting job-movers in a strong position to boost their prospects.”

Recruitment & Employment Confederation chief executive Neil Carberry said: “It’s good to see that businesses have grown in confidence over the past two months and taken the opportunity to start hiring. In the North permanent placements are up again, and demand for staff has risen at the quickest rate for eight months. This is good news for employers, recruiters and candidates – all three can now get on with making the economy flourish in 2020.

“But the upcoming IR35 reforms are having a negative impact on the availability and placement of temporary workers. It is vital that people pay the right amount of tax and that the system is fair, but for both of those things to happen we think the government needs to pause and think again on how IR35 changes. The temporary labour market is being stifled, and that’s not good for employers or our economy.”