Ferrari, the only team to have competed in every season of Formula 1 since it began back in 1950, has launched its 2020 challenger in great style at the Romolo Valli Municipal Theatre in Reggio Emilia, 30 miles from their base at Maranello in northern Italy. 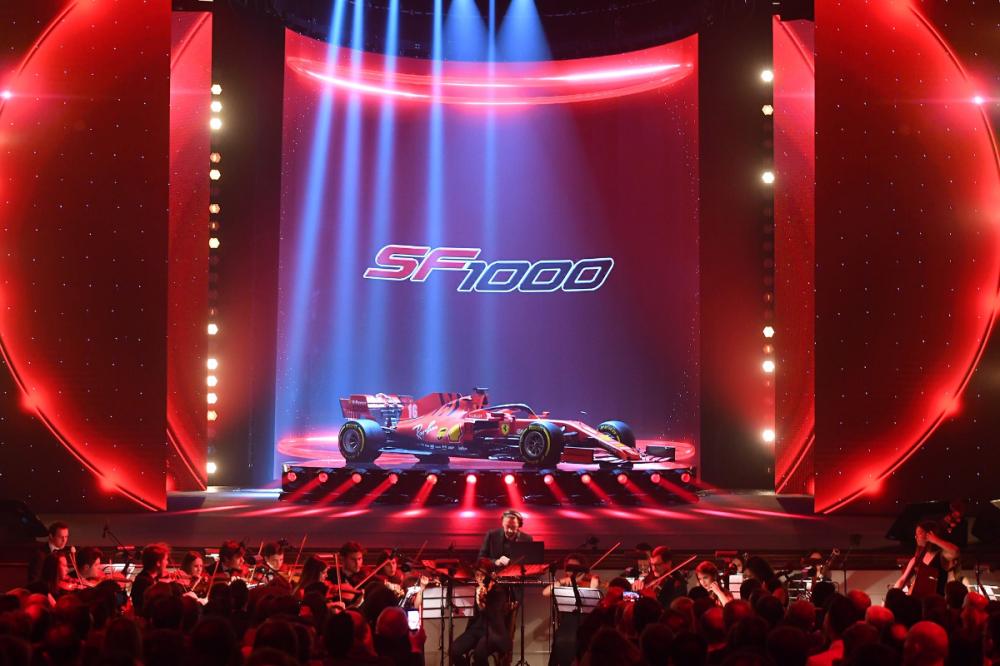 The new SF1000 takes centre stage at the launch
The city of Reggio Emilia is known as the birthplace of the “il Tricolore” green, white and red Italian flag and fans of the iconic marque all around the world will be hoping for plenty of reasons for waving Italian and Ferrari flags during the coming season after the Scuderia last won a drivers world title with Kimi Räikkönen way back in 2007 and its most recent constructors championship success was just a year later. 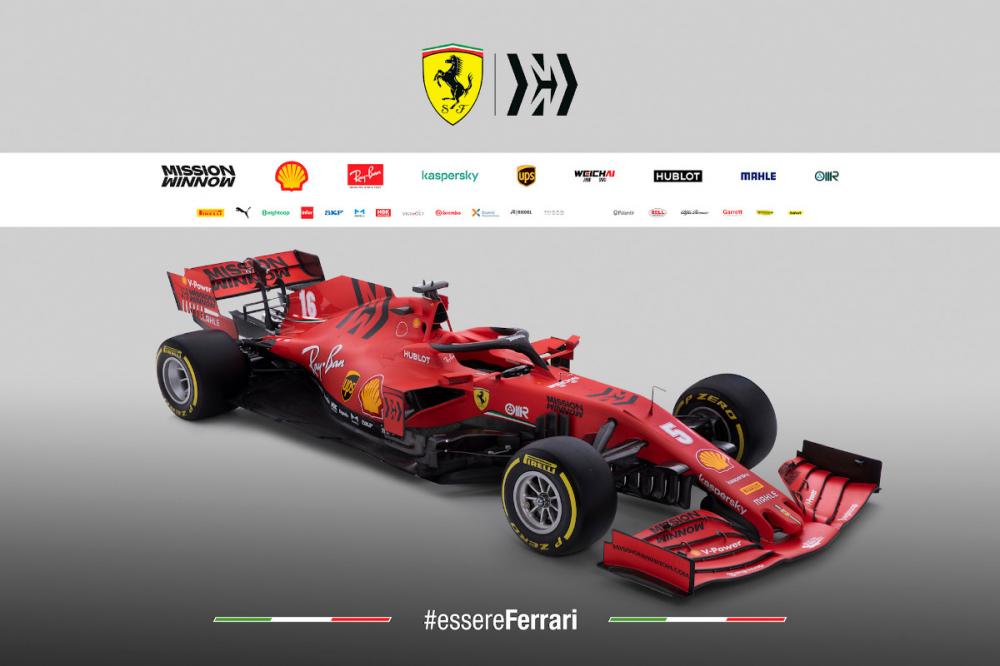 The car Ferrari hopes will end their long wait for further titles
Ferrari has been the first team to show its new car in public after Haas revealed images of its new challenger last week and on Monday Mercedes showed off its new livery, albeit on last year’s car. In total contrast to when the Williams team used to simply roll its new car out of a dusty concrete garage at a circuit just before the start of pre-season testing, the latest Ferrari launch was truly dramatic, featuring a local youth orchestra, electronically synthesised sounds, a choir and acrobats before members of senior management and the drivers plus of course the new car took to the stage. 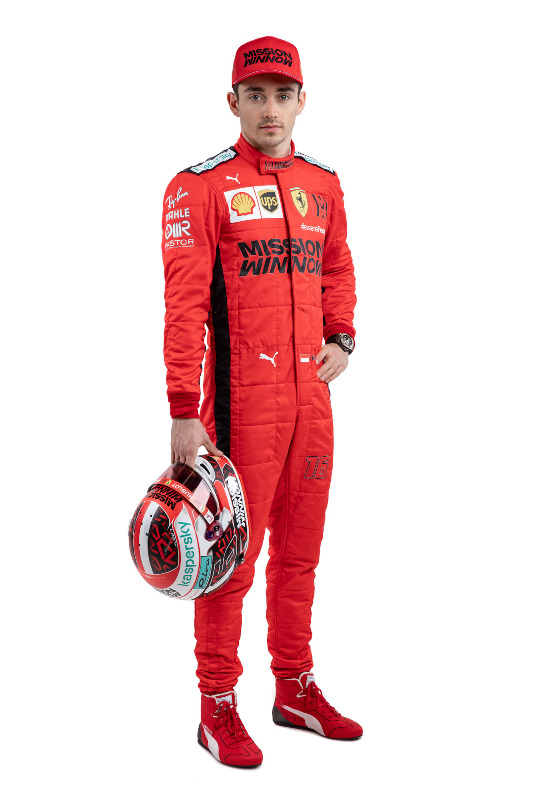 Charles Leclerc - a future world champion?
All the F1 teams know that 2020 will be another long season and with the added challenge of also designing and producing their new cars for 2021 when the regulations will be very different.

Ferrari has called its 2020 car, which is an eye-catchingly redder colour than its predecessor, the SF1000 as during this campaign the team will contest its 1000th Grand Prix and team principal Mattia Binotto commented on the chassis’ slim body shape and their intention to maximise downforce.

The outfit has retained both last year’s drivers for the upcoming season and so the 22 year old Charles Leclerc and Sebastian Vettel, ten years his senior, will be looking to firstly beat each other (always so important for a racing driver) and also fight for victories and a potential world title. The Monégasque Leclerc made his F1 debut for Sauber in 2018 before producing some stellar displays for Ferrari last year, ending up one place above his far more experienced team-mate in the drivers standings. 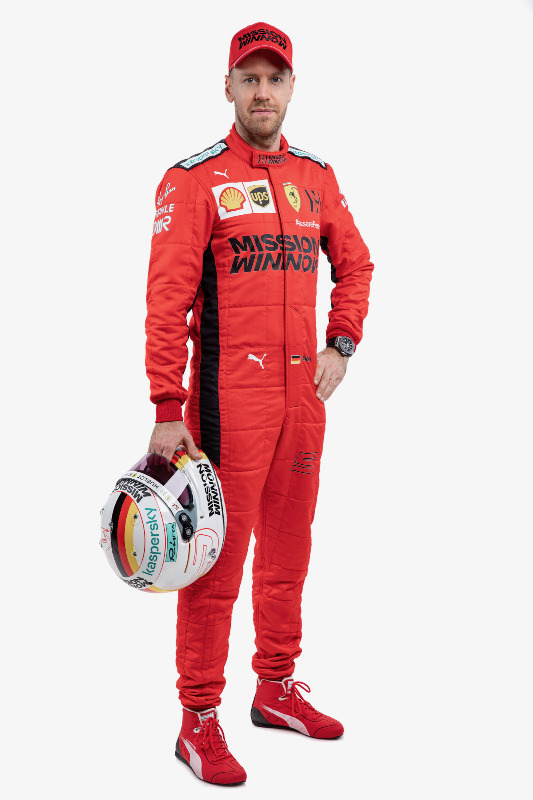 Will four time champion Sebastian Vettel fight back in 2020?
The potential brilliance of quietly spoken Leclerc was quickly recognised by Ferrari’s management and late last year his contract was extended until the end of the 2024 season, a remarkable five years away. In contrast, Vettel, married with three young children, has a current contract which expires at the end of this year and so far his team has yet to offer him anything further. As a result, so much will depend on how the four time German world champion performs this season.

During the launch Vettel and Leclerc spoke in both English and Italian, the former enthusing “You can really spot the differences between last year’s car and this one, particularly with the rear packaging, and I can’t wait to drive it” and Leclerc adding “My approach for this year will be different as I know the team better now and I’ve learned from my past mistakes.”

Over the winter Vettel, looking ahead to his options for 2021 onwards, did have discussions with Red Bull, but the team indicated that the financial commitment to Max Verstappen’s high value contract, just extended to the end of 2023, would prohibit them from signing a second driver whose salary would be significant.


Also by Graham Read...
An Update About This Year’s British Grand Prix Plus Other F1 SnippetsAzerbaijan Joins The List Of Cancelled And Postponed F1 Grands Prix﻿Prince Albert Tests Positive For COVID-19 As Monaco Cancels Its Postponed Grand PrixMay’s Dutch, Spanish And Monaco Grands Prix Postponed Due To CoronavirusThis Year’s Formula 1 Season May Not Start Until The End Of May
Vettel worked very closely with Andreas Seidl, the McLaren team principal, during his Formula BMW days as he climbed the motorsport ladder towards F1 and a potential seat there in a 2021 Mercedes powered car should not be dismissed, even if the outfit is currently quite happy with its Carlos Sainz/Lando Norris driver pairing. However, if Vettel enjoys more success with Ferrari this year than last, talk of a possible move elsewhere or even retirement will fade away.

The Ferrari event will be followed by five further F1 car launches this week as more of its rivals reveal their hand, so please watch out for more coverage and photos during the coming days.