Ferrari Woes Hand A 1-2 Finish To Mercedes In Russia 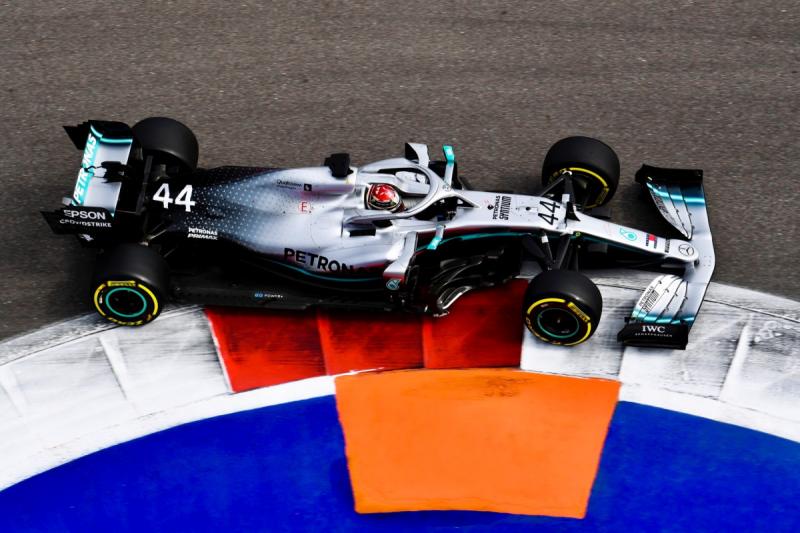 Ferrari woes helped Lewis Hamilton take an unexpected victory in his sleek silver arrow
A resurgent Ferrari arrived in Russia, buoyed by three consecutive victories and with the usually dominant Mercedes outfit for once on the back foot, but mid-race bad luck for the Scuderia handed an unexpected 1-2 finish to the German team at the Sochi circuit on the Black Sea.

Major announcements were made by the McLaren and Renault F1 teams in Russia, explaining that McLaren will switch from current power unit supplier Renault to Mercedes with effect from the start of the 2021 season. The Woking based outfit believes Mercedes power will be its best option as it gradually seeks to climb back towards the top of the Formula 1 pecking order.

The forthcoming split with Renault seems to have been amicable and Mercedes will have an additional income stream whilst apparently not feeling threatened competitively by McLaren ontrack. The Mercedes Team Principal Toto Wolff denied that this move might be a step towards the current works team withdrawing from the sport. Also, in these highly political times with ongoing discussions about potentially contentious regulation changes the German manufacturer would now expect McLaren to side with them when it comes to crucial F1 votes at the negotiating table. 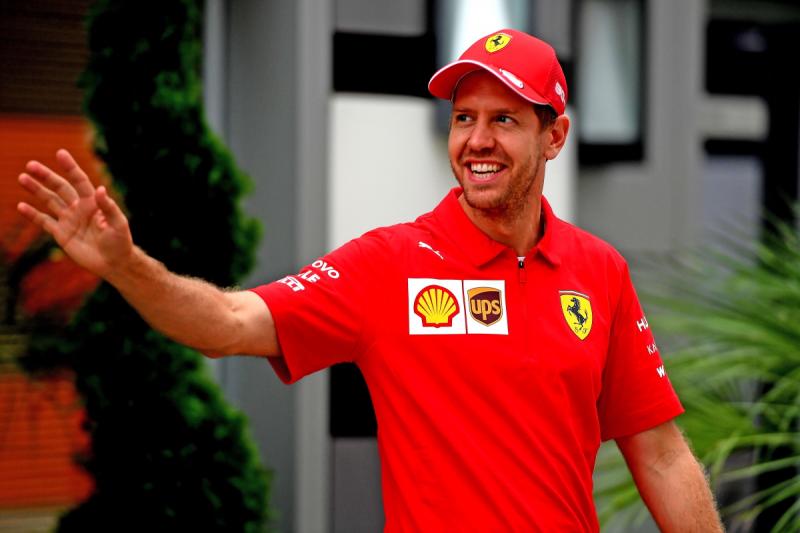 Sebastian Vettel had plenty to smile about before the race, if not after his enforced retirement curtailed another strong performance in his Ferrari
Elsewhere in the paddock, Ferrari’s Charles Leclerc, whose rise through the Formula ranks has been prodigious, publicly apologised for what he now understands were unacceptably negative comments about his own team over the radio just days earlier in Singapore and promised to “shut up” in future. The 21-year-old Monegasque had been wisely counselled to just let his outstanding driving ability do the talking from now on, which it will, although on Sunday afternoon he was to appear to have very much forgotten his own promise!

Leclerc’s natural speed was evidenced as early as Friday’s opening free practice session when his red car went fastest, if only marginally ahead of Red Bull’s Max Verstappen. However, the tables were reversed in second practice when Verstappen headed Leclerc, followed by Mercedes’ Valtteri Bottas and Lewis Hamilton plus the other Ferrari piloted by Sebastian Vettel.

The following day Leclerc was again the man to beat as the pair of Ferraris dominated final practice ahead of the two silver arrows of Mercedes and come the subsequent qualifying hour he looked like a man on a mission, his mission being to claim a fourth consecutive pole position which he duly achieved in fine style. Hamilton pipped Vettel to claim the other front row starting position, if four tenths off the pace of the polesitter, and Verstappen finished fourth fastest, although a five place grid penalty for a new internal combustion engine meant he was destined to start the following day’s Grand Prix ninth on the grid. 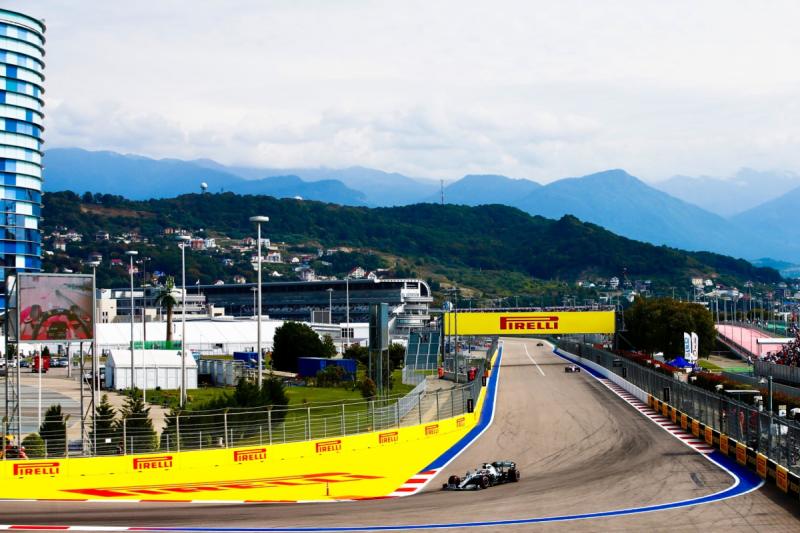 Sochi’s F1 circuit is attractively located between the Black Sea and the surrounding mountains
The Sochi circuit is constructed around the site of the 2014 Winter Olympics and its layout has often led to early contact and off-track excursions as it’s an almighty 890 metre blast from the grid down to Turn 2 for the first braking zone. This was evidenced in the pre-Grand Prix second Formula 2 race of the weekend when chaos reigned, red flags flew and two drivers were hospitalised, if fortunately not seriously hurt.

F1 poleman Leclerc had his own pre-race concerns that starting at the front could actually be a disadvantage due to the aerodynamic tow benefit for the guys behind chasing hard and Hamilton was also well aware that Mercedes had chosen to start him on medium specification tyres, whereas the two Ferraris sandwiching him would be on the soft alternatives, in theory giving the latter an early performance advantage if lasting for a shorter period of time.

The pre-race tension built nicely on a warm sunny afternoon in this highly popular Russian coastal resort as a posse of fighter jets put on an ear-shattering display overhead and when the red lights went out the high speed action simply continued, if on terra firma now.

Ferrari managed to make life very difficult for itself by surprisingly telling its drivers in a pre-race briefing that if Vettel benefitted from a tow at the start and gained the lead the German should then hand the position back to his team-mate. An unusual strategy and one which was to cause the team’s management a major problem when Vettel made a superb start and quickly passed both Hamilton and Leclerc by Turn 2.

An opening lap Safety Car period intervened when Daniel Ricciardo, Antonio Giovinazzi and Romain Grosjean proved that three into one doesn’t go and the Franco-Swiss Haas driver came off worst, stranded in the barriers. 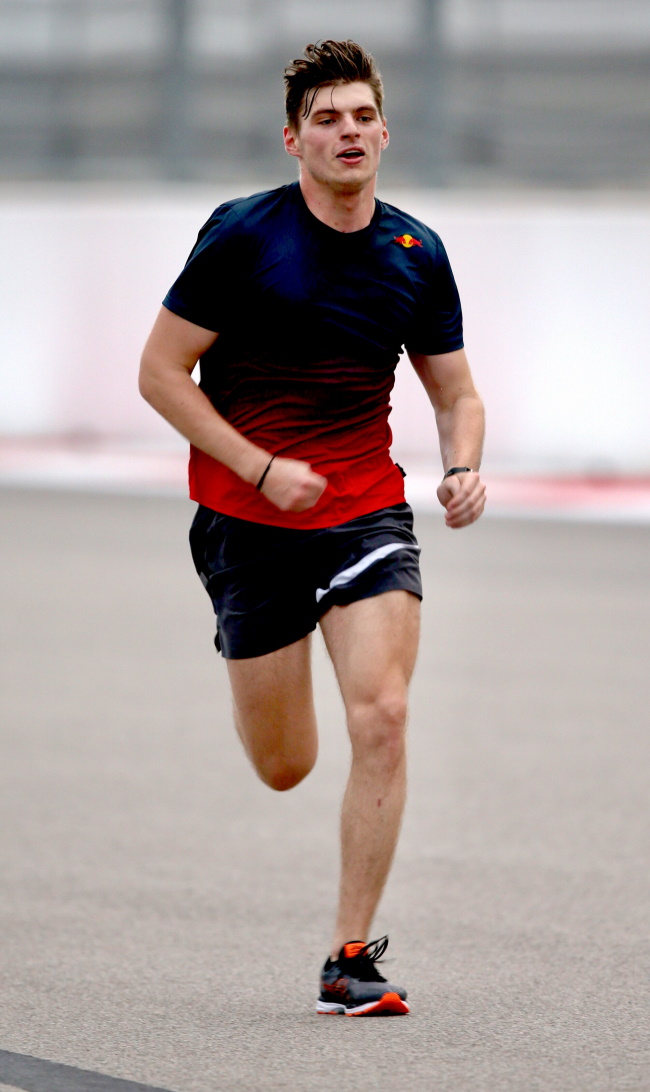 Red Bull’s Max Verstappen pounding round the track without his Red Bull car!
At the end of the third tour racing resumed, with the two Ferraris out front followed by Hamilton and a flying Carlos Sainz in his McLaren. The leading Vettel quickly reasserted his authority, pulling clear of the other Ferrari, and understandably wasn’t happy when told to slow down to let Leclerc past. The multiple champion’s response was simply to say Leclerc should catch up with him first before agreeing to any such change. This prompted a series of complaints over the radio from the young Monegasque about not being allowed into the lead even though he couldn’t catch his team-mate. Memories of similar spats between Hamilton and Nico Rosberg at Mercedes and years earlier Ayrton Senna and Alain Prost at McLaren sprang to mind!

By lap 17 Vettel had extended the lead over his team-mate to over four seconds, whilst Verstappen was gradually making his way up the order in his Red Bull to fifth from his ninth place starting position. Five tours later Leclerc pitted to switch to medium tyres, but Ferrari kept Vettel out on worn tyres for four further laps before bringing him in for the same change of rubber. The delay meant the erstwhile leader rejoined the fray now behind his young apprentice.

Things were about to get terminally worse for Vettel though when his car’s MGU-kinetic component failed and he was forced to retire the car, showing his frustration with the current hybrid engines which are technically brilliant but often rather fragile by saying over the radio “Bring back the (bleep) V12s!”. A reference to a former type of F1 engine which had so much power, made a glorious noise but would be less environmentally acceptable in modern times.

Ferrari’s day was about to get worse still though as the recovery of Vettel’s stranded car required a Virtual Safety Car period and Hamilton and Bottas, who had yet to stop, were instantly ordered down the pitlane to switch to soft tyres, gaining a significant time advantage compared to pitting during normal racing conditions.

When the VSC period became a full Safety Car deployment after George Russell’s Williams had suffered a partial brake failure Ferrari brought Leclerc back in to change to soft tyres too, but as racing resumed Hamilton and Bottas were out front ahead of Leclerc, the new leader expressing his surprise that the Ferraris were now behind them.

Leclerc tried several times during the remaining laps to get close enough to Bottas to attempt a pass, but was never in a position to do so and thus the unexpected podium trio consisted of the Mercedes duo and Ferrari’s sole remaining driver, with Hamilton also picking up the extra point for the fastest race lap.

Red Bull ended up fairly happy with their points haul after Verstappen had reached the chequered flag in fourth position and 23-year-old British/Thai driver rookie Alex Albon had put in a storming drive from a pit lane start to finish right behind his team-mate. McLaren’s Sainz also deserved plaudits after a strong drive to a sixth place finish. 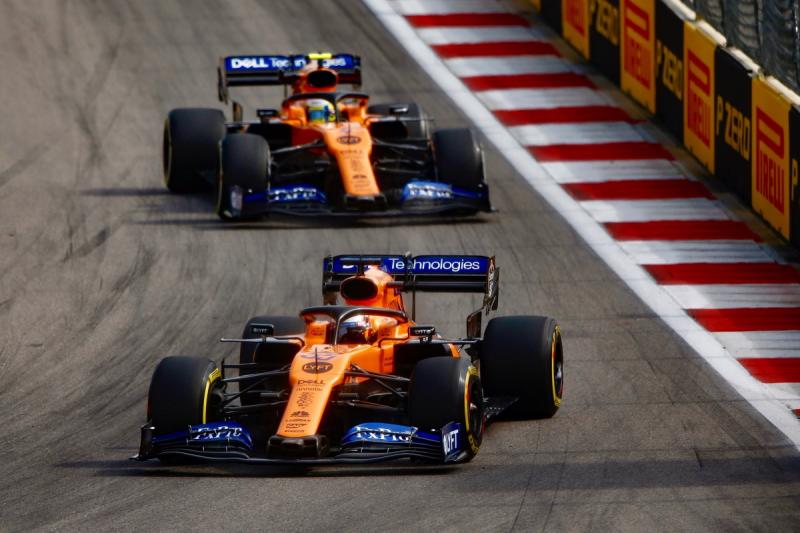 McLaren revealed in Russia that the team will be switching from Renault to Mercedes power wef 2021
There is an official F1 fan vote towards the end of every Grand Prix and it was perhaps a small comfort for the unlucky Vettel, who had been so dominant, that he topped the poll as driver of the day despite his enforced retirement. I am sure he would rather his car had not let him down though!

Next up comes this year’s Japanese Grand Prix at the legendary Suzuka figure of eight circuit, which has so often featured in the history of Formula 1 championships being settled in the past and will no doubt play its part again this year. It’s a track the drivers love as it sorts out the great from the merely very good and it will be fascinating to see who emerges on top this time round.