This afternoon Ferrari became the final Formula 1 outfit to reveal its livery for the forthcoming season after it had held a team launch back on 26 February. In an online event the SF21 was unveiled for the first time.

The new SF21 has an eye-catching new two-tone livery
What is most striking about the new livery is its two-tone nature, with a traditional Ferrari bright red changing into a burgundy colour at the rear, reminiscent of the shade used to celebrate the iconic team’s 1000th Formula 1 Grand Prix at Mugello in northern Italy last year. The name of the title sponsor Mission Winnow also features in bright green on the power unit housing. 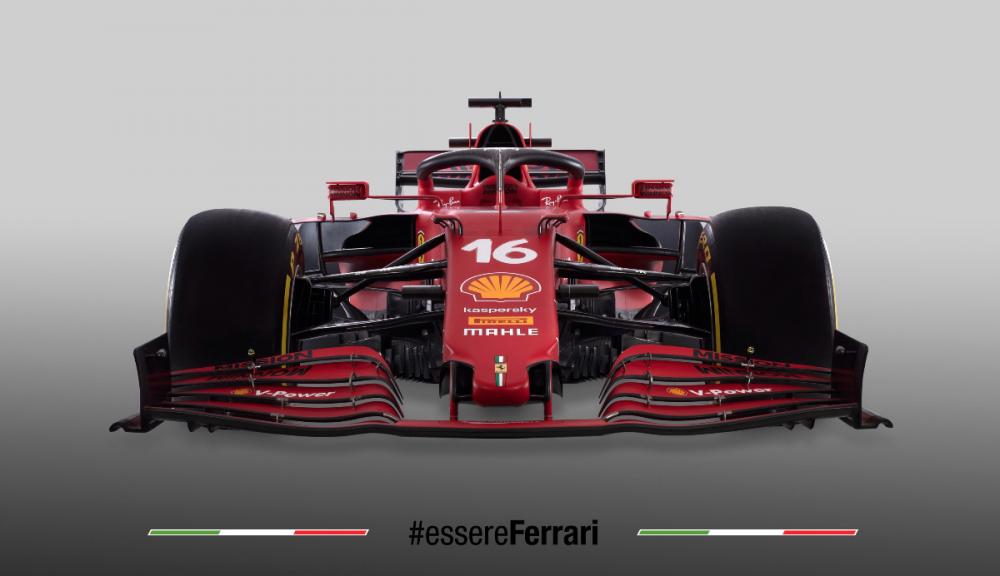 Ferrari hopes the new nose and front wing will prove effective
Ferrari has used the two design tokens allowed to each team to focus on a revised rear end to the car, with a new gearbox and suspension. Head of Chassis Enrico Cardile confirmed this strategy, whilst adding “We also developed a new front wing that works coupled with a new nose, but the front chassis and suspension are the same as last year’s SF1000.”

The team endured a very difficult 2020 season, its worst for 40 years, as it finished only sixth in the Constructors’ Championship, but with the changes outlined above plus an all-new power unit all those wearing the famous red overalls from Maranello will be very much hoping for a significant improvement this year, not to mention the Scuderia’s millions of Tifosi fans around the world. 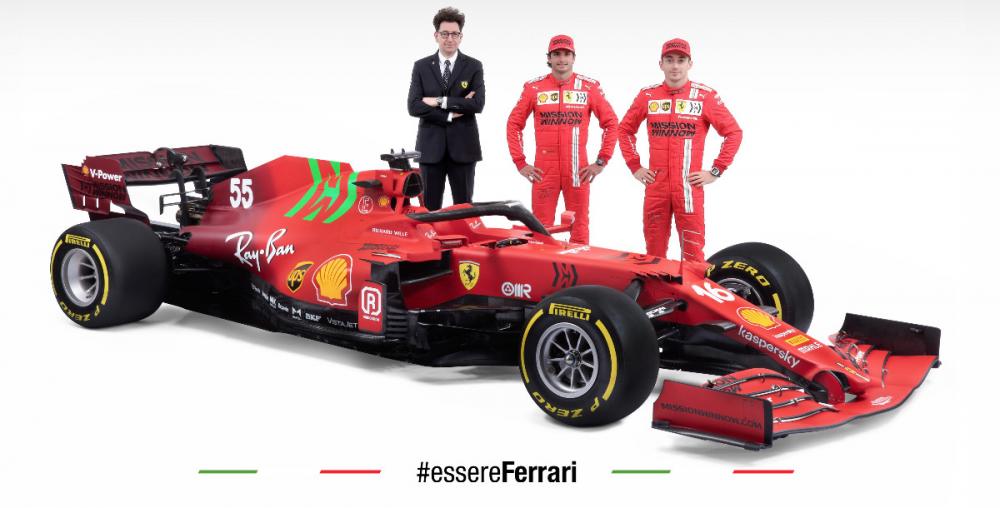 Team principal Mattia Binotto (left), Carlos Sainz (centre) and Charles Leclerc (right) with the SF21
The new car will be driven in Bahrain tomorrow by both Charles Leclerc and Carlos Sainz during a combined shakedown and filming day before the single three-day pre-season test for all teams begins at the same venue on Friday.