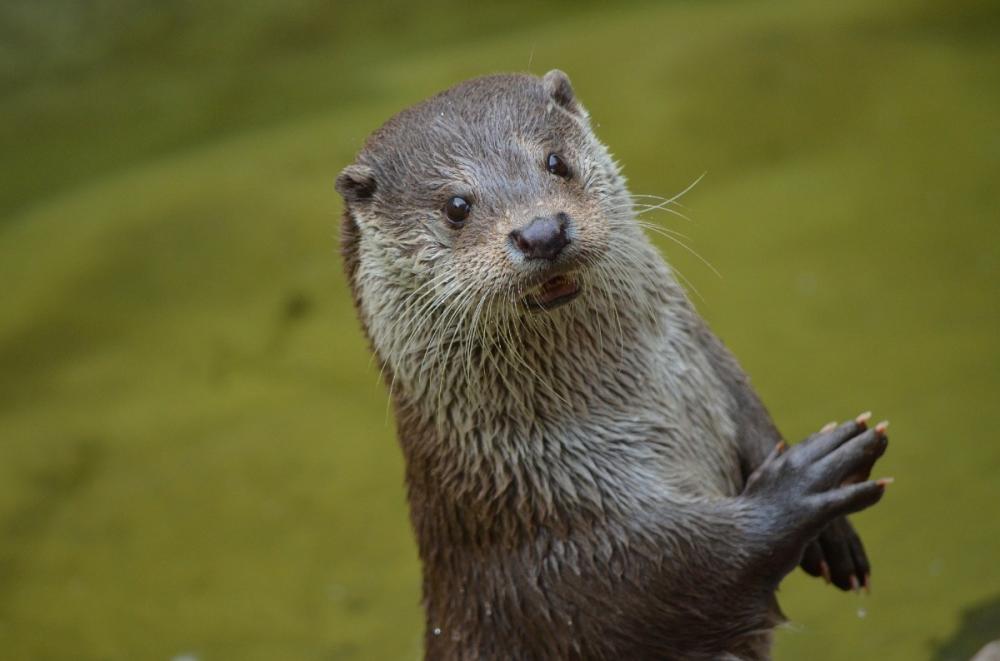 Image by Claudia Peters from Pixabay
Baby Giant Otter Bonita made a splashing debut in front of visitors on the hottest day of the year at the Yorkshire Wildlife Park.

The five-month-old pup has been nurtured through the winter months by doting parents Alexandra and Orimar and she is now old enough to brave the large pool in the giant otter reserve. Alexandra and Orimar have been inseparable since being introduced in October 2019 and are part of the European breeding programme.

Bonita has been busy watching and learning from her parents diving and swimming and has already developed impressive skills in her indoor pool.

She was very keen to follow her parents out to the water for the first time but it took a bit of encouragement from her mother Alex before she finally launched herself in. Once in, she did not want to come out of the water and was playing and swimming with her parents happily – although she did complain very loudly if her parents went out of sight into the reeds!

Bonita, who was born on Boxing Day, is an important arrival at the park as the first giant otter cub born at the Park. The species is endangered in its native Amazonian rain forests by deforestation, water pollution and hunting.

“This is Alex and Ori’s first cub and they are doing an exceptional job. They are very attentive,” said Tilly McGill, an animal ranger in the Aquatics department at the park, at Auckley, near Doncaster. “They have been inside a lot during the winter and the cold spring but visitors will be able to see all three of them enjoying the main pool now. We have announced her name today – Bonita which is Portuguese for beautiful, but we call her Bonnie, as she is a bonny lass – in true Yorkshire style! ”

Alexandra, Orimar and Bonita are also important Ambassadors for their species.

Donations to the Yorkshire Wildlife Park Foundation from park visitors and supporters have been instrumental in establishing a key project in the Cantao region of Brazil to support and protect the species to save them from the brink of extinction. Conservation work such as this has helped the species survive and slowly rebuild populations to around 5,000 although Giant Otters remain at risk.

“Sadly, now they're in trouble again so the Yorkshire Wildlife Park Foundation (YWPF) supports a conservation initiative which patrols that big reserve to protect against poachers and illegal fishing and at the same time conducts a lot of research to find out more about these amazing animals," said YWPF Trustee Cheryl Williams.

Yorkshire Wildlife Park is open daily throughout the half term week with special late opening to 7.30pm. Due to current restrictions, entry is by advance booking only www.yorkshirewildlifepark.com .

The park has over 5km of trails and is the UK’s No. 1 walkthrough wildlife adventure offering visitors unique opportunities to get close to more than 480 beautiful and rare animals.