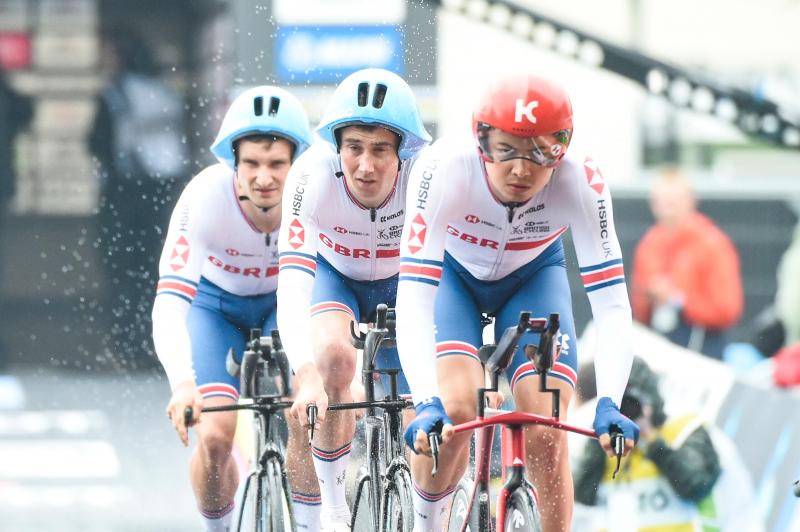 Images: SWPix.com
The Netherlands produced a tactical masterclass to become the first ever winners of the Team Time Trial Mixed Relay at a UCI Road World Championships.

The new, innovative format – which sees male and female riders competing together for their nation – produced some thrilling racing on the Harrogate Circuit.

Great Britain were the fourth of 11 teams down the start ramp, with Dan Bigham, John Archibald and Yorkshire’s own Harry Tanfield setting a blistering pace before handing over to Lauren Dolan, Anna Henderson and Joscelin Lowden.

Their time of 39min 18.87sec saw them earn a lengthy spell in the leader’s hot seat, with only the final two nations who started able to better that achievement.

Germany were the first of those, but their riders had barely caught their breath before the Netherlands crossed the finish line with a 22.75sec winning advantage.

That result saw the Netherlands awarded the first rainbow jerseys of the 2019 Championships, with Germany claiming the silver medals and Great Britain earning their first bronzes on home turf.

Great Britain rider Harry Tanfield said: “We knew Germany and the Netherlands were going to be super strong but we executed our plan and everybody gave everything they had. Being in the hot seat in front of the supporters was fun. I’ll be watching the rest of the races as a fan now and it’s great to be here in Yorkshire.”

Netherlands rider Bauke Mollema said: “It's amazing and absolutely fantastic to be crowned world champions here. The course was really hard with the rain, and it was technical too with plenty of ups and downs. I think we did a really good performance and getting to pull on the rainbow jersey was really nice.” 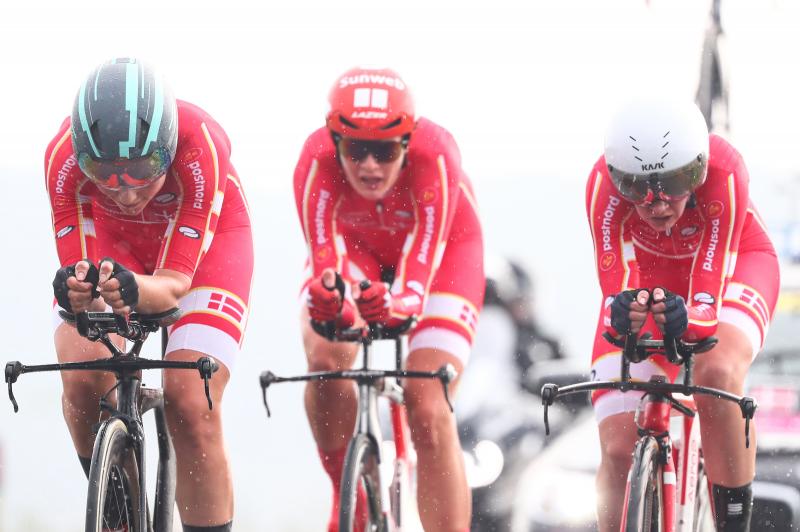 Yorkshire 2019 CEO Andy Hindley said: “It’s been an unbelievable day. It was a bit damp but that didn’t stop anything; the crowds were out in force and spirits were high. The racing was brilliant as well and we were treated to a really exciting finish. I’m so pleased Britain picked up their first medal and obviously, huge congratulations go to the Netherlands as well.

“It’s been a long journey to get here and I’m delighted the Championships have started. My team have done an amazing job working with the UCI to get everything ready – and of course we couldn’t have got the Championships going without the support of our local partners.”

Welcome to Yorkshire Commercial Director Peter Dodd said: “History was made in Yorkshire . When we first bid to bring the Championships here, our two main goals were to see a para-cycling event organised alongside it, and for men and women to be able to compete together, and we’ve achieved them both. It was fantastic to see tens of thousands of people lining the route again, and Yorkshire is being beamed to millions of people around the world at the moment. People will see what we have to offer – our stunning routes and scenery - and that’s why we push so hard to host these global cycling events.”