An unstoppable York City Academy side put bottom team Blyth Spartans to the sword with a brilliant five star performance. 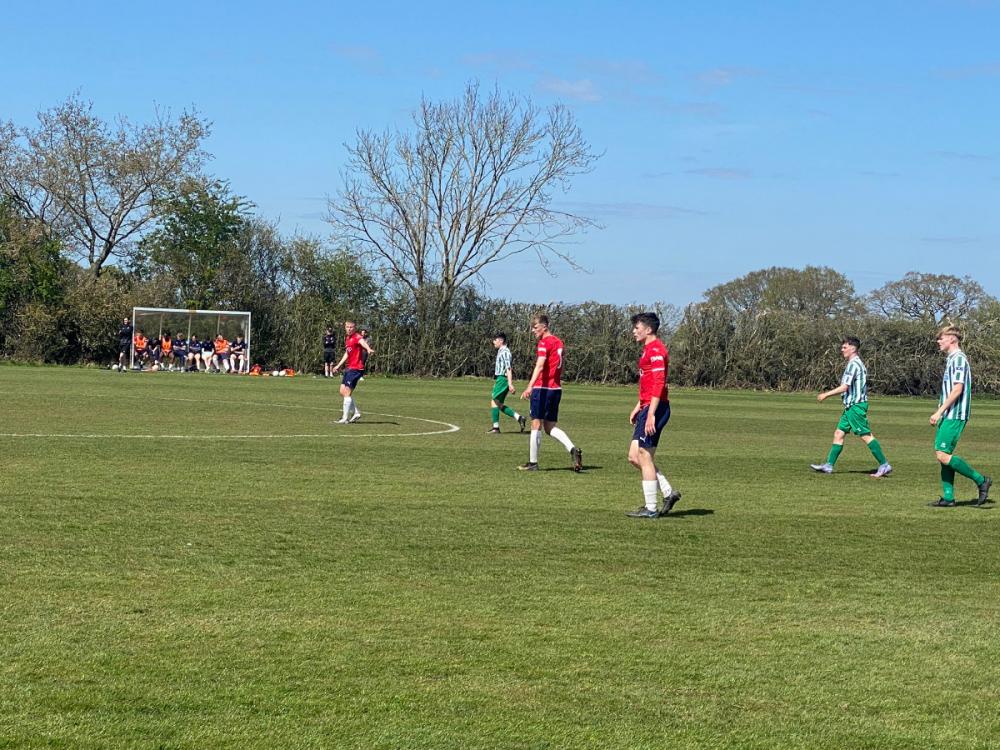 The scoring was opened right on half time, after Jonny Shepherd was brought down and converted his penalty, before Kyle Lancaster tapped home to double the lead shortly after the break.

York kept on scoring throughout the second half, Ben Dale with a brilliant header on the hour mark. Lancaster added to his tally with a second, then Luke Jones finished the visitors off with a strike 83 minutes in.

The U19’s were looking to continue their strong end to the season, coming off the back of a 2-1 win at Chesterfield, which secured a sixth successive game without a loss. Blyth Spartans were the side looking to break City’s unbeaten run, sitting at the foot of the table.

Tim Ryan fielded a York City side that featured goalkeeper Maison Campbell starting between the sticks, after returning from suspension, plus Jack Degruchy dropped out of the side completely, with Billy Gordon and Max Ezard coming back into the starting eleven.

York started the better of the two sides, Kieran Clayton coming close after just three minutes. A low cross from Lancaster found the midfielder in the box, but his side footed effort was easily saved by the Blyth ‘keeper.

The Minstermen continued to set the tone as Jonny Shepherd found himself in on goal, but couldn’t keep his shot down, flying narrowly over the bar from the edge of the area.

A rare Blyth opportunity on 17 minutes saw a ball played through, however Campbell did well to come out and put an end to the attack.

No sooner had the visitors broken forward for the first time, the ball was back down the other end for another City chance. A corner came in which Clayton connected well with, but fired it over from close range, squandering yet another window of opportunity.

The scoring was completed in the 83rd minute, when Haase picked up his second assist, crossing into Luke Jones
Still pushing for that opener, the home side earned a free kick on the right hand side, which was curled just wide of goal by captain Jonny Haase.

The key moment of the first half occurred right on the stroke of half time, when York’s Shepherd was taken out by the Spartans’ ‘keeper, resulting in a penalty being awarded by the referee. Shepherd himself stepped up, and the forward succeeded in giving City the lead at the break, as he smashed his spot-kick into the bottom corner.

Seven minutes after the restart, The Minstermen doubled their lead through pacey winger Kyle Lancaster. Half time substitute George Harrison swung a low cross in, setting up Lancaster who tapped home from point-blank range at the far post.

York City just couldn’t stop scoring as they found a third goal only eight minutes later, with first team prospect Ben Dale converting a bullet header from Haase’s cross towards the back post, putting the hosts out of reach.

The visitors did, however, make a valid attempt to reduce the deficit, but Campbell was called into action, brilliantly tipping a Blyth shot onto the crossbar, and out for a corner.

Responding in the right way, York almost made it four on the day, with Dale looking for a déjà vu moment, but this time, his header sailed over the bar.

It wasn’t too long before the unstoppable hosts did have their fourth though, after a great through ball from Gordon found Lancaster, who rounded the ‘keeper before slotting into an empty net, and claiming his brace in the process.

The scoring was completed in the 83rd minute, when Haase picked up his second assist, crossing into Luke Jones, who turned and fired into the bottom left corner, sending Blyth home to the North-East with another game to forget.

A minute later, the away side’s afternoon was summed up, as their number nine was shown a second yellow, bringing them down to ten men, late on.

Going seven unbeaten now, the final fixture of the season for 3rd placed City is a home game against Halifax Town, next Wednesday (2pm)