Flying Herbert On The Cleveland Way

Razvan Oltianu’s happy third anniversary coincided with the week that the pubs re-opened. July 6th, 2017 was the day he took over North Yorkshire Brewing, for whom he had been head brewer since joining the firm in 2009. 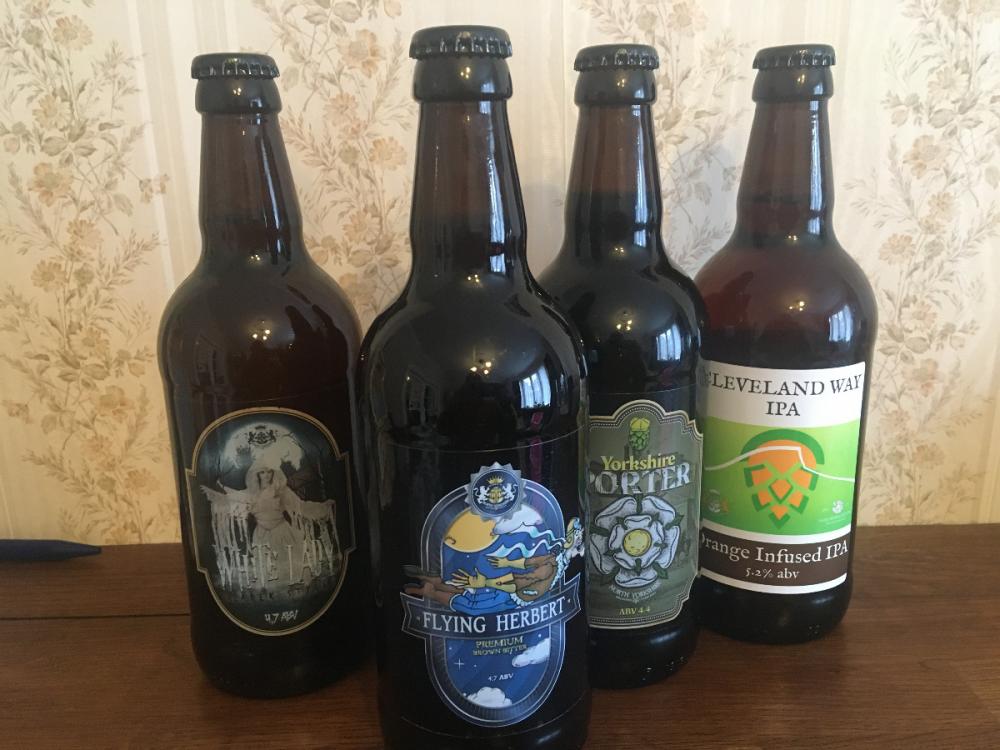 The company is also celebrating a grander anniversary. Flying Herbert, their most famous product, and our beer of the week, is thirty years old. It was the first they brought out, back in the day when John Warnock owned the company, and its enduring popularity has undoubtedly spread the fame of this twelve-barrel plant in Redcar. As recently as last year it deservedly took a SIBA award in the British premium bitter category.

Their beers are sold across a wide area that pretty much extends from Alnwick, in the north, down the coast to Bridlington, westwards to deep in the Dales - and includes the thirsty drinkers of Newcastle and Sunderland. Clearly Raz and his two members of staff have their work cut out keeping up with orders, making deliveries, never mind actually brewing the beer. The most difficult part is apparently the paperwork. ‘It takes me at least two hours every day,’ Raz says, ruefully, ‘documenting everything , weighing, recording , detailing everything, the pH, the sanitising procedures, describing each cask, its weight and volume.’


Also by Andrew Liddle...
Doors Opening For The Georgian Theatre RoyalAnd Then There Were TwoMeet Magic Rock's Christa SandquistSunak Is A Bit Of A DragRadio Gaga
I, too, was having difficulties. I couldn’t in all honesty decide which of his splendid core ales to choose as beer of the week. I wanted to compliment them all, not just the outstanding Flying Herbert (4.7 ABV), but the Yorkshire Porter (4.4) and the Cleveland Way IPA (5.2) and found the session blonde Temptation (3.8) particularly alluring, not to mention the heady charms of White Lady lager (4.7). It’s very well worth going to at Birch Hall near Whitby, by the way, for the wonderful Beck Watter (ABV 4.0) or to The Cod and Lobster, in Staithes, where you can sample Old Jack's Tipple ( AV 3.8), two bespoke ales sold exclusively in these pubs.

The Cleveland Way is a deliciously refreshing orange infusion, ideal for summer, brewed in collaboration with Skelton-based Daisy Distillery. Currently, Raz is working on a second collaboration, a peach and apricot New England hazy IPA (4.2). ‘It’s a matter of chemistry,’ he tells me, ‘getting the haziness just right.’ It should be available in the next few weeks.

Throughout the Covid months he has been ticking over from the proceeds of his on-line shop (https://www.nybrewery.co.uk/) delivering to customers. ‘It’s been the same amount of work, maybe more,’ he reflects, ‘but for much less income.’ I ask if he has plans for further development. ‘No, we’re happy as we are but I might upgrade some equipment.’ He smiles wryly and I can see he’s about to make a point. ‘Trouble is, everything is so much cheaper to import from China than to buy it here.’

Flying Herbert truly is the bitterman’s bitter, robust, rich and flavoursome. It pours orange-amber with a good creamy head, the product of generous carbonation. It gives off a fruity-nutty redolence on top of the usual caramel malt smell of real ale. The palate immediately rejoices in the hops, bittering the fruitiness, moderately not assertively. It has a pleasing medium body that slips down nicely. Yes, the taste is an absorption of opposites: a balance between one of those typically fruity yeasty beers, sweet and malty in character, and a crisp hop-dominated beer with the vibrancy of a stronger vintage.