For Two Glorious Weeks - All Roads Lead To Grassington.....

The Stranglers
In its fourth decade, Grassington Festival once again brings some of the best established and emerging artists to the Yorkshire Dales, in an impressive line-up announced this week.


John Williams
This June Grassington Festival is the catalyst for the convergence of a diverse mix of art, music and people - as, All Roads Lead to Grassington. For fifteen days the beautiful village of Grassington will host some of the very best music, literature, art and entertainment around - a superlative line up which includes; Ruby Turner, Hackney Colliery Band, Seth Lakeman, The Stranglers and the Last Night Party featuring the '80s icon Marc Almond, supported by Toyah.

The Festival kicks off in style on 17 June with the soul-jazz duo Hue and Cry performing the songs of Frank Sinatra, alongside their own '80s hits.

This year the Festival introduces a new and innovative comedy night, Live at the Marquee; an event which will showcase some of the hottest comedians of the moment.

Join Rich Hall and his virtuoso musical mates for a mash-up of music, comedy and gratuitous coloration. Rich will be accompanied by 'mouth of the south', Rob Beckett and star of Live at the Apollo, Have I Got News for You and QI, Shappi Khorsandi; with northern stand up, Justin Moorhouse as compere.


Hackney Colliery Band
Music lovers will not be disappointed as Grassington's Festival in the Field opens with 2005 Mercury Music Prize nominee and multi-instrumentalist singer-songwriter, Seth Lakeman. The most famous Beatles tribute band in the world, the Bootleg Beatles are also booked to flawlessly recreate one of the greatest songbooks of all time. Legendary British rock group, The Stranglers promise a showstopper of an evening, and finally, closing the festival there will be the infamous Last Night Party with Marc Almond, supported by the princess of non-conformity, Toyah. 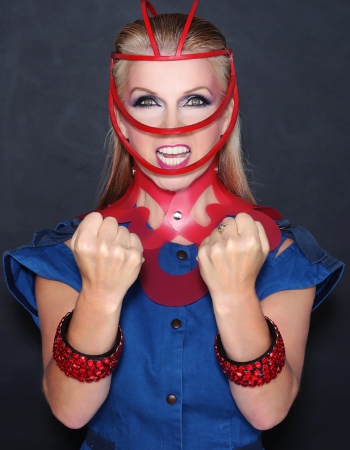 Toyah
Grassington Festival's new classical partnership with Skipton Building Society Camerata is launched with a very special concert to commemorate the 100th anniversary of the Battle of the Somme. Between the music, award winning actress Kathryn Pogson will read poignant extracts from some of the First World War poets.

The grounds of Bolton Abbey once again play host to the celebrated Equity compliant Illyria, performing a stunning outdoor production of Roald Dahl's Danny The Champion of The World, adapted for stage by David Wood.

The Festival Hall will stage a variety of must see events, including the incredible singing talents of Festival favourites, Ruby Turner and Jessica Walker. John Etheridge and John Williams also return, but this time with the World Premiere of 6 Hands, along with renowned classical guitarist Gary Ryan. Foot stomping good music is guaranteed from the Hackney Colliery Band, described as "one of the greatest live bands we have in this country" by BBC Radio 2, and BBC presenter Will Millard shares his travels in Indonesia in Speakers from the Edge. Established local talents Ray Snape and Jonny
Absolute also host their own night of poetry and piano.

For the fourth year running Grassington Festival will showcase the very best of Yorkshire Dales produce at their Food Festival, with prominent local chefs John Rudden of Grassington House and Matt Mitchell of Keelham Kitchen demonstrating.

Grassington Festival is a family friendly festival, and the vibrant Festival in the Square offers a programme of free live music and entertainment on all three festival Saturdays. The opening procession is the culmination of Grassington Festival's work with local primary schools, and will showcase the festival theme of Convergence: All Roads Lead to Grassington through a carnival of migrating birds. 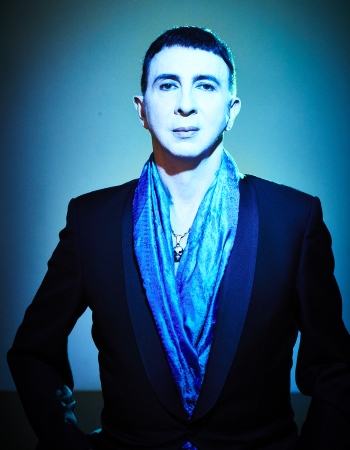 Marc Almond
And there's more... In addition to the events mentioned, Grassington Festival once again presents a range of hands-on workshops, gigs and smaller initiatives, as well as supporting local artists and emerging talent through an innovative Festival Fringe programme. The Fringe line-up is detailed in the Events Guide and on the website.

The full programme and further information is now available online at www.grassington-festival.org.uk or via the Box Office on 01756 752691.