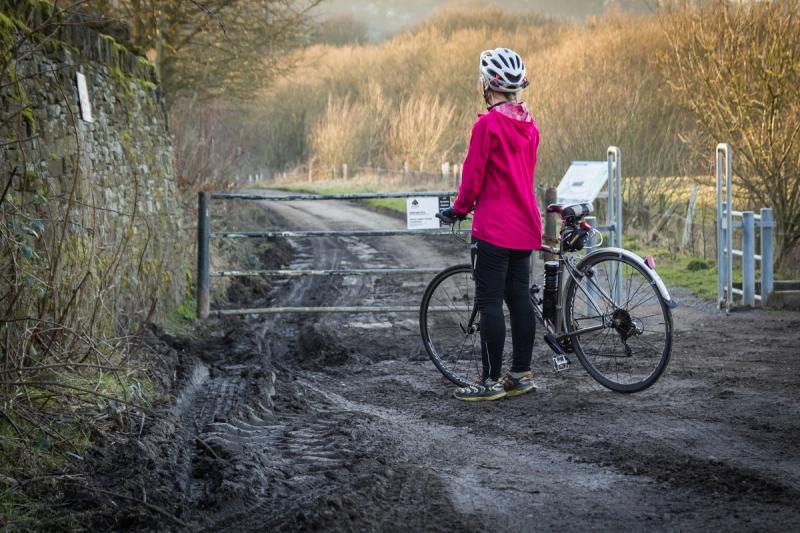 photo by Four by Three
Residents have written to Highways England about the worsening condition of a road being used by works traffic to access a disused railway tunnel in West Yorkshire.

The company is currently spending more than £1 million on remedial works to Queensbury Tunnel - between Bradford and Halifax - ahead of a £3 million scheme to partly infill and abandon the structure. Meanwhile campaigners, supported by Bradford and Calderdale councils, are trying to save the tunnel for future inclusion within a cycle network.

Vehicular access to the tunnel is only possible via a private road heading down the hill from Queensbury to the site of a former railway station. According to residents, its surface was badly damaged during a tunnel maintenance project in 2015.

Following complaints from their drivers, the contractor infilled potholes with loose stone which has since washed out, creating a hazard for walkers, cyclists and horse riders.

The latest works, carried out by AMCO-Giffen, has involved heavy goods vehicles delivering plant, equipment, steelwork and other materials, most of which is being unloaded on private land against the wishes of the tenant; it is then taken down the Great Northern Railway Trail towards the tunnel. 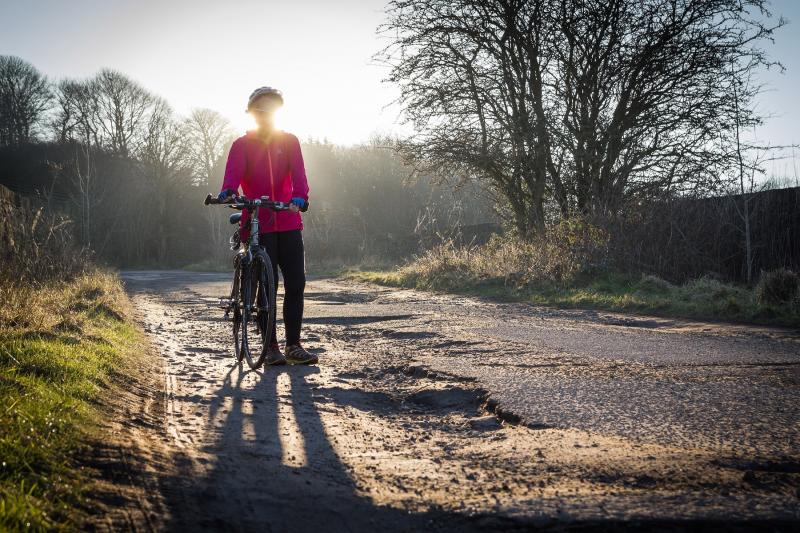 photo by Four by Three
Daily convoys of workmen and engineers have made matters worse, prompting 11 householders to outline their concerns to Highways England about the deteriorating road surface and mud left on the Trail. More than two weeks later, they are still awaiting a reply.

Councillor Andrew Senior, representing Queensbury Ward, said:
“Highways England had a duty to properly repair the road following its last programme of works in the tunnel. Its failure to do so has caused ruts to form and potholes to become deeper over the past few winters, increasing the level of risk to those who use the road.

“The first phase of a potentially much bigger project is now underway and it’s clear that the impact on residents has not been given due consideration. I would urge Highways England to provide funding for a full repair of the road. In comparison to the rest of the scheme, the cost involved would be small.” 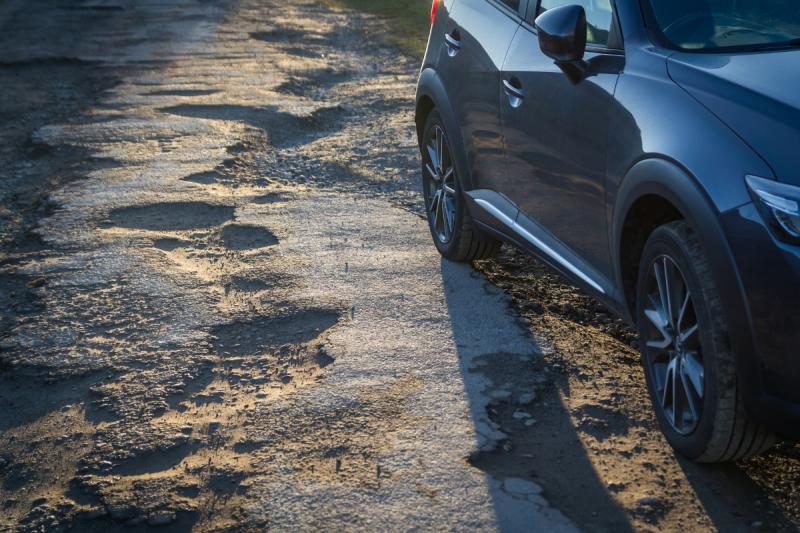 photo by Four by Three
Norah McWilliam, leader of the Queensbury Tunnel Society, said:
“The road gets worse on a daily basis and drivers have to weave around the potholes to avoid damaging their cars. It’s in a fragile state now - some of the ruts are 8 inches deep and several yards long.

“The contractor recently filled some of the bigger holes, but it’s gone beyond the need for patch repairs. You’d think a company called Highways England could do something about it, but they seem unwilling to accept responsibility for their actions. The consequences are being suffered by residents, visitors and people who use the Trail. After four years, everyone’s fed up with it.”

According to the deed of sale, the road was transferred into private ownership in 1970 and Highways England’s right of access over it comes with the obligation of “making good any damage to the said property”.

AMCO-Giffen’s Sustainability Policy commits it to “engage with the communities in the areas we work in order to make a positive contribution to their environment” and “be a good neighbour and build trust within local communities”.