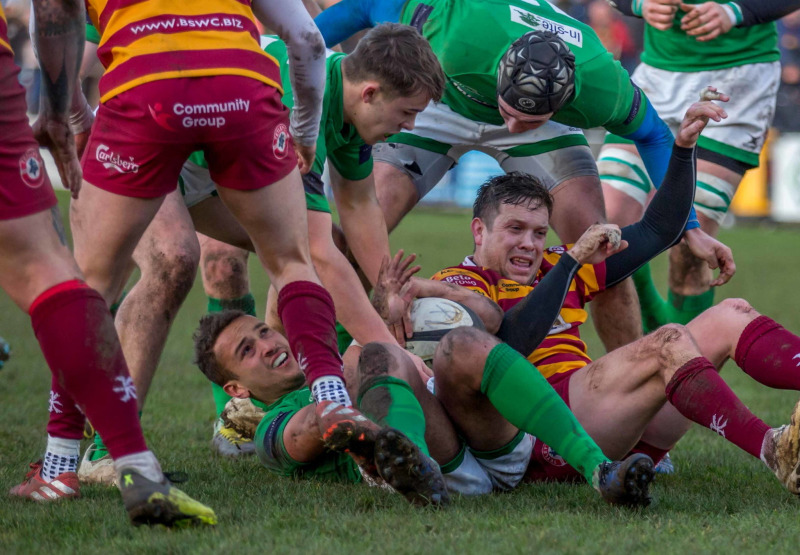 photo by Ro Burridge
A magnificent game of rugby ended with Fylde clinging on to win and maintain their challenge at the top of the table.

The Lancashire team held a strong lead at half time outscoring the visitors by three tries to a solitary three points from Blakeney-Edwards. It was however Wharfedale that ended up with plaudits from all sides with a stirring second half display.

Trailing by 14 points at halftime and again with 30 minutes to go this brand of the Green Machine refused to lie down and threw everything at Fylde. They damn well nearly did it.

It was 30 minutes of exhausting, exhilarating rugby and Dale deserved to at least share the spoils with their promotion chasing hosts. This was performance to be proud of; yes, Dale only got a point but deserved more.

Fylde played some outstanding rugby in the first half and were good value for their lead. Two of their tries were a result of scintillating ball handling and support play.

Dale opened the scoring with the Jack Blakeney-Edwards penalty. Fylde struck back with an attacking line out on Dale’s 22. They won the ball and after one phase it was quickly spread right for an unconverted Connor Wilkinson try.

Fylde’s Dan Fairbrother scored next after breaking from a maul, Greg Smith added the conversion. The third try was a gem. Fylde ran the ball back from the restart and after dazzling passing the ball found left winger Thomas Grimes. His exquisite off load released Fylde’s second row, Nick Ashcroft, who beat the cover to score a converted try. This gave Fylde a 19-3 lead at half time. 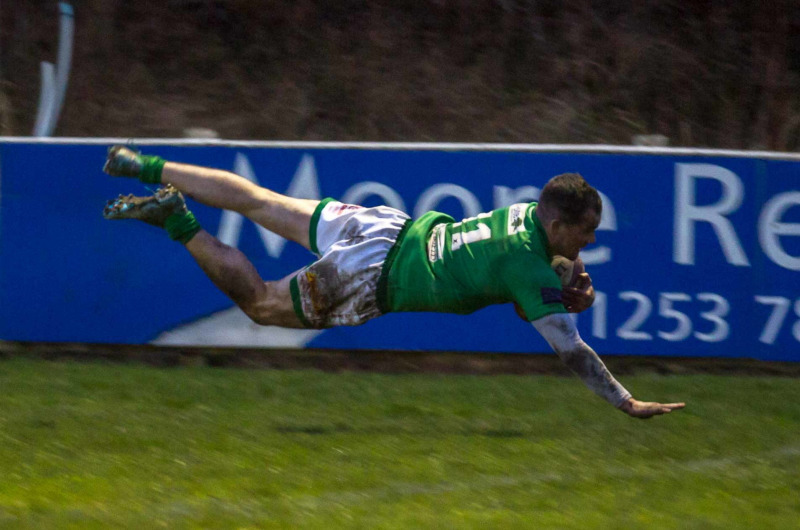 photo by Ro Burridge
Dale started the second half brightly and Matt Speres crossed after Oli Cicognini had danced through a packed Fylde defence to get close to the line. Blakeney-Edwards added the extras.

The seasiders pulled away again when a wonderful bullet pass was collected in midfield by Fairbrother who burst through to touch down under the posts. The simple conversion re-established Fylde’s 14-point lead.

The last period of the game was nearly all Wharfedale. The visitors closed the gap after a break in midfield by Ben Blackwell and was carried forward by Louis Verity who gave Oli Cicognini the scoring pass. A remarkable touchline conversion by Blakeney-Edwards left Dale a converted try short of a draw.

The last few minutes were nerve-wracking as Dale pressed and pressed for the score. Penalties and yellow cards were awarded but the score proved elusive and Dale had to settle for a losing bonus point.

The Chairman of World Rugby, Sir Bill Beaumont, commented after the game that "a draw would have been a fair result”.

In recent games Dale have performed with great heroics against the top three teams in the division gaining losing bonus points in all three matches and a try bonus in one.

This bodes well for the rest of the season. The travelling faithful were angry at the end that a penalty try had not been awarded after penalties and yellow cards flowed against Fylde.

Dale cannot rely on the whistle blower to aid their cause. For whatever reason the penalty try did not come. The 16th man will never lose hope when they are shown such courage and determination by the present wearers of the green. 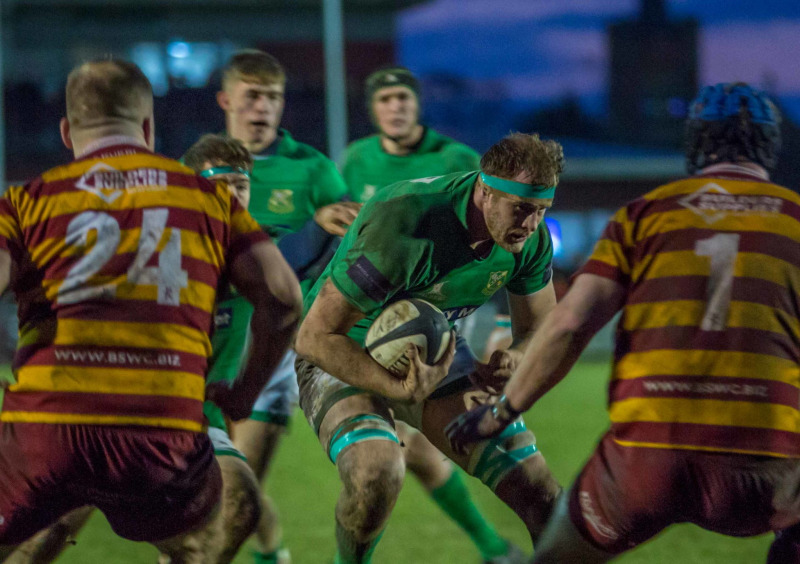 photo by Ro Burridge
The travelling faithful were there in great numbers at the Woodlands Memorial Ground and helped wearied limbs into greater effort. That commitment by the whole club, players and supporters, needs to be evident throughout January as we take on Scunthorpe at home and then travel to Preston and Sheffield Tigers.

Head Coach, Jon Feeley, commented:
“We found ourselves with a half-time deficit of 14 points away from home against the team second in the league.

"The greater experience, combined with powerful runners repeatedly tested us and our resilience was tested. The strength of character we showed to improve in the second half and reverse the momentum of the game was excellent but it didn't surprise me, I know we are capable of it.

"Jack opened up the game with ability to spot opportunities and play to them, supported by our back line which repeatedly threatened the wider channels.

"On his 100th appearance I thought Joe Altham underlined why he is so important to this side with some intelligent play in the loose. King Burridge is also improving with each game since his return.

"We will strive to improve our areas for development but also build on our strengths of which there were many in evidence on Saturday”.