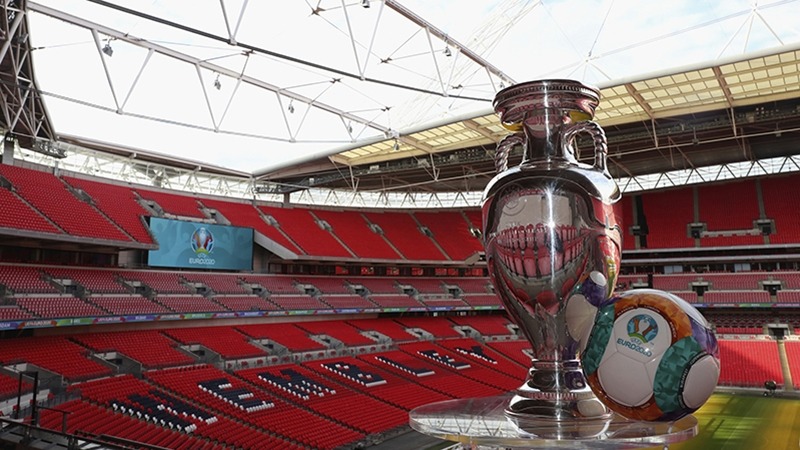 There will be three new faces among a 21-man party that meets up this weekend to begin England’s preparations for this summer’s UEFA EURO 2020 finals.

The uncapped trio of Aaron Ramsdale, Ben Godfrey and Ben White have been named in Gareth Southgate’s provisional squad for the tournament, with the final 26-player selection due to be named by Tuesday 1 June.

A total of 33 players are included on the preliminary squad list, with more than a third of them unable to link up with the group until next week owing to their involvement in the finals of the UEFA Europa League and UEFA Champions League.

Liverpool’s Jordan Henderson and Trent Alexander-Arnold, who missed March’s opening 2022 FIFA World Cup qualifiers, are called up while Jack Grealish also returns having been ruled out of those same matches.

Of the 33 players in the provisional selection, 21 will be hoping to represent England at a senior tournament for the first time.

The Three Lions report to Middlesbrough’s Rockliffe Park training ground on Saturday, ahead of next week’s preparation games against Austria (8pm, Wednesday 2 June) and Romania (5pm, Sunday 6 June) at the Riverside Stadium. Tickets for the two matches are sold out, with both available to watch live in the UK on ITV.

UEFA’s deadline to submit a 26-man squad for this summer’s tournament is at 11pm (BST) on Tuesday 1 June, after which teams are able to make unlimited replacements before their first match in the event of serious injury or illness (including COVID-19 or 'close contact' to positive case).

England’s EURO 2020 campaign begins on Sunday 13 June against Croatia at Wembley Stadium, where they also take on Scotland and Czech Republic in the group stage.