Mercedes’ dominance of Formula 1 since 2014 has been even greater than ever this season, but at Monza’s famous temple of speed circuit this afternoon a dramatic Italian Grand Prix resulted in victory for French driver Pierre Gasly and his Italian AlphaTauri team. The first Grand Prix not to be won by Mercedes, Ferrari or Red Bull since March 2013 in Australia when Kimi Räikkönen had occupied the top step on the podium for Lotus. 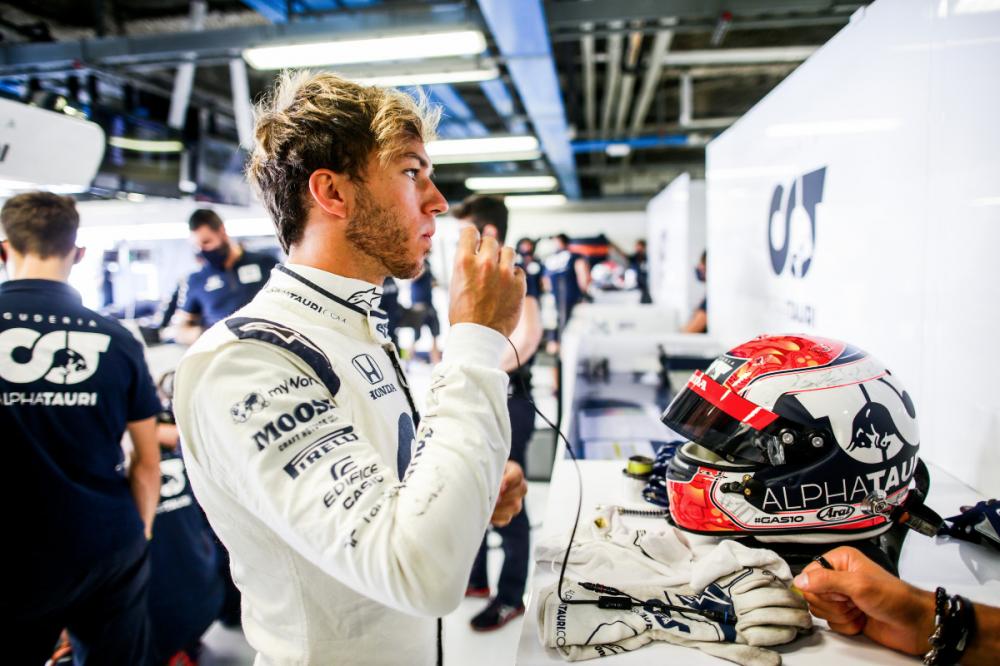 Pierre Gasly drove superbly to take his first F1 victory
Mercedes had had high hopes for another 1-2 finish in Italy after dominating a week earlier in Belgium, whereas the struggling Ferrari team had approached its home race with confidence at an all-time low after a miserable performance at Spa and knowing that its lack of power would again be cruelly exposed at F1’s fastest venue. Thank goodness the circuit wasn’t for once jam-packed with passionate fans of the iconic Scuderia, known as the tifosi, as this was another behind closed doors event due to the pandemic. However, 250 doctors and nurses were allowed to attend the Grand Prix as spectators after being invited by the Automobile Club d’Italia as a symbolic gesture of thanks to some of the frontline health workers who have faced coronavirus head on in Italy as elsewhere.

Ferrari team principal Mattia Binotto also confirmed that, if the FIA governing body introduces clear regulations with effect from next year banning blatant copying of other teams’ F1 cars, it will withdraw its appeal against Racing Point due to be heard at the International Court of Appeal. On race day itself Racing Point also issued a press release stating that it would be withdrawing its own appeal, drawing the whole issue to a close.

It was of course a sad weekend for Sir Frank Williams and his daughter Claire as their involvement in the former family owned eponymous team was set to end after Sunday’s race following its recent acquisition by US based Dorilton Capital. Claire will though continue to provide some part-time transitionary assistance for a few weeks. 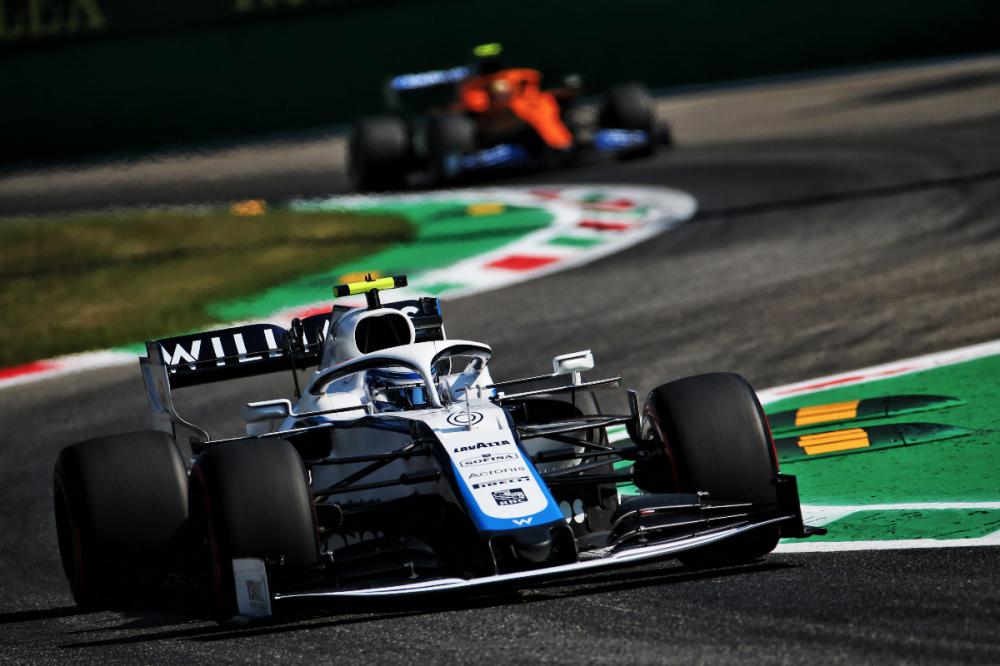 The last race for Williams with the founding family at the helm
Over in the Renault camp team principal Cyril Abiteboul revealed he has been tasked with an additional temporary responsibility to drive the structuring and future of the French car manufacturer’s Alpine sportscar brand and on race day morning it was announced that from next year the team would be called Alpine F1.

When the cars took to the circuit for Friday morning’s opening free practice period it came as no surprise when Bottas and Hamilton went fastest for Mercedes, with Alex Albon the best of the rest in his Red Bull. The latter’s team-mate Max Verstappen had his session interrupted when the young Dutch charger crashed at the Ascari chicane, bringing out temporary red flags. As for Ferrari, there was again little to cheer about as Charles Leclerc was only 11th quickest, with Sebastian Vettel down in 19th position.

Mercedes’ domination continued in second practice as Hamilton and Bottas topped the timesheets again, with McLaren’s Lando Norris an impressive third fastest. The Ferrari drivers did at least improve a little on their earlier efforts in an under power and ill-handling car, both suffering offs at the first Lesmo corner after losing control.

In Saturday’s final practice Bottas led the way again ahead of the McLarens of Carlos Sainz and Norris and eight drivers, including Hamilton, were subsequently called before the stewards after a near-miss as drivers slowed looking to gain a tow on the following lap. In the end the adjudication was that no-one was sufficiently at fault to serve a penalty. 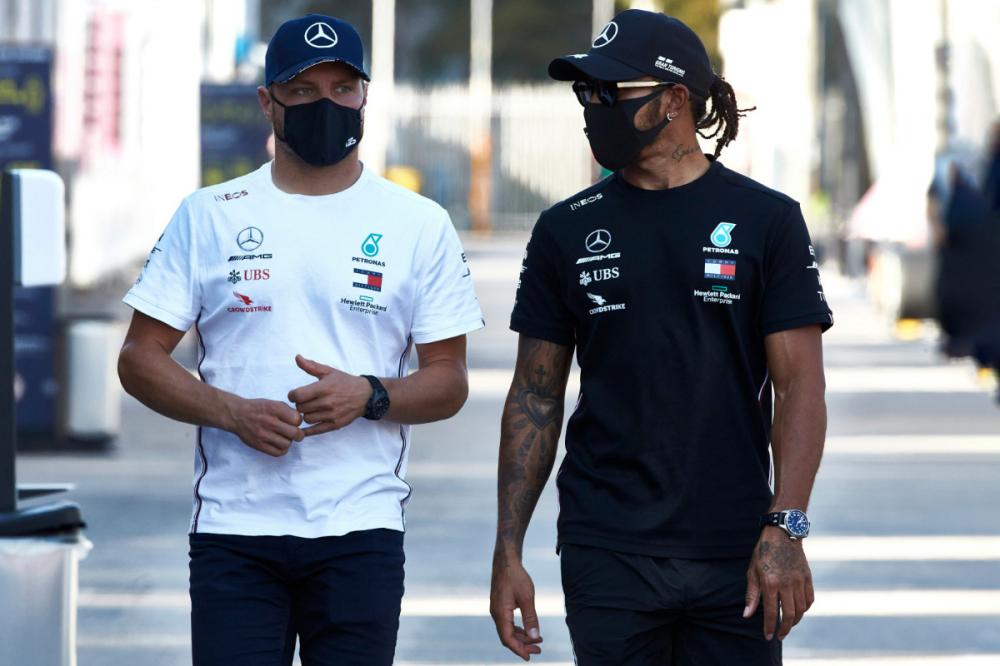 Hamilton and Bottas proved untouchable in qualifying, if not the race
Before the qualifying hour all the talk was about the new ban on extra power party modes on engines, but it was to have little apparent impact as Mercedes was still in a class of its own with Hamilton claiming pole position with a new track record and the fastest lap in F1 history at an average of 164mph. Bottas joined him, giving their team another front row lock-out, and Sainz and Racing Point’s Sergio Perez took the second row, if a massive way adrift and not boding well for the following day’s Grand Prix. Despite all the Ferrari flags in the empty main grandstand opposite the pit lane there was further embarrassment for the Scuderia as Vettel was knocked out in the first of the three phases of qualifying and Leclerc in the second.

Away from F1 but still at Monza, it was great to see Michael Schumacher’s highly likeable son and Ferrari junior driver Mick take his maiden Formula 2 victory in Saturday’s feature race.


Also by Graham Read...
Ferrari Kicks Off Its 2021 SeasonRed Bull Joins The Launch PartyAlfa Romeo’s C41 UnveiledAlphaTauri’s AT02 Breaks CoverMcLaren Launches Its 2021 Challenger
Come Sunday, F1 was of course the main course on the day’s menu and there was an amazing pre-race aerial display from the Italian equivalent of the Red Arrows featuring plenty of red, white and green smoke. It’s a long run at the beautiful parkland track from the grid down to the first chicane and when the red lights went out Hamilton made a decent start and Sainz and Norris made even better ones to slot in behind the championship leader as Bottas dropped back to sixth position.

As the race pattern settled, Hamilton started to extend his advantage over the chasing McLaren duo, with Perez and Daniel Ricciardo still ahead of Bottas and the unlucky Vettel exiting the fray after brake failure. More drama was soon to follow as Kevin Magnussen had to retire his ailing Haas to the right of the circuit near the pit lane entry and the safety car was called into action whilst the stranded car was moved to a position of safety. At the same time the race officials closed the entry to the pit lane for safety reasons, but Hamilton and his Mercedes crew made a mistake and brought him in for his first stop despite the warning signs saying this wasn’t allowed. Alfa Romeo soon made the same error with Antonio Giovinazzi, but every other team understood the situation and kept their drivers ontrack.

On lap 23 the pit lane was reopened and drivers rushed to make their stops, including Sainz and Norris, as the safety car left the circuit. Two crucial events quickly followed as Hamilton and Giovinazzi were given ten second stop/go penalties by the stewards for their transgressions and Ferrari’s Leclerc crashed heavily into the barriers at the exit of the final Parabolica corner, forcing the race to be redflagged until the badly damaged car was recovered and the barrier repairs were completed. Fortunately Leclerc was fine, with only his pride suffering due to his mistake, but this ended another woeful race for his team. 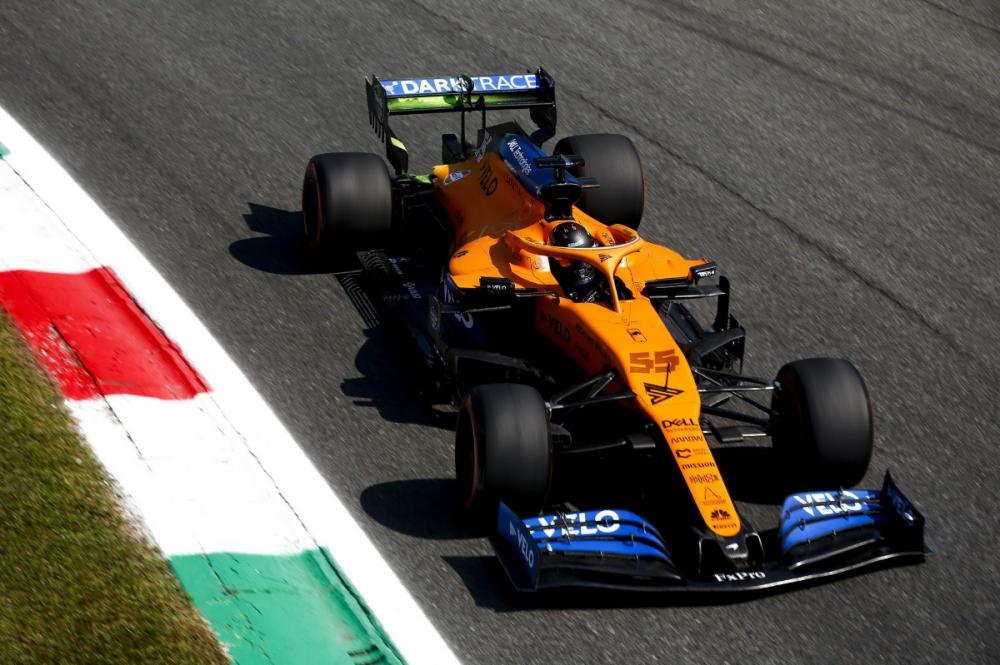 McLaren’s Carlos Sainz pushed Gasly hard, but had to settle for second place
At 16.20 local time the Grand Prix was recommenced with a standing start from the grid and 25 laps remaining. Hamilton led from Gasly, Räikkönen, Giovinazzi and Lance Stroll before heading down the pit lane to serve his stop/go penalty and rejoining the track dead last, 29 seconds behind the leading Gasly. Giovinazzi soon did likewise.

As the race headed towards its conclusion we witnessed a thrilling finale as Sainz closed on Gasly, but was never quite near enough to attempt a pass, leaving Stroll to complete the podium trio. A fourth place finish for Norris concluded a fine afternoon for McLaren, with a lacklustre Bottas fifth ahead of Ricciardo. Hamilton recovered to seventh by the chequered flag and took the extra point for the fastest lap. 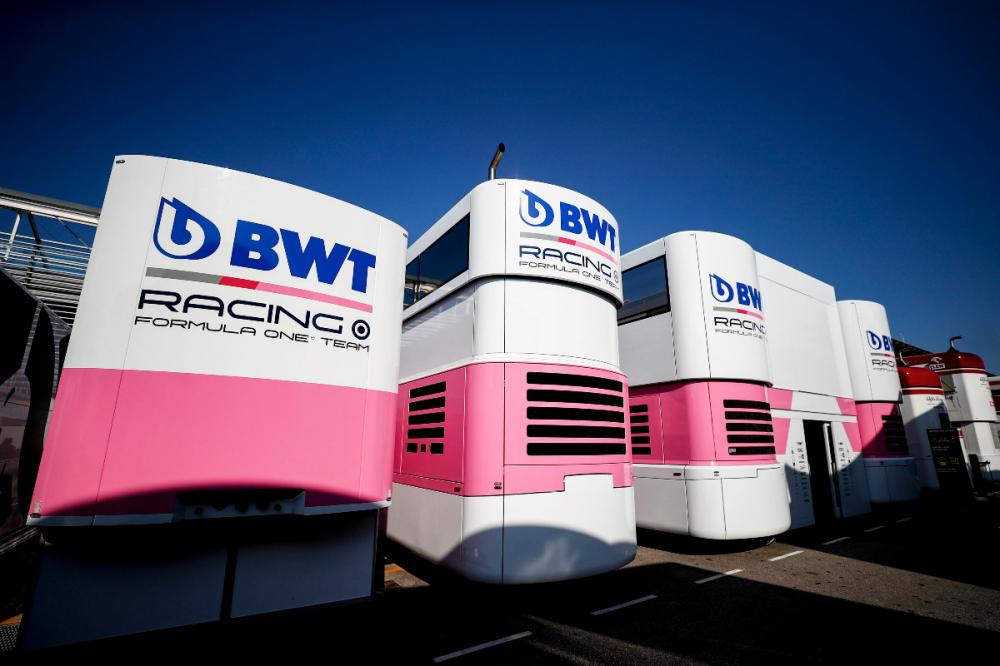 The brightly coloured Racing Point trucks stood out against the clear blue Italian sky
Formula 1 now remains in Italy for the third part of the current triple header of races on consecutive weekends as next up comes a first visit to the scenic and Ferrari owned Mugello circuit for the Tuscan Grand Prix. It will mark the Scuderia’s 1000th F1 race, something no other team has ever achieved, but it will have to improve significantly to achieve any success there.