Over the years several meat based restaurant chains have opened in Bradford only to close up because they did not serve Halal meat. 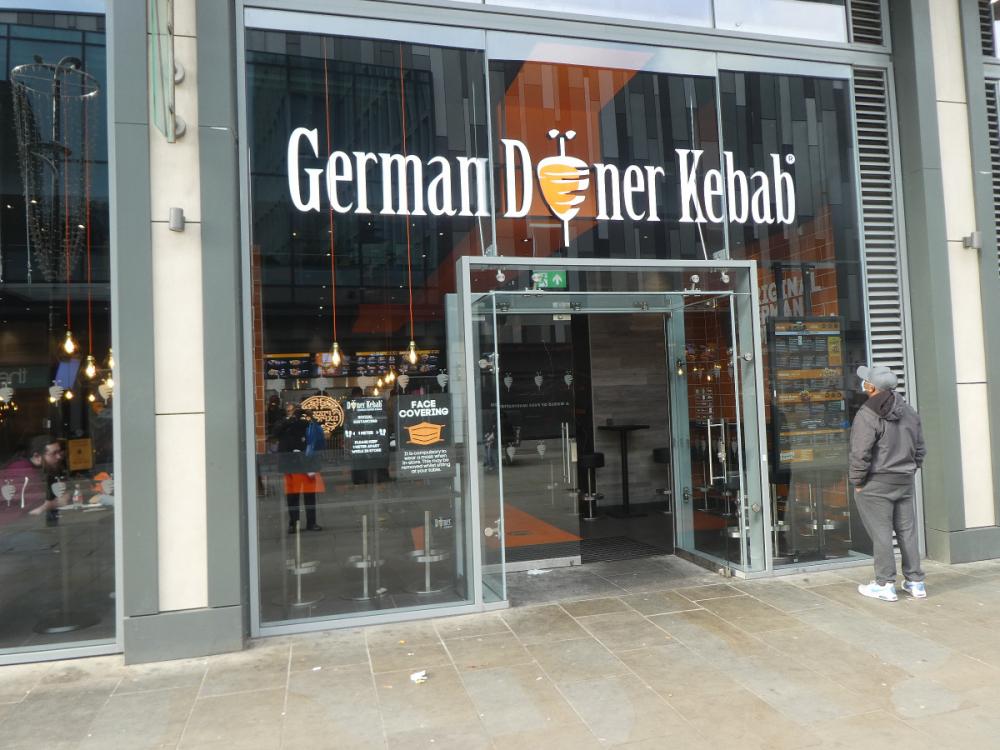 The German Doner Kebab chain though is well positioned to be a huge success in the city. There might be dozens of places on the outskirts of Bradford where you can get Kebab and chips but there is not much choice right in the centre of the city.

The brightly lit restaurant comes across as a mix of fast food restaurant and casual dining experience. The black and orange colour scheme with on trend styling is in keeping with the high quality food they serve. 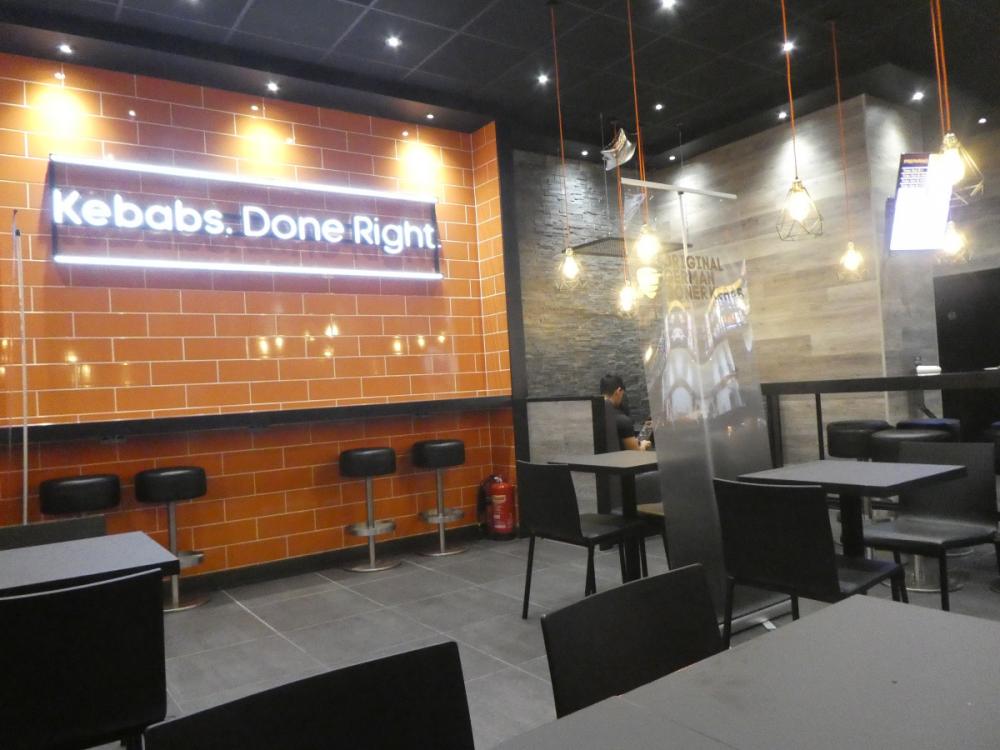 You are greeted by an assistant at the door who gives you a throwaway menu. I did not see any track and trace QR code, though all the staff were wearing masks, tables, seats and chairs were observed to be throughly cleaned.

Once your order has been taken your food is freshly prepared and brought to your table.

The menu ranges from a variety of Doner Kebab meals which can be served with a choice of doner meats from the signature German Doner Kebab through to Veggie options and a lower calorie Kcal Kebab. Soft drinks accompany your meal. As the UK arm of the company is based in Glasgow they even have Irn Bru too, though this is only served in Scottish restaurants.

We tried the Doritos Doner Nachos as a tasty starter which was in a beef serving. Basically it is a mix of chips, doner meats, salsa, melted cheese sauce and jalapeños. At £3.99 it is ideal for sharing. 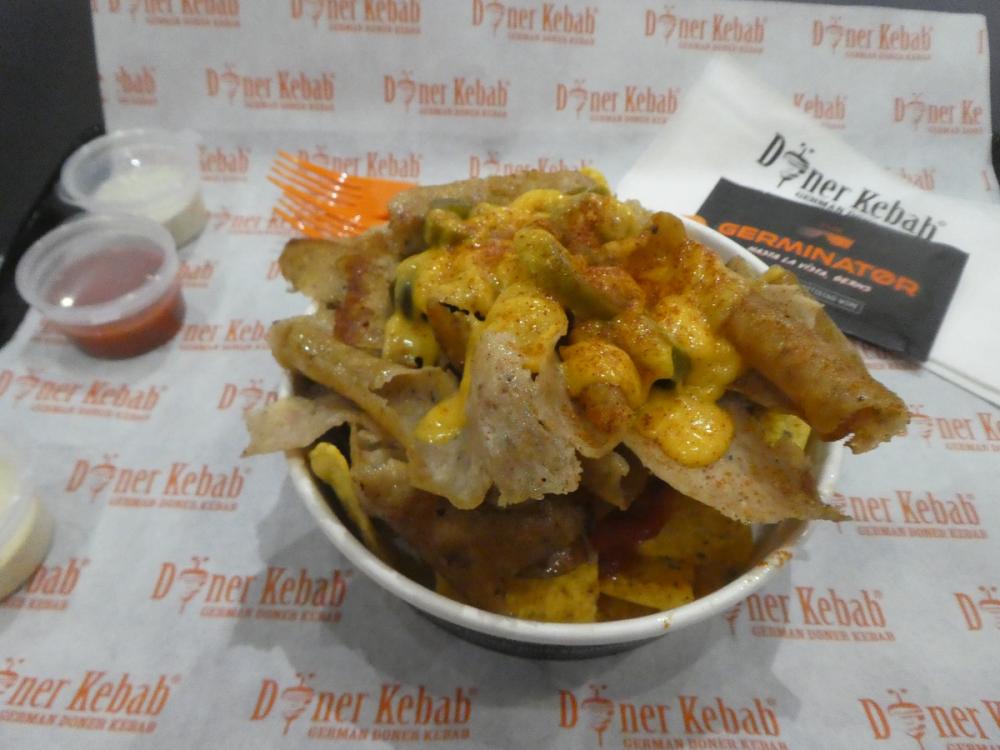 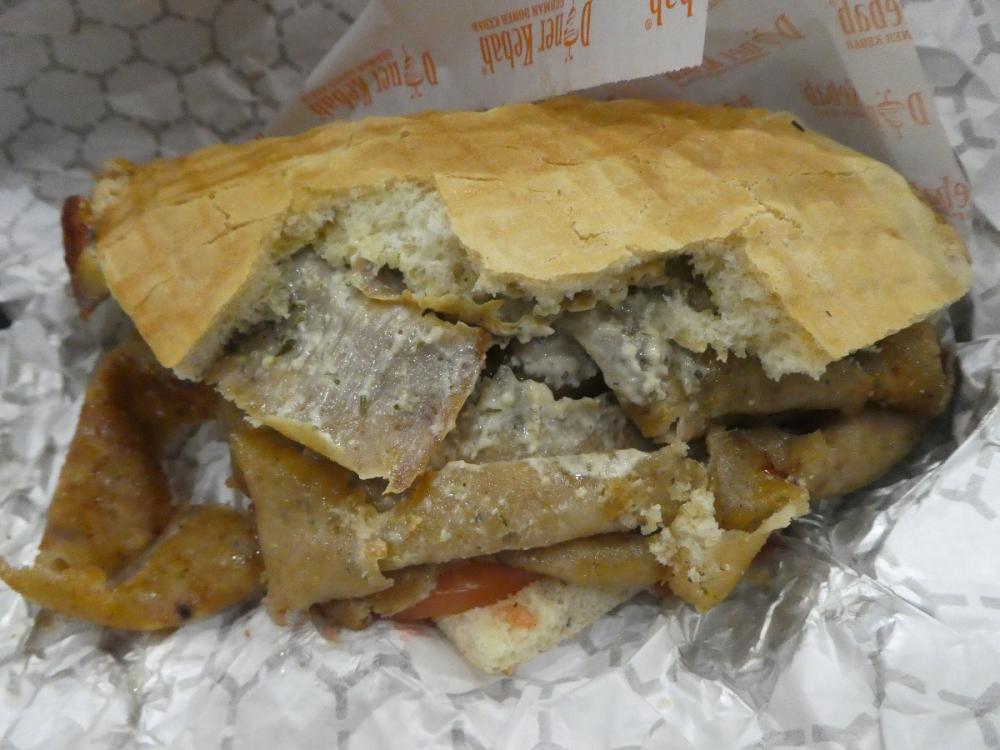 We decided to go for the £9.99 Boss Box. When it arrives on the table it looks like you have been presented with an early Christmas present! Open the box up and you discover your meal all housed in different sections of the box. 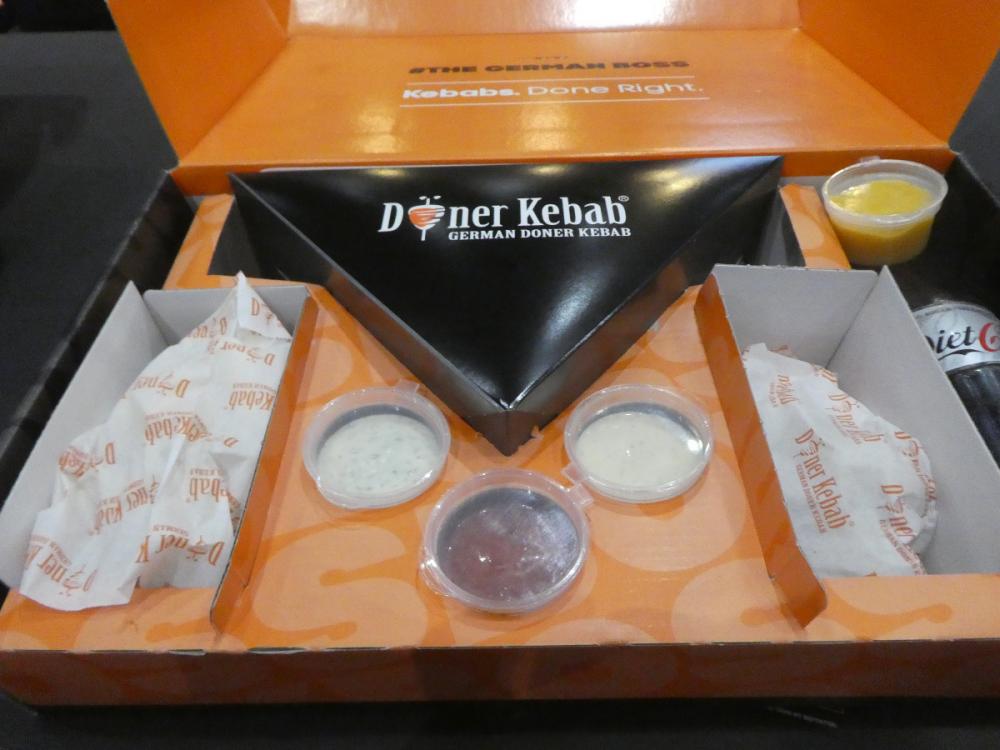 The Boss Box
Sitting centre stage is your choice of Kebab - I chose the German Doner Kebab with your choice of nibbles - mine was Chilli Cheese Bites, Fries, soft drink and 3 signature sauces.

The German Doner Kebab was not as fatty as what you might get elsewhere in Bradford. There is plenty of fresh lettuce, tomato, onion and red cabbage inside the toasted sesame seed bun. It was very filling and the sauces very hot. Not sure though if cabbage really goes with doner meat.

They do not do dessert, only Tango Ice Blast.

The restaurant was busy, but everyone was socially distanced. If they can be a success in Bradford they can be successful anywhere. A delivery service is to be introduced soon which will widen the restaurant's appeal even further.

We left completely full with a return visit definitely on the cards.