Get Closer To Nature This Half Term At Blackpool Zoo 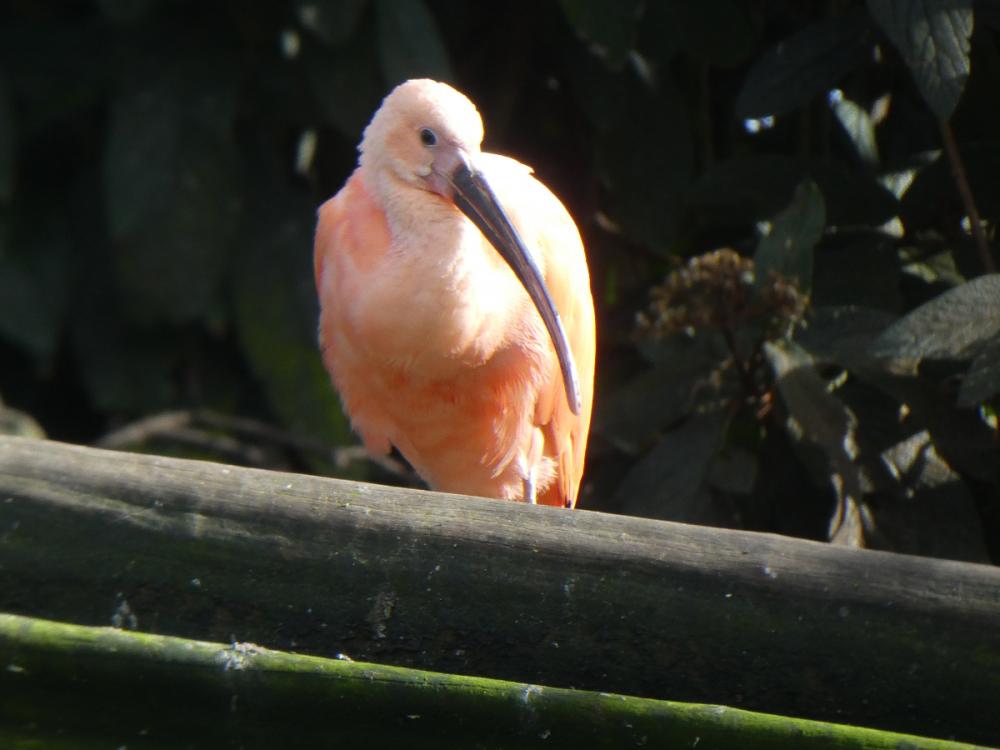 Scarlet Ibis
How wrong I was. When you discover the large car park it gives you an idea of what to expect. You have to pay £3.00 to park but all the proceeds go to the upkeep of the animals. Be warned though that the ticket machine only takes cash but you can pay for parking instead at the Visitor Reception. 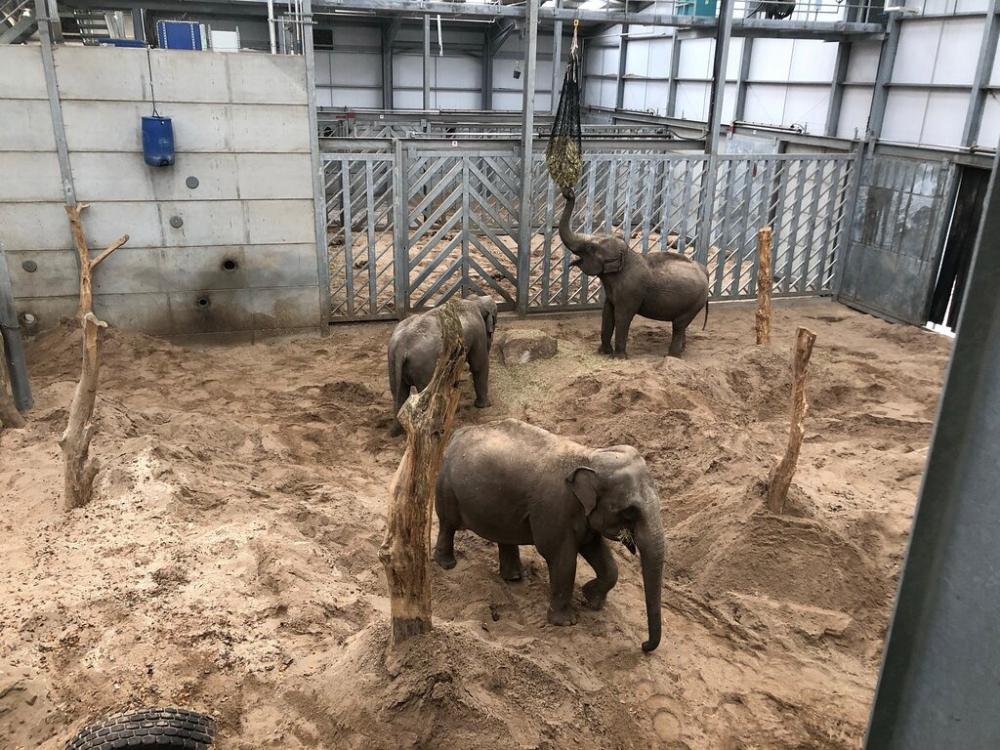 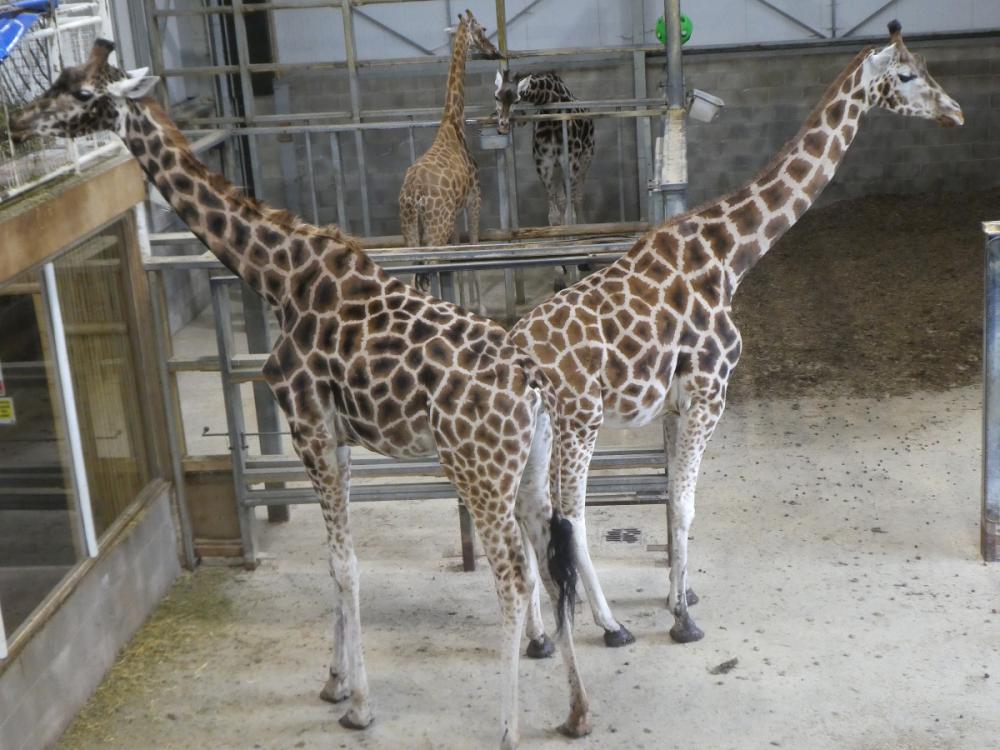 Giraffes
Upon entry you are given a map of what to see in the Zoo. As Halloween is approaching there is a “Pumpkin Hunt” that younger visitors might like to take part in.
Can you find the Flying Bats, the Pumpkins, the big spiders and the aeroplane?

The latter relates to the aeroplane that took off from the site in WW2 when it was used by the RAF. After taking off on 31st October 1940 the newly built plane never made it to its destination. No trace was ever found and the pilot was never seen again.

The site is manageable for all ages and is mostly on the flat, though there are some steep walkways if you want to see the animals from above their cages. Most of the site is in the open so you are better going on a dry day. 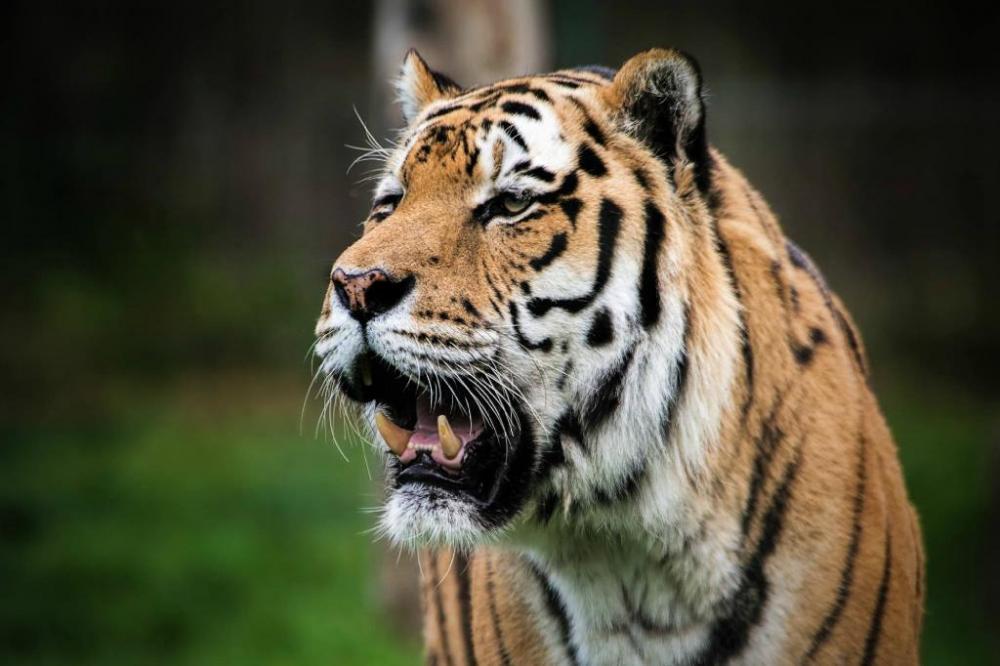 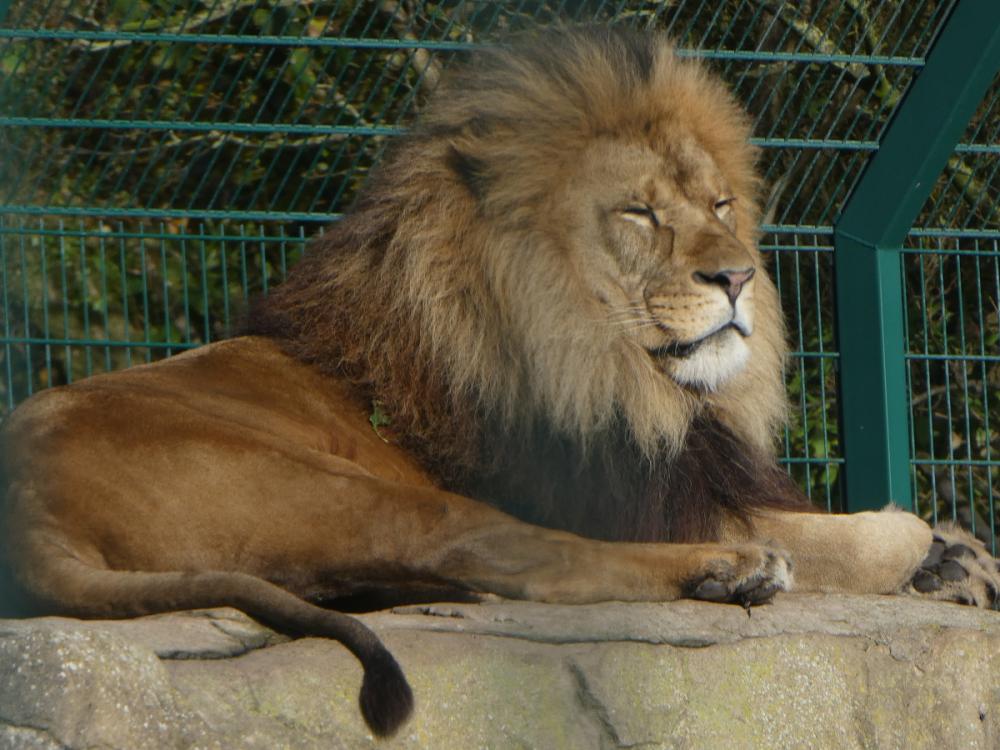 Lion
All the animals looked well cared for - there are over 400 species of animals within the zoo. I hate to think what the yearly vet's bill is!

The Base Camp where the elephants are is worth seeing first, it gives you some idea of how strong they are when you see the thickness and size of the gates in their compound. Apparently elephants are one of only a few animals that can recognise their own reflection, besides dolphins and of course humans. 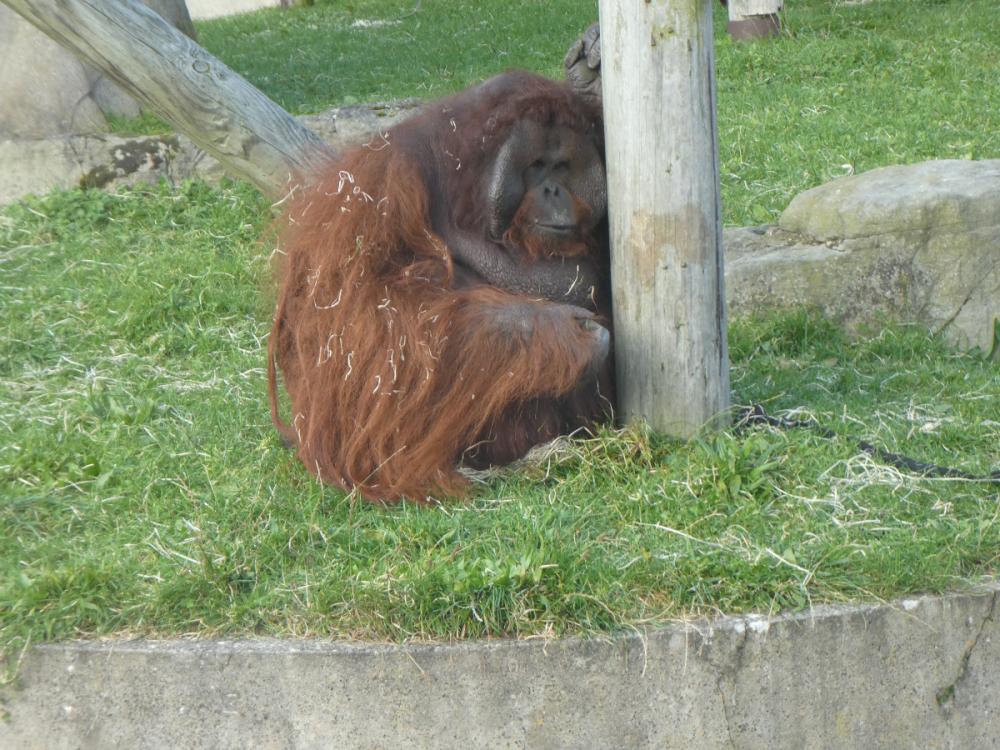 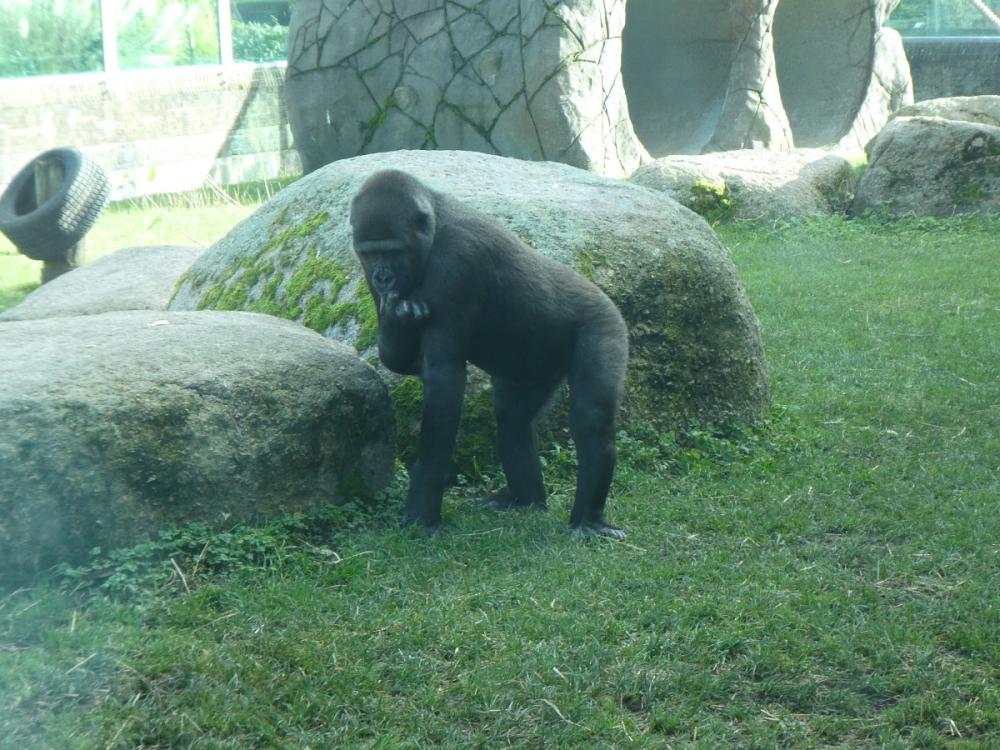 Gorilla
I liked the informative boards that tell you how many years each animal lives and which country they are from - I never knew wolves can still be found in northern Iberia.

The lions can be seen sunbathing if you choose to visit on a sunny day. The antics of the Gibbons, Monkeys and Gorillas will delight many a young visitor to the zoo. 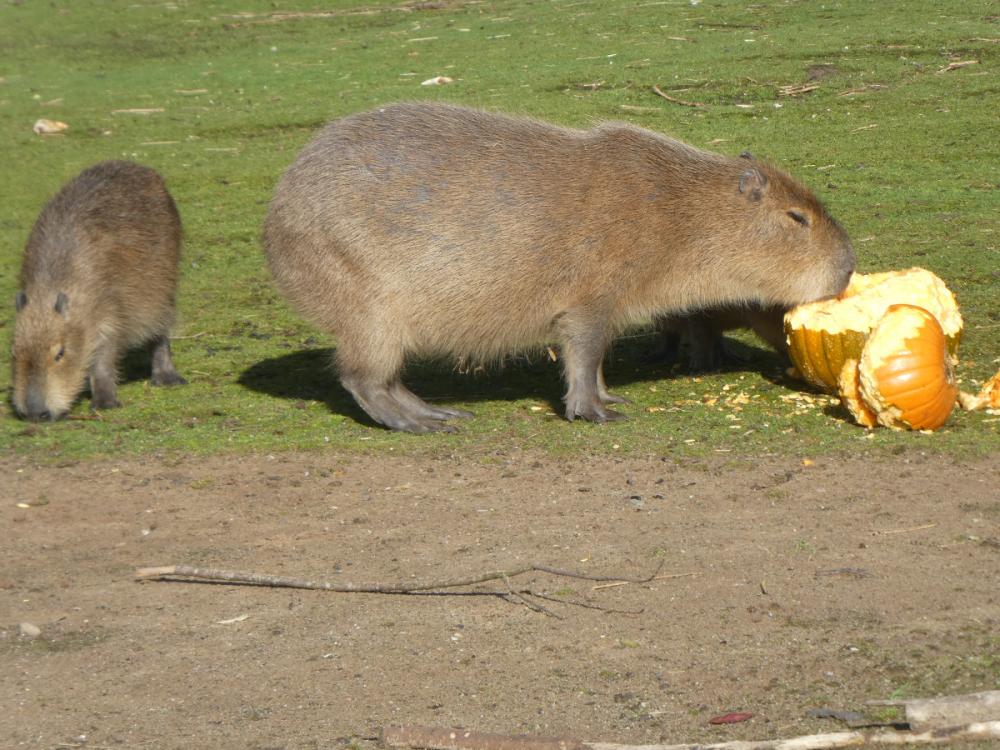 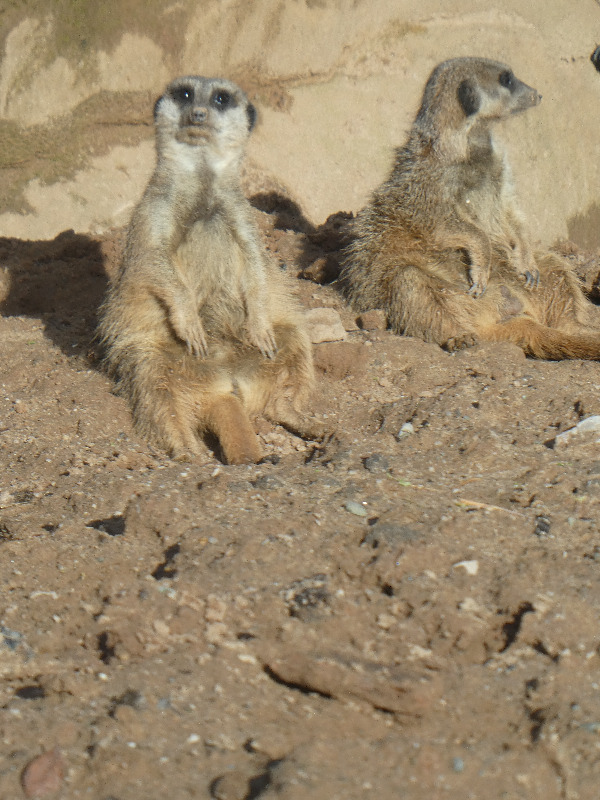 Meerkats
The sea lions seemed to be a popular attraction as do the Meerkats.

Going back in time to the Dinosaur Safari has plenty of Halloween twists added to it, but if you are scared of giant spiders I would suggest you give it a miss. 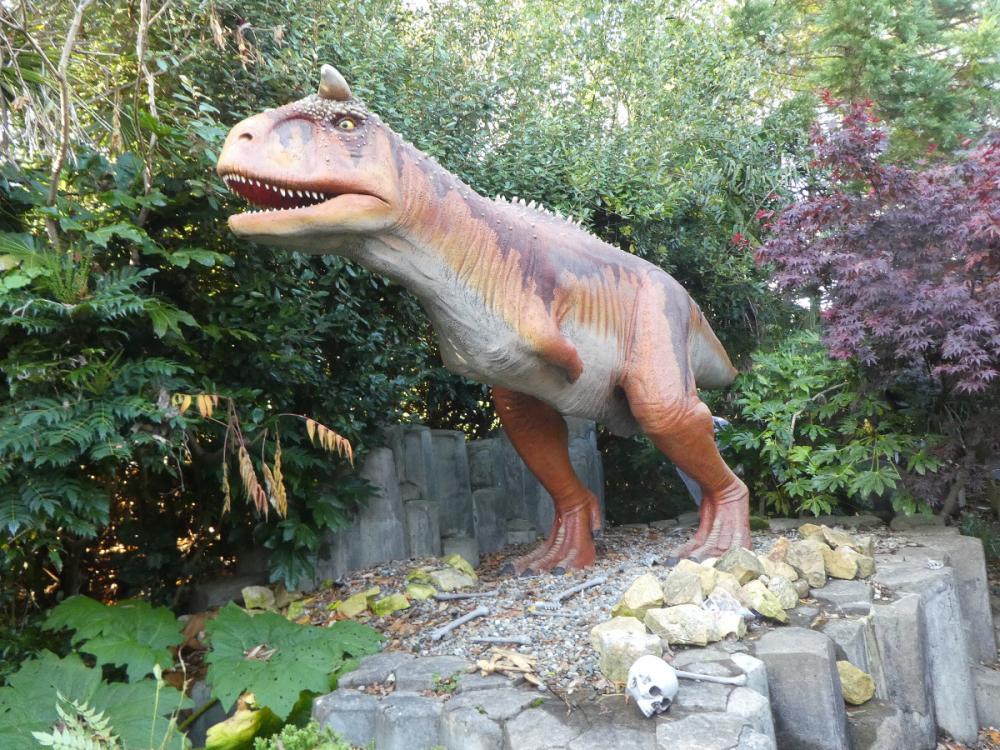 Dinosaur Safari
Social distancing is practiced well throughout the park and there are plenty of sanitizer stations.

There are plenty of picnic areas and a play area for the younger guests who make up a large portion of the visitors to the zoo.

All in all a great day out.