Gig Review: Lady Gaga An Artist Who Needs No Introduction. 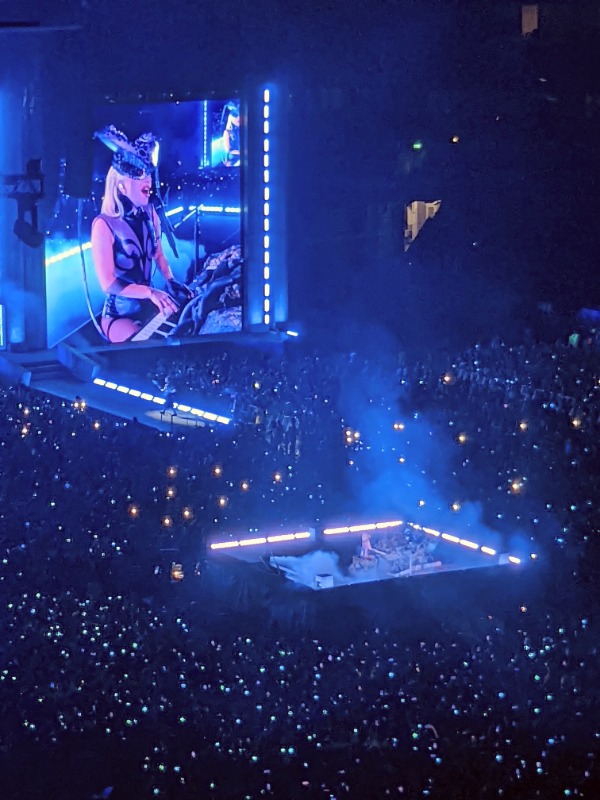 Lady Gaga is an artist who needs no introduction. Singer, songwriter, dancer, actor, philanthropist are just fragments of Stefanie Germanotta, a global icon, who during the first lockdown released Chromatica.

In many ways her most personal album to date, Chromatica dealt with her mental health struggles and failed romance in a defiant, celebratory and all-embracing manner. Packed from start to finish with killer anthems, it unsurprisingly ended up being one of the best selling records of the year and reinvigorating the pop element of Gaga's career.

With her tour having to be postponed twice due to the pandemic, the audience at the sold out Tottenham Hotspur Stadium were in a state of euphoria as the anticipation for her entrance steadily built from the early door opening. 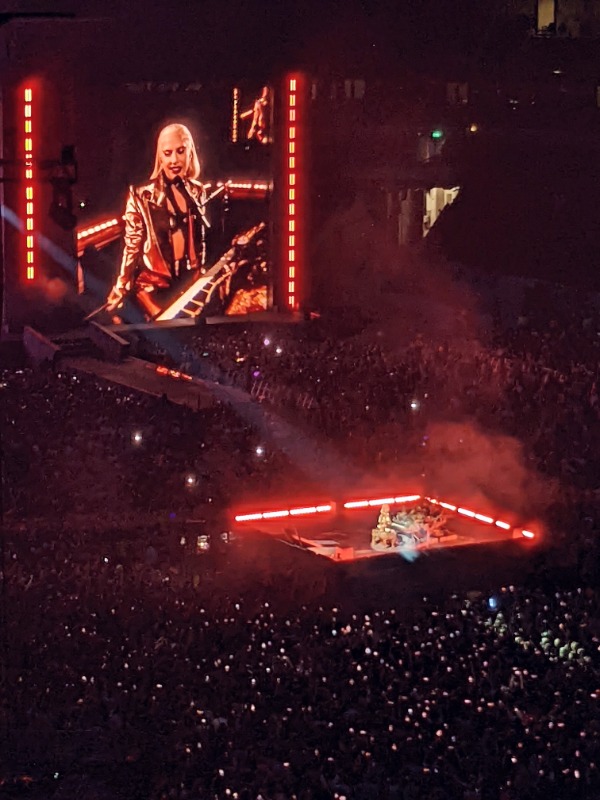 As the lighting changed and the introductory visuals built into the opening song, Bad Romance, the excitement exploded and a joyous sing along filled the stadium. With her vocal shining brighter than ever, Gaga's visuals were on point and her audience captivated.

With a show structured around the visuals, the otherworldly narrative tied together key hits past and present. Although rumoured guests Ariana, Kylie, Olly and Rina never appeared, their presence was not needed. Gaga owned the stage and filled hearts with pure joy.

Although Artpop and Joanne were overlooked for contributions, the delivery of Poker Face, Monster, Shallow and Edge of Glory gave fans of old something to scream for, while the inclusion of 1000 Doves and Babylon highlighted the sheer strength of Chromatica. All these delivered before the glorious finale of epic hits Stupid Love and Rain On Me. 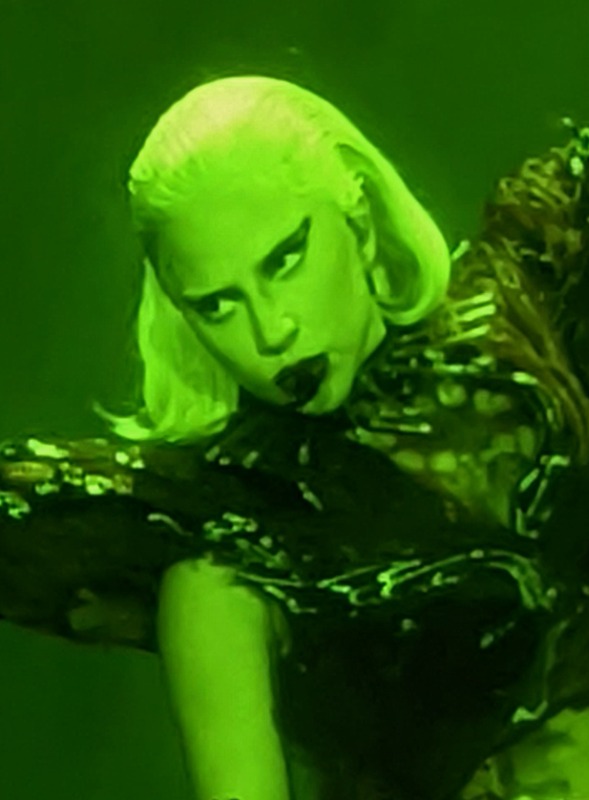 While the audience were high on adrenaline and sheer pleasure by the end of the set, Gaga returned for one more song - the striking rock moment, Hold My Hand.

With a show full of theatrical treats, including 60 foot tall flames, the star of the show always remained the centerpiece. From her stripped back piano rendition of Shallow through to her tender, honest speeches, the epic costumes and insane dance moves just added to the thrill.

Gaga has always been known to go above and beyond as a performer, but The Chromatica Ball took it to insanely high new levels.