Piers Gilliver was left struggling for words after going one better than his Rio silver to claim top spot in the men’s wheelchair fencing épée category A at the Makuhari Messe.

The 26-year-old had fallen at the round of 16 stage in the sabre competition a day earlier but showed no signs of letting that disappointment affect his performance with six straight wins in Pool 1.


I just focused on my own game plan and executed it as best I could. Piers Gilliver
After breezing past Artem Manko of the Ukraine 15-2 in the quarter-finals, 2019 world champion Gilliver exacted revenge on China’s Sun Gang 15-6, with the latter having dramatically beaten the Brit in the Brazil showpiece five years ago. 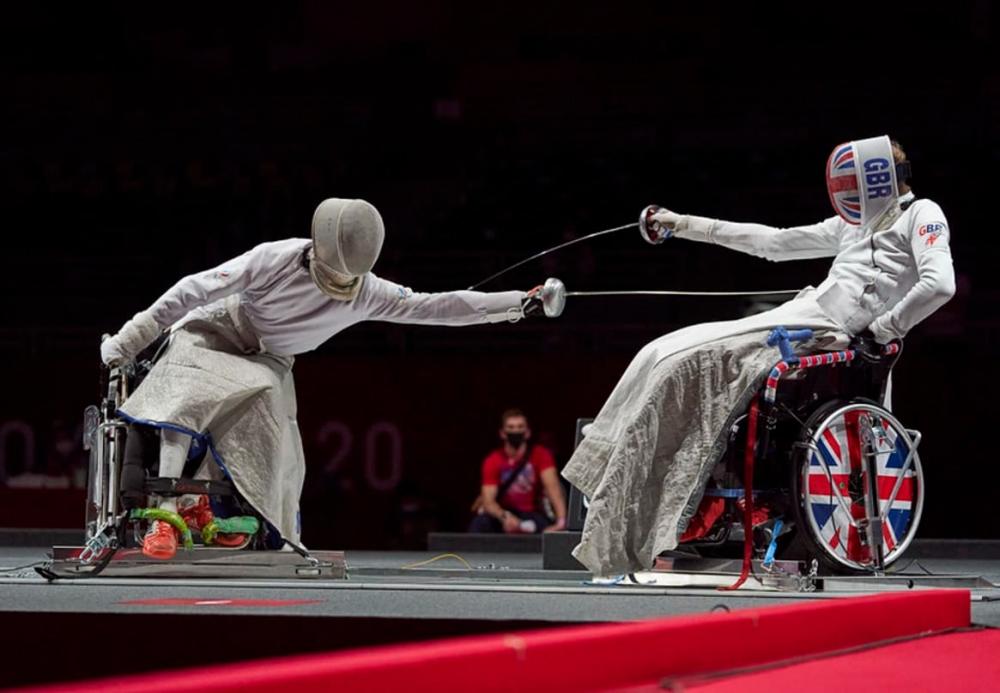 Piers Gilliver on his way to the men’s épée category A gold medal
And with the gold medal at stake Gilliver kept his composure against the Russian Paralympic Committee’s Maxim Shaburov, romping to a 15-9 win to seal Paralympic glory.

“I’m a little overwhelmed but very happy,” he said. “Maxim has been a huge rival of mine for years, so I just focused on my own game plan and executed it as best I could.

“The small things have been really important in my preparation over the last five years. I have been meticulous in my training. Despite all the difficulties we have all faced I made sure I came here as best prepared as I could.

“I think the épée suits me a lot better than sabre. I can take my time and be more creative in the way I fence, and I like problem solving and using tactics. Sometimes I struggle with the sheer speed of sabre.”

Fellow Brit Dimitri Coutya also claimed a medal place in the men’s category B, picking up bronze following 15-11 victory over Belarusian defending champion Andrei Pranevich in the battle to complete the podium.

Coutya, 23 – who progressed to the quarter-final stages of both category B foil and épée events at the Rio Games five years ago – had safely navigated his way out of Pool 1 with six straight victories, before beating Ukrainian Anton Datsko 15-13 in the last eight.

Brazil’s London 2012 champion Jovane Guissone denied Coutya a spot in the showpiece 15-12, but the British star bounced back with a convincing victory in the bronze medal match to earn his first Paralympic gong.

He said: “I’m a little disappointed not to make my first Paralympic final but it feels wonderful to win a medal for Great Britain. The field is really strong with a lot of great opponents. 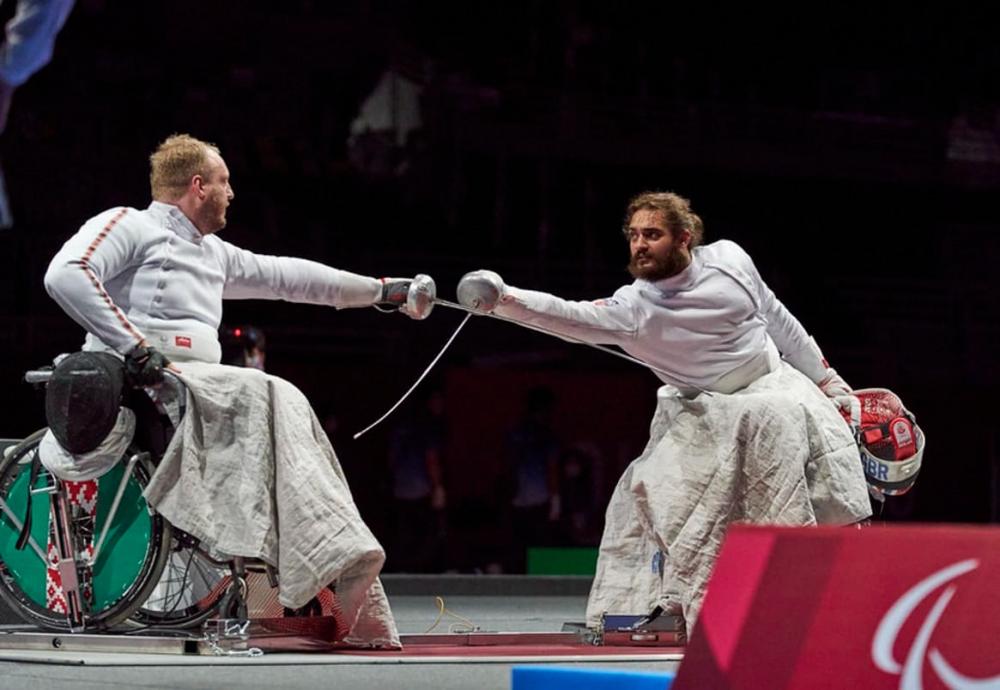 Dimitri Coutya following victory in his bronze medal bout against Andrei Pranevich
“I knew what I needed to do against him [Pranevich]. He is a tough opponent – the defending champion – I had to dig deep and I am so glad that I was able to.

“So much work has gone into today from a lot of hard-working people in the team so I am glad to have won something for them, and for me to show that hard work really pays off.”

The welcome, the hospitality, the warmth we have been shown has been incredible. Gemma Collis-McCann

Elsewhere, Gemma Collis-McCann progressed to the round of 16 in the women’s épée category A, following Pool 3 wins against Japan’s Mieko Matsumoto and Poland’s Kinga Drozdz 5-2 and 5-4 respectively.

With a place in the quarter-finals at stake, the 28-year-old fell to sabre bronze medallist Yevheniia Breus 15-5, and after disappointment in the sabre class Collis-McCann admitted she was frustrated with her overall showing in Tokyo.

She said: “I am absolutely gutted - I haven’t performed how I know I can. I need to go away and look at what went wrong, I’m maybe struggling with self-belief at the moment.

“It has been a difficult time for everyone, we have only had one competition going into the Games. In épée I am struggling without any wheelchair sparring partners, whereas a lot of these girls have another class athlete in their own countries.

“But the experience in Tokyo has been amazing. The welcome, the hospitality, the warmth we have been shown has been incredible, and I am so pleased the Games could go ahead.”