Gocycle – That’s Just What I Did! 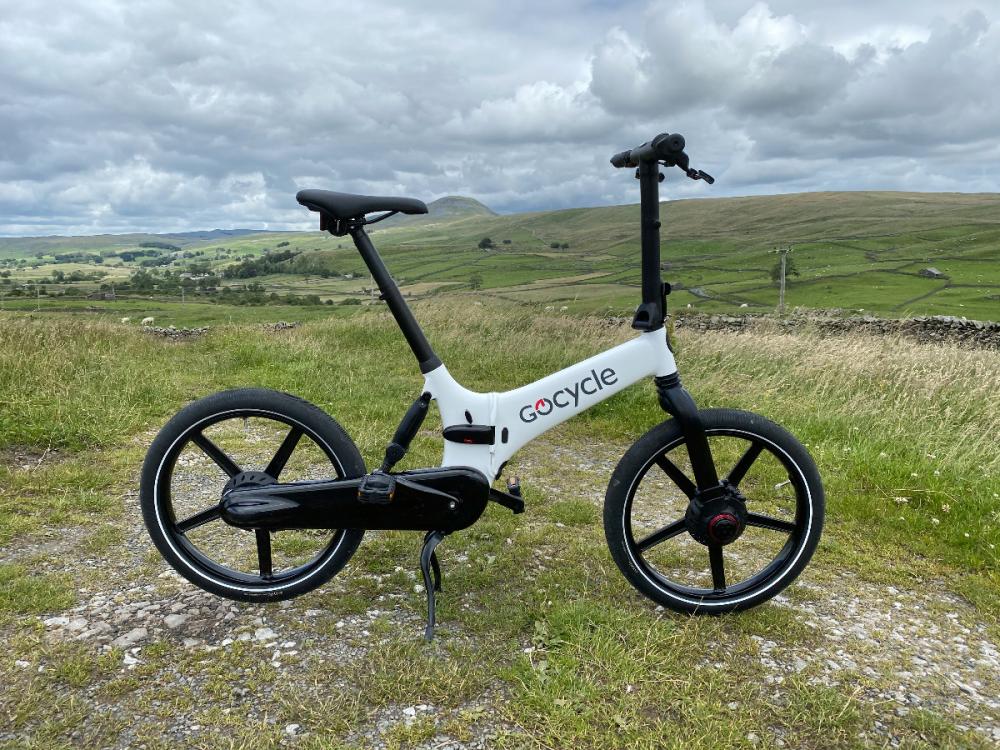 I was a keen cyclist in my early teens and spent many a happy hour in the saddle. I journeyed to school and back for many years, a 6-mile round trip and enjoyed many a leisure ride. It was all about personal freedom and it meant I could steer clear of public transport. 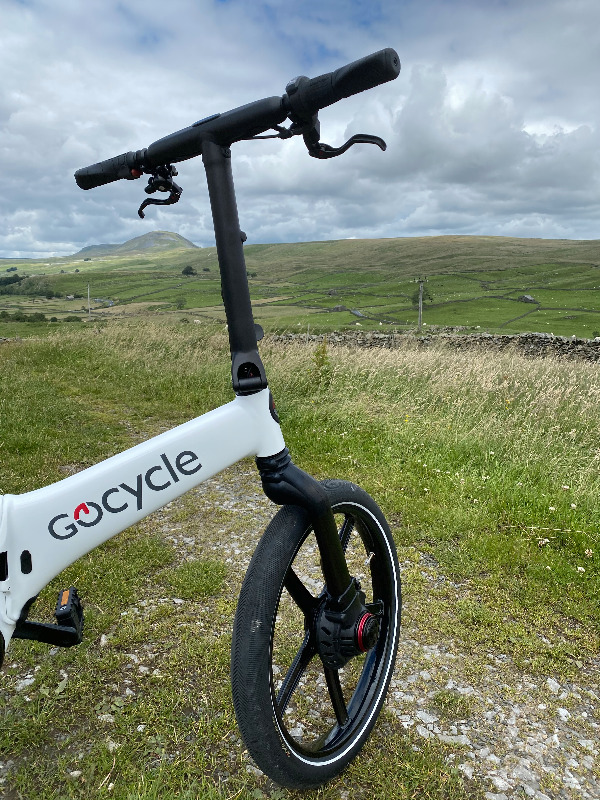 However, once I turned seventeen, I swapped 2 wheels for 4, the lure of all things automotive proved to be irresistible.

I eventually sold my lovely Claude Butler racing bike, and this was replaced by a heavy and cumbersome mountain bike which to my shame has spent most of its time gathering dust in the garage. The last time I used it I realised how unfit I was and was happy to return it to the darkest corner of its shelter.

The world of cycling has moved on apace over the last few years with the advent of the electric bike – time to put one to the test.

On test here is the Gocycle GX, a British-designed electric bike intended primarily for the urban commuter. The company was founded back in 2002 by a former McLaren racing car designer, with the GX, introduced in 2019 the company’s fastest seller.

Its party piece is the ability to fold it in as little as ten seconds. Once that is done, the Gocycle can be easily stowed in the boot of the car or wheeled onto public transport.

There is the potential for a countryside dweller such as me to drive to the outskirts of a town or city, park, unfold and continue my journey emissions free.

How does it ride?

I live in a hilly area and set off on my first ride with some trepidation. The first two miles were mostly uphill, my intention being to head to the top, turn around and return home. However, reaching my lofty vantage point had been plain sailing (or should that be riding?). 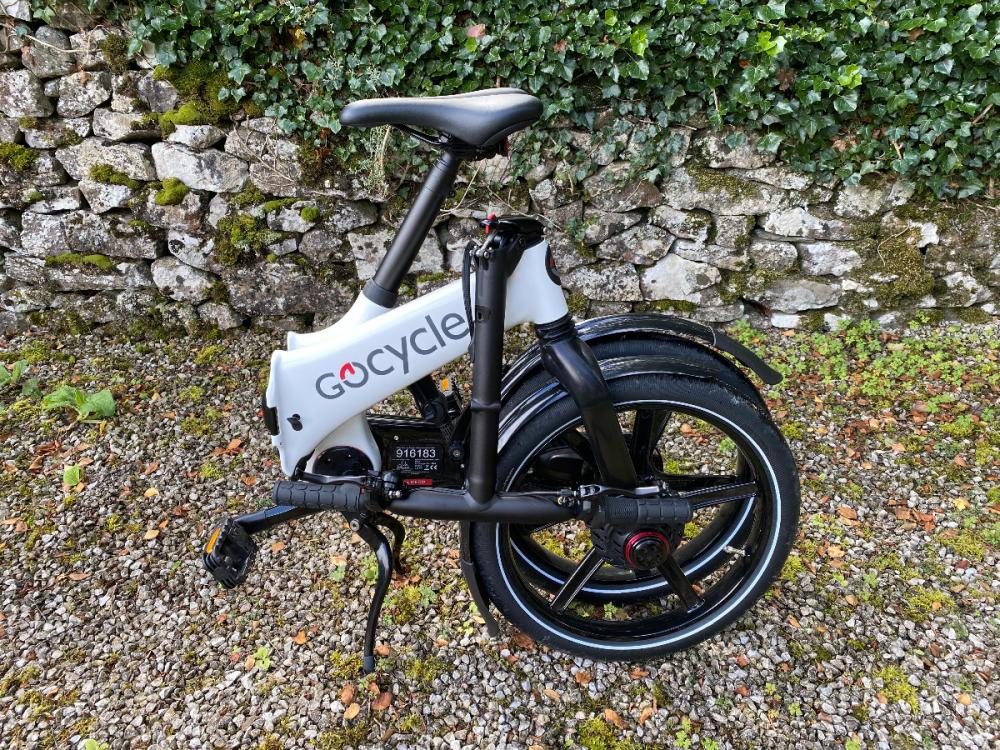 You do have to pedal, and it takes a few rotations before the front mounted motor bursts into life. Once it is active, it undoubtedly takes the burden away from your legs. There is also a handily placed boost button, operated by the left thumb which gives a little extra urge for the very steepest hills.

The bike feels stable, the brakes powerful and the suspension helps absorb the very worse bumps.
I bravely decided to continue my travels and 3 or 4 miles later found myself in the neighbouring village. Now I was faced with a dilemma. The short route home would take me along a busy A-road where it is doubtful a wobbly middle-aged cyclist would feel at home. I therefore continued on the back roads, returning home having accomplished a route of some 15 miles.

I was a little tired but somewhat exhilarated. I had used up much of the bike’s range, a tad too much use of the boost button methinks.


Also by Andy Harris...
Honda Civic Type R – As Thrilling As Ever!Local Car Customization Business Finds Direction During LockdownMotorhome And Camper Van Thefts Are IncreasingAll-New Isuzu D-Max On Sale – First Drive ReviewDacia Debuts All-New Sandero
My next few rides were a little further, each one a little easier and more enjoyable as I rediscovered the joys of cycling once again. The best bit – overtaking a few lycra-clad cyclists puffing up some of the steeper hills!

I tackled a few off-road tracks, nothing too demanding, yet the Gocycle coped admirably despite its modest wheel and tyre combination.

There is an App for your mobile phone, which allows you to customize the bike and keep tabs on distance travelled, speed etc. It works well.

Should I buy one?

The Gocycle is a well-made, premium product and for that you must pay. Cheaper electric bikes are undoubtedly available, but most do not fold, and many will not offer the Gocycle’s range.

Finance schemes are available and there is support from the government’s Cycle to Work scheme. In essence, your employer buys a bike for you to ride to work and you hire it through a salary sacrifice. Bicycles over £1,000 are now included in the scheme and you may well save many hundreds of pounds in the process.

Designed with the urban jungle in mind, I grew rather attached to the Gocycle. On a few occasions I popped it into the boot of my test car and explored a few more distant locales. It worked equally well on a couple of shopping trips.

My enthusiasm to ride a bike has undoubtedly been renewed and when funds allow an electric bike will take pride of place in my garage.

Will it be a Gocycle? Quite probably as I do want a bike that folds. Furthermore, I may not be able to afford a McLaren supercar, more’s the pity, but a McLaren designer created e-bike is within my reach. Time to check the piggybank.

Local dealer JE James has branches in Sheffield and Rotherham if you want to try before you buy.