Goodwill To All Men And Mrs Tittlemouse 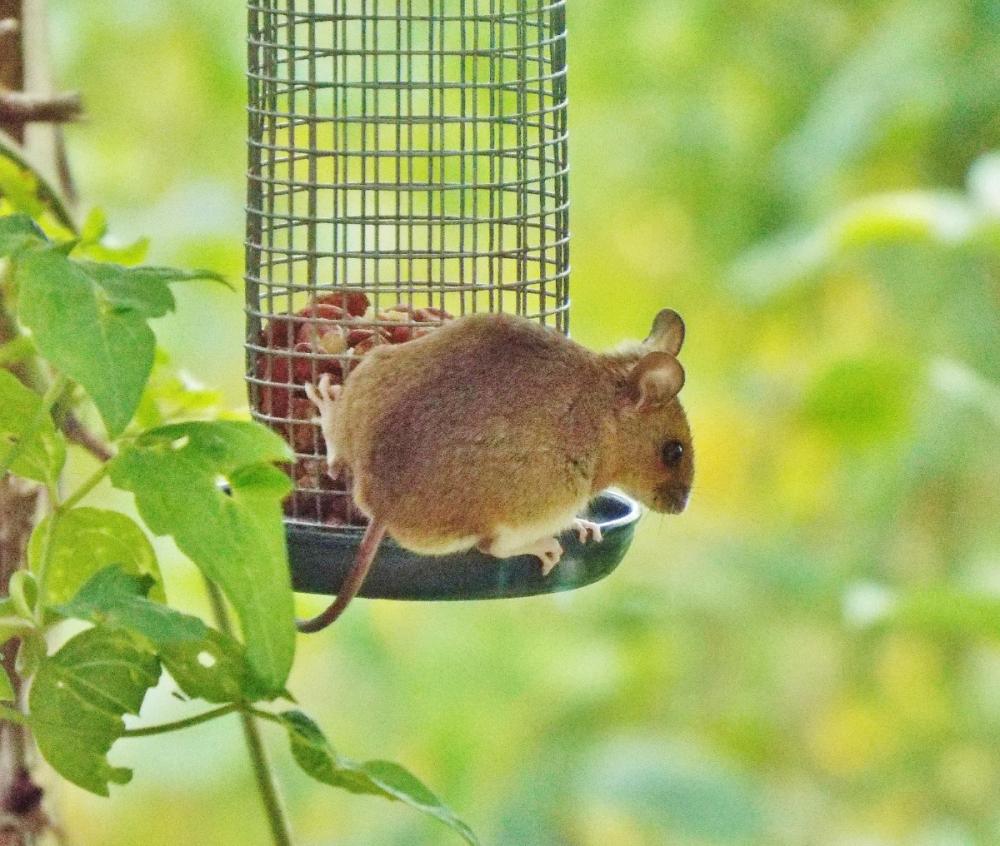 I am a soft clart.

Let me paint a picture …

In Cumbria where I live, my house is situated next to a field. Along with the help of neighbours, the field is run as a trust where we encourage wildlife to thrive through the planting and management of flowers and trees. Over twenty years, I’ve grown quite a few from seed: alders, oaks, scots pine and birches. Some we’ve had donated from friends; some we’ve transplanted from places where they probably wouldn’t have thrived (ashes and sycamores from our driveway); some I’ve been given as birthday presents (dawn redwood and silver birch) and two were Christmas trees we wanted to replant after the festivities were over.

Being something of an early riser (I’m usually conscious by 5:30 am), after a quick visit to the bathroom, I’m down in the kitchen, where Arthur the dog gets a breakfast while I turn on the kettle. In the winter, I’ll put on wellies over pyjamas, shove a thick Aran sweater on and my Dad’s old woolly hat, pick up a torch, give Arthur his reflective scarf thing (his breakfast finished without touching the sides) and then we’ll venture out the back into the dark of an early Cumbrian morning. The air is always at its freshest at this time, and while birds begin tuning up, I’ll glance at the sky for signs of the universe through cloud.

In the summer, our field teems with wildlife and occasionally Arthur disturbs something small early in the morning. Being somewhat wimpy, he never chases but sets about his hobby of tree sniffing. The biggest show-off this year in the field has been the dandelion, which I've assiduously avoided when mowing so that bees get a nice feed. I've also had the pleasure of watching a queen wasp construct a nest from wood pulp chewed off the outside of the shed; blackbirds, sparrows, bluetits and (gasp) bullfinches have all built nests in and around our hedges and trees; a sparrowhawk hunts fairly regularly on the field margins; two (yes two) hedgehogs visit in the twilight hours; a parliament of rooks have been wrecking the peanut feeders and a rat occasionally puts in an appearance in our veg patch.

Amid all this fecundity, the biggest vexation over the years has been the field mice that make incursions into the garden to raid our greenhouse, laying waste to sweet pea shoots, the raspberries or whatever else is on offer at the time. The effort that goes into growing fruit and vegetables is mainly shouldered by Fiona, my wife. Apart from slug damage (we have the fattest, most voracious slugs known to humankind), it is those cute, over-eared, large-eyed field mice characters straight out of some Beatrix Potter story that give us our biggest problems … especially when it comes to finding suitable control measures. Mr and Mrs McGregor had no qualms about skinning and cooking rabbits that transgressed in their garden, whereas Mrs Humble and I struggle dreadfully with what to do about our field mouse problem.

I am too squeamish to consider using ‘little nippers’ and so we have adopted the humane tilt trap option. For the uninitiated, these traps do not kill the mouse, but capture it through an ingenious see-saw method whereby the creature is enticed into an open pipe by the prospect of food therein (we’ve found that peanut butter is almost irresistible).The trap then tilts and the end closes with the detainee unharmed inside. For those that say these traps don’t work, I can attest that sometimes they do. The drawbacks are threefold: quite often the mice are so agile and sensitive that they escape before the end closes; mice weigh nothing and so when the trap is triggered (short of shaking it around and listening for noises) it is difficult to work out if there is anything inside; the mouse has to be released about two miles away or they will return in a day to the scene of the crime.

On a number of occasions, I have walked with a closed trap the prerequisite distance for release, convinced I’d caught one of the little blighters, only to find it empty. When I have been successful, the scene of release is peppered with angst about the consequences for the mouse and its offspring … just what will happen to the children once the breadwinner has been removed from the scene?

It is a dilemma: control the plundering or leave well alone and lose your crop of raspberries.

I do not know the answer.

However, I do know that I am a soft clart, because I find myself leaving wizened and damaged grapes out for them in the winter months … Merry Christmas Mrs Tittlemouse.

Your love of my raspberries has resulted
in this late evening walk in headtorch,

to hedges of hazel and blackthorn,
far enough from home to foil ideas of return.

Aware of owls ripping through moonlight,
I kneel in damp fescue and sedge,

clutching this tilt trap of quantum uncertainty;
mouse or no mouse? that is the question.

The trap gate opens. You see me for the first time,
holding the moment in beads of black polished glass,

And in that instant, in that brief connection,
my doubts bubble. This is a good deed isn’t it?

This forced relocation; got to be a better solution
than back breaking death or slow poisoning.

Although I try to convince myself,
I believe you remain sceptical.

I am your nightmare; the one interrupting
your regular midnight feasting,

the one separating you from all your
blind, deaf and hairless babies,

the one from which you must flee in terror
the second the black plastic touches the ground.

But, unlike Mr. McGregor, as I stumble one mile
back through darkling woods, soft clart that I am,

I’m hoping the owls have an off day
and secretly, despite your fruit plundering,