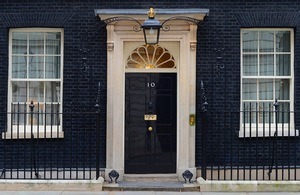 The TUC has accused the government of “turning its back” on working people after ministers failed to include an employment bill in the Queen’s Speech.

The TUC has accused the government of “turning its back” on working people after ministers failed to include an employment bill in the Queen’s Speech.

In 2019, the government announced it would bring forward a new employment bill to improve people’s rights at work, but despite committing to the bill on at least 20 occasions, ministers have shelved the legislation.

“The prime minister promised to make Britain the best place in the world to work. But he has turned his back on working people.

"Bad bosses up and down the country will be celebrating.

“No employment bill means vital rights that ministers had promised – like default flexible working, fair tips and protection from pregnancy discrimination – risk being ditched for good.

“And it means no action on the scourge of insecure work and ending exploitative practices like zero-hours contracts and fire and rehire.

“After the P&O scandal, dragging our outdated labour laws into the 21st century has never been more urgent.

“But by shelving the employment bill, ministers have sent a signal that they are happy for rogue employers to ride roughshod over workers’ rights.

“Enough is enough. This is a government that just doesn’t get it – from the cost of living emergency to the insecure work epidemic.

“People can’t wait for greater rights and security at work – they need it now.”

“This proposal is feeble and likely unworkable.

“The government has done nothing to tackle the most flagrant labour abuse in years by P&O.

“Only stronger employment legislation that boosts worker protections and stops companies firing on the spot will prevent another P&O-type scandal.”

The TUC says that the following policies were all promised within an employment bill, and are now risk being ditched altogether:

Ensure that tips go to workers in full.

Introduce a new right for all workers to request a more predictable contract.

Make flexible working the default unless employers have good reason not to.

Introduce a new legal entitlement to one week’s leave for unpaid carers.

In addition, the government consulted on reasonable notice period for shifts allocated and cancelled, and payments for cancelled shifts, which the TUC points out the government has “since gone quiet on.”

The union body also highlights that the government promise to make employers responsible for preventing sexual harassment risks falling by the wayside without the employment bill, as the policy needs primary legislation to carry it forward.