Granfalloon Gets Positive On New Album *****

Granfalloon AKA Richard Lomax releases his third album Positive Songs which includes the single Who You Are.

The single sees him continuing in his unique indie folk grooves that runs across the positive message of the album. “Embrace Who You Are” he sings on the track. The melody, like most of the tracks on the album clings on to you refusing to let go. 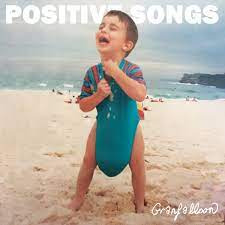 Opening tracks I Don’t Feel Blue and The Pigeon do remind me slightly of early Stone Roses tracks, the latter in particular could have come off the Roses’ seminal debut album. Maybe the Manchester-based songwriter and producer is a fan of his more famous Manchester counterparts.

He becomes into his own on See You Soon though the vocal reminds me slightly of Billy Idol! I am sure that if Idol covered the track it would be a massive hit. The comparison might appear slightly random but it is a valid one.

The album ends with the ballad Better Than Today - a delicate number where the positivity continues as he sings that 'tomorrow will be better than yesterday'. For now after listening to this accomplished album today is definitely better than yesterday.
Also by Graham Clark...
Paloma Faith – Keeping The Faith In ManchesterInterviewing The VengaboysLet’s Rock Leeds! - The 80’s Music Festival Charms At Temple NewsamDuran Duran - No Ordinary World In ScarboroughAlbum Review: Metallica - The Black Album Remastered