Grease The Musical – The One That I Want! 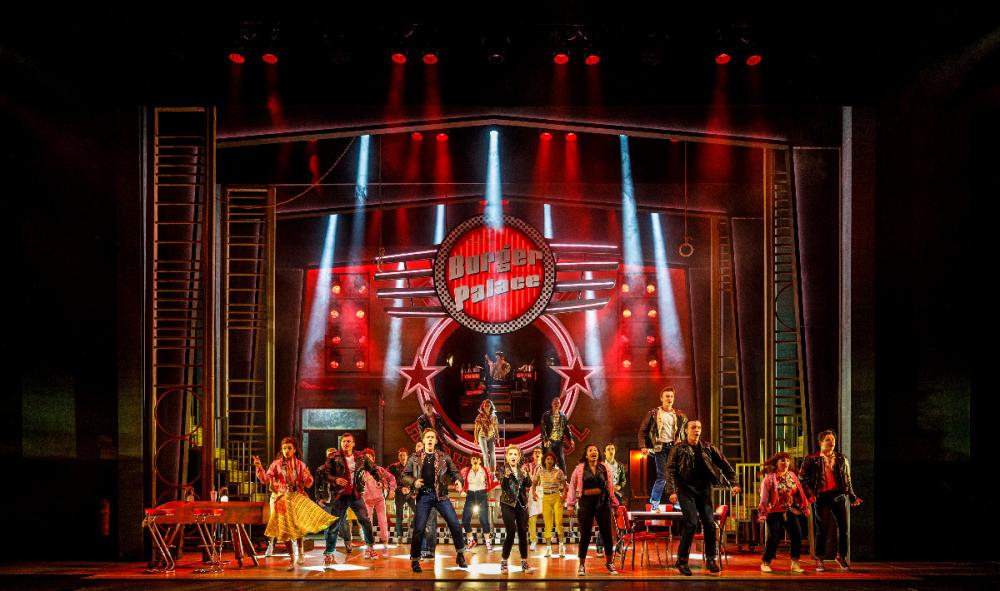 photo credit Sean Ebsworth Barnes
One of the world’s best-loved musicals has made its return to the stage instantly transporting its enthusiastic audience back to the 1950’s.

In a story line that is familiar to most, following a whirlwind summer romance, leather-clad greaser Danny and the pretty girl-next-door Sandy are unexpectedly reunited when she transfers to Rydell High School for her senior year. The burning question must be, can they survive the inevitable trials and tribulations of teenage life and find true love once more?

Based on the original Broadway show script, the Director Nikolai Foster has successfully taken the much-loved musical back to its roots for this production which is by no means as sweet as the saccharine film version.

The young and talented cast can both sing and dance and are full to the brim of high octane energy which is just as well as the dance routines, choreographed by ex-Strictly judge Arlene Phillips are original, creative and energetic, with the many ‘flick kicks’ being performed faster than greased lightning.

Dan Partridge and Ellie Kingdon were perfectly matched to their characters as Danny Zuko and Sandy Dumbrowski, not only in their appearance and on-stage chemistry, but also in their singing and dancing capabilities.

As well as the more familiar numbers, songs less well known and not included in the film version were incorporated into the show which gave the other characters an opportunity to come forward and shine, of particular note was the high school girls, Marty (Hannah-Faith Marram) Jan (Maeve Byrne) Frenchy (Marianna Neofitou) and Rizzo (Tendai Rinomhota) as they performed ‘Freddy My Love’.

Also of note was Jacob Fisher who took the part of Vince Fontaine/Teen Angel. The hip thrusts must have made many a lady hot under their collar whilst in every respect Teen Angel was a fabulous, if less well known number.

The anonymous musicians in the pit were a delight and throughout the evening managed to maintain a good balance with those on stage ensuring that none of the lyrics were lost.

This is a slick, fast paced production and I cannot fault the cast, costumes, staging or choreography.

The theatre was full and the audience were appreciative to the point of being on their feet during the final musical mega mix, so I suggest you round-up your Burger Palace Boys, pick up your Pink Ladies and re-discover why Grease really is the one (ticket) that you want this week!