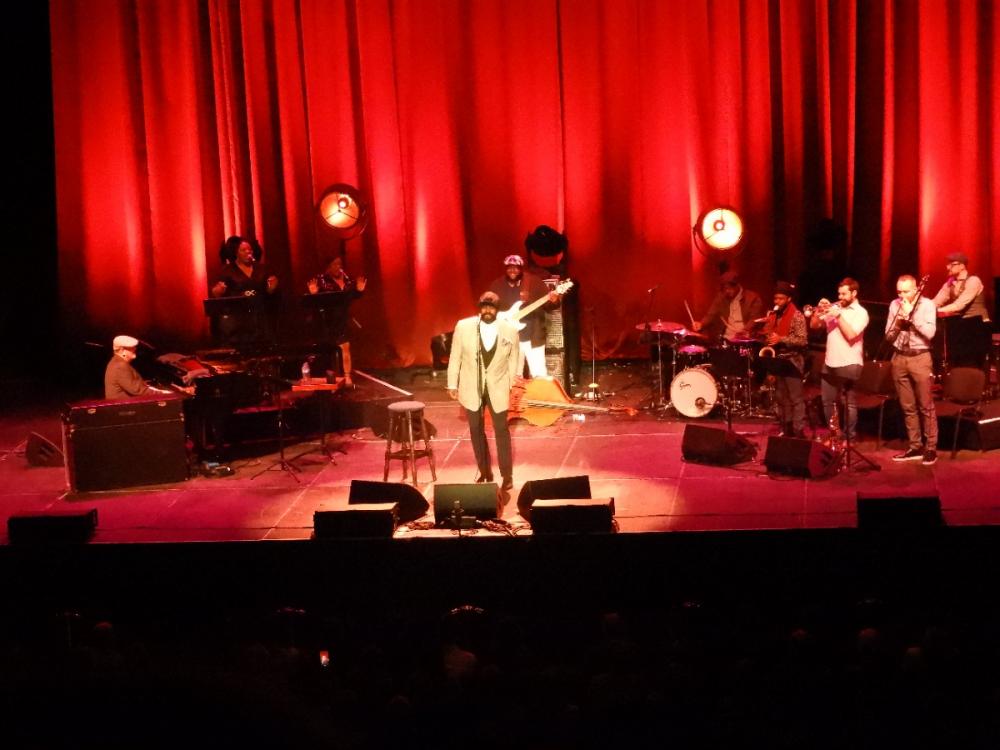 For me, jazz music is best heard in the confines of a small club or perhaps outdoors sat under the palm trees in the south of France at one of the various summer jazz festivals, not a prodigious venue such as Leeds Arena.

As soon as Gregory Porter took to the stage in Leeds any initial fears I had about the size of the venue soon disappeared. Experiencing Porter live is not just about his music, great though it is, jazz music’s new superstar has a way of addressing the audience as though he is your best friend; the way he speaks, his stage presence puts his audience at ease.

...his voice brought back memories of artists such as Cole Porter mixed with the soul of Luther Vandross. A truly breathtaking moment.
Anyone who can make the arena feel much smaller than it is must be doing some right.

Backed by an accomplished nine piece band, Revival Song started a two hour set that was engaging and empowering as Porter showcased the many elements of jazz from smooth to classic elements of the genre.

“The last two years have shown that it is not about the car you drive, the watch you wear or your bank balance, it is all about peace and love” he said as way of an introduction to If Love Is Overrated. The effortless vocal that followed was as smooth as his patter.

The sound was perfect: one could hear every note being played and every nuance in his voice. 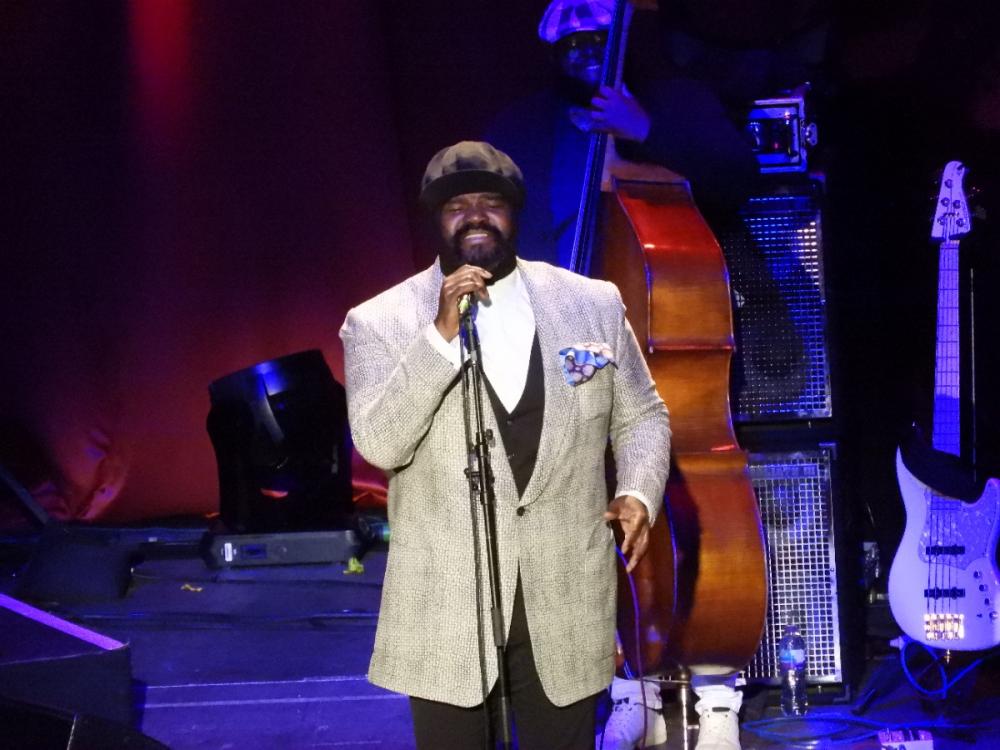 Photo: Graham Clark
With Bad Girl Love the song was performed with just piano and it was a moment to treasure as his voice brought back memories of artists such as Cole Porter mixed with the soul of Luther Vandross. A truly breathtaking moment.
The love, happiness and energy that flowed from the stage had made the world seem a much better place
Throughout the evening each member of the band was given a chance to perform a solo such was the quality of musicianship on stage: the bass solo from Jahmal Nichols being exceptional in the dexterity and skill showcased.

His cover of Papa Was A Rollin’ Stone gave the audience an opportunity to hear another side to Porter with the song befitting from the inclusion of a stunning saxophone solo giving the track a new life.

Musical Genocide had all the elements that make a great song; funky, energetic and enthusiastically played which resonated with the audience as they gave a standing ovation.

“Would you like to join my band?” he asked introducing You Can Join My Band. The chorus line is still in my head asI write this a few hours later, such was the impression made. It had been a pleasure to be in the audience let alone be in his band.

The love, happiness and energy that flowed from the stage had made the world seem a much better place and it felt that we all had been in his band with this awesome show. 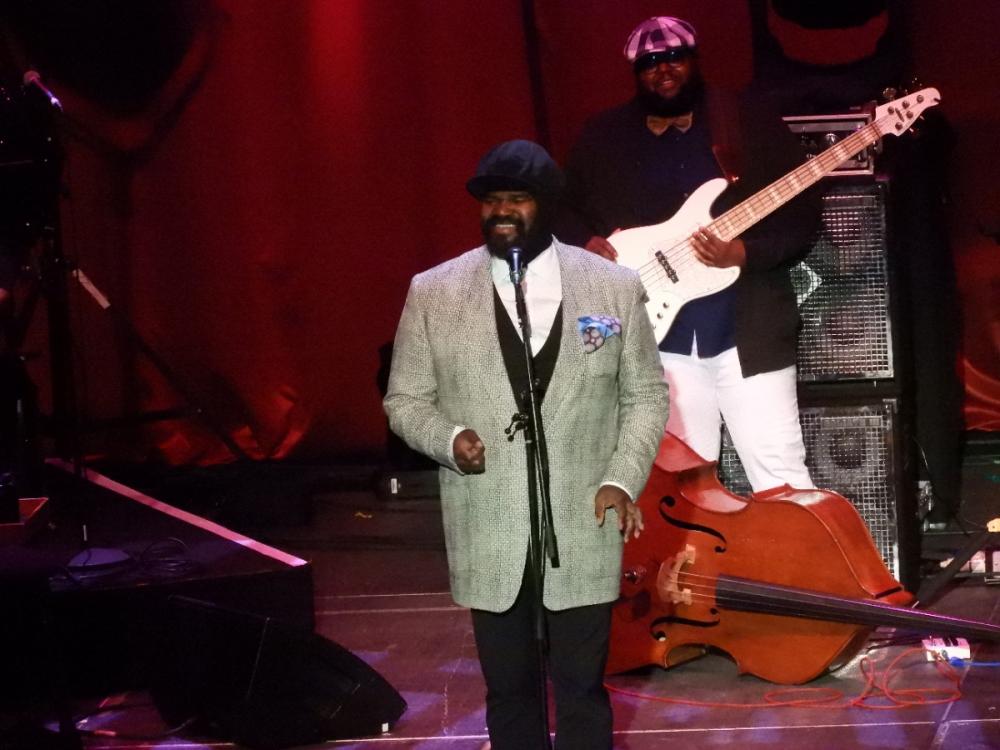 Tickets from:
https://ao-arena.com/events/gregory-porter/11625/
Also by Graham Clark...
Album Review: Belle And Sebastian - A Bit Of PreviousThe Divine Comedy - A Charmed Life On TourAlbum Review: Reef - Shoot Me Your AceAnne-Marie On The Dysfunctional TourPaul Weller Returns In Style