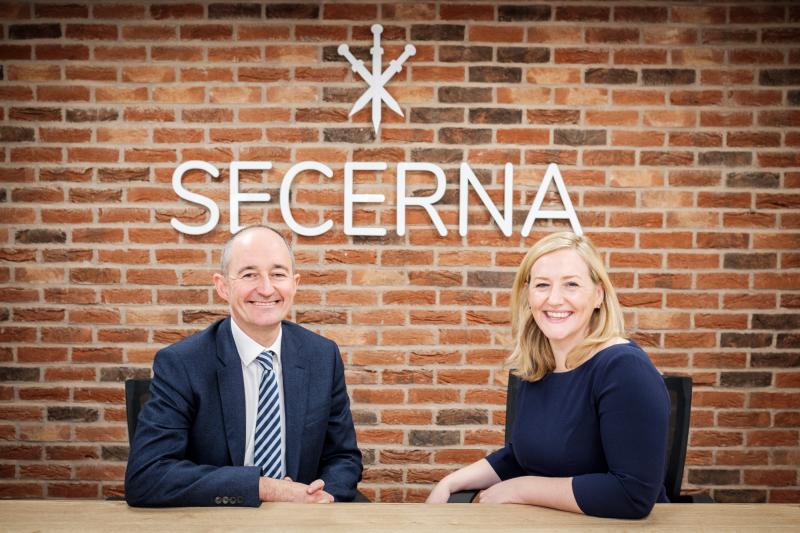 Jason Boakes and Charlotte Watkins
A growing firm of patent attorneys headquartered in York has relocated to the Old Fire Station development in the city centre to continue its expansion.

Secerna LLP, which has offices in York and Newcastle, has moved its head office team of patent attorneys and support staff into a 3,000sq ft office at the newly completed scheme on Clifford Street.

The Secerna team represents multi-national corporations, FTSE and NYSE listed companies, universities, spin-out companies, small businesses and entrepreneurs across the UK and the world, providing advice to help them protect, enforce and defend their intellectual assets.

Jason Boakes is one of the firm’s founders and partners. He says, “Secerna has been based in York since we launched in 2011. The city has given us a fantastic base for doing business with clients throughout the world, and we’re very excited to begin the next stage of our growth from such a landmark city centre building.

“It’s great to see that so many of the building’s original characteristics have been retained in its redevelopment and blend seamlessly with the modern interior. It’s a superb space that suits our business perfectly.” 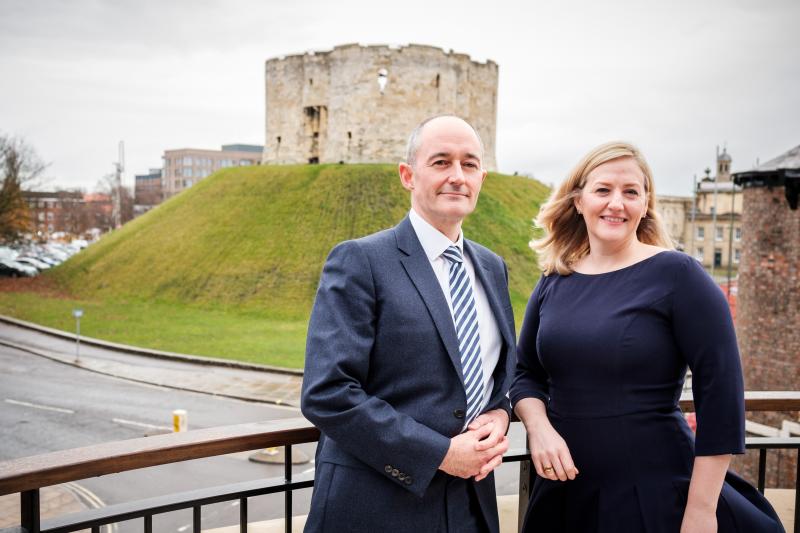 Jason Boakes and Charlotte Watkins
Owner and partner Charlotte Watkins adds, “As the firm continues to grow, these new, larger premises will give us the space we need to bring new people into the team and fulfil our growth ambitions. They will also make it easier for us to travel between our York and Newcastle offices and provide space for clients to visit.”

Max Reeves, development director at Helmsley Group, said: “The lack of available quality office premises and scarcity of new build homes in York city centre has been well documented and property at Old Fire Station has therefore been much in demand.

“It is extremely pleasing to welcome Secerna as our primary commercial tenant and welcome additional workers into the city’s economy. The firm is expanding, and the space is being fitted out to the highest specifications to reflect its status.

“Helmsley Group and London Ebor are setting a new benchmark in York for quality with this project, which offers something strikingly different to what has traditionally been offered in York.”