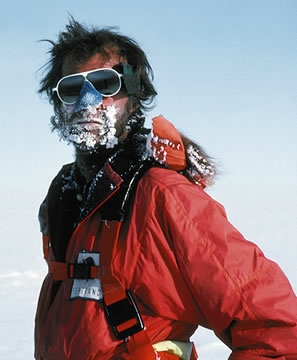 Sir Ranulph Fiennes
The exciting lives of famous folk never wane in appeal. And lives don't get much more exciting than that of Sir Ranulph Fiennes, who was the first person to circumnavigate the world via both poles, has led more than 30 expeditions across the globe, and most recently, scaled the Eiger North Face - not bad for a 68-year-old chap with heart problems, half of his fingers missing and a fear of heights.

The old Etonian turned British Army Officer then adventurer has undertaken somemean feats since the 1960s: he's led an expedition on a hovercraft; discovered what might be an outpost of the lost city of Oman; run seven marathons just four months after a double heart bypass, and amputated his own frostbitten fingertips with a fretsaw. As you'd expect, he's an interesting gent, making his visit to the Royal Hall on Wednesday 4 July unmissable.

His expeditions have been televised, raised incredible amounts for charity and garnered him the accolade 'world's greatest living explorer' - a tag presumably emblazoned across Fiennes' favourite mug. 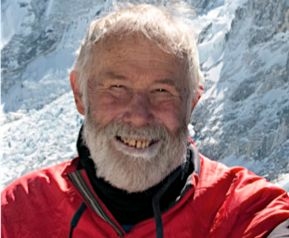 Recently in the news for carrying the Olympic torch up Snowdon (by train, granted, but there were time considerations), Sir Chris Bonington, a British mountaineer who has completed more notable ascents than he's written books - and he's written a stonking 17 of those.

Bonington made the first British ascent of the north wall of the Eiger and led the expedition that made the first ascent of the south face of Annapurna - the biggest and most difficult Himalaya climb of the time. Now aged 77,Bonington like Fiennes, shows no signs of slowing (although he does have all of his fingers).

In his visit to the Royal Hall on Tuesday 23 October, Bonington presents a brand new life and times talk, covering his 60 years spent in - and on - mountains, with original images and raw footage from some of his earliest outings. Bonington was the first mountaineer to take his extraordinary experiences onto the lecture circuit, but this marks his first tour in 20 years.