A Harrogate artist has been selected for a major exhibition which starts in September and will tour the UK for 15 months. 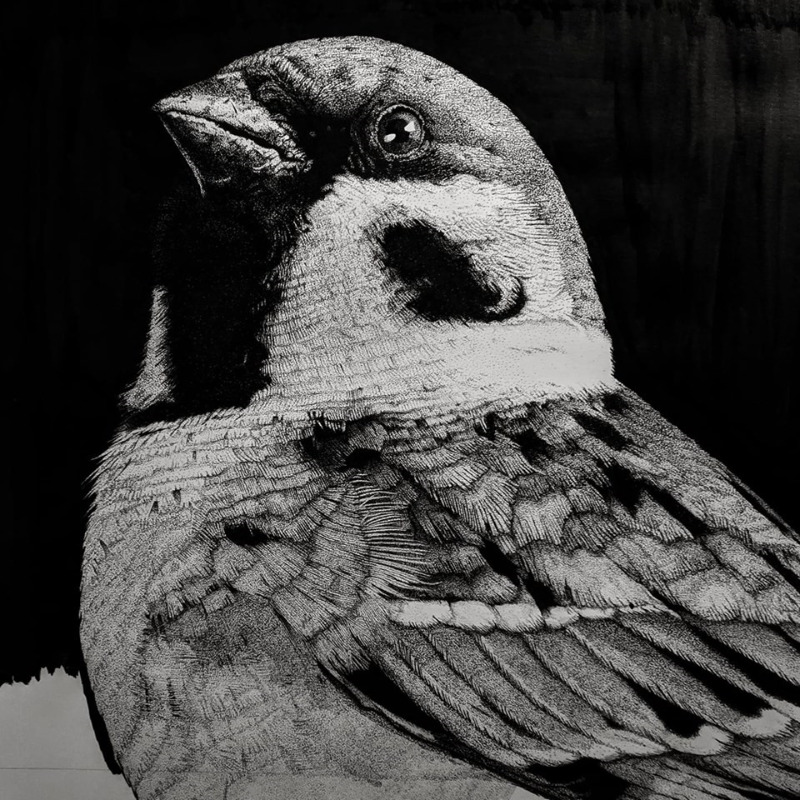 The Yorkshire-based artist, specialising in ink, takes inspiration from nature and architecture. His artwork celebrates detail and shows a realistic portrayal of his subjects.

Christian was inspired to draw a series on local wildlife last year for a pop-up exhibition during a weekend of talks from Chris Packham and Steve Backshall.


Christian and Chris Packham
The sell-out nature talks were hosted by Cause UK at the Royal Hall in Harrogate for The Wild Watch – Nidderdale Area of Outstanding Natural Beauty’s (AONB) biggest ever wildlife survey, supported by the National Lottery Heritage Fund.

Christian Bailey said:
“We are lucky that 95% of the Nidderdale Area of Outstanding Natural Beauty is part of the Harrogate District. It’s an incredible asset, and yet we’re faced with the wider picture that our native wildlife is at risk. Art has the ability to put a new perspective on what we can take for granted, such as the common Tree Sparrow, and help us see it in a new light. Using ink and intense detail shows the real beauty, and fragility, of wildlife and why we should value it and not take it for granted.”


Christian and Steve Backshall
British wildlife is generally at risk as shown by the first official Red List of endangered species, which was released this July and showed a quarter of British native mammals are at imminent risk of extinction. The list, produced for the official nature agencies of England, Scotland and Wales, showed 11 mammals at risk including water vole, red squirrel and hedgehog.

Iain Mann, Nidderdale AONB manager, said:
“Christian’s work is very much part of our mission to engage more people in the AONB through culture, heritage or conservation work to help safeguard and protect its special qualities that make it a nationally protected landscape. This habitat is vital for wildlife. Shortly, we’ll be releasing our State of Nature Report which outline the survey results of The Wild Watch – a two-year citizen science project, which will offer a snapshot on the health of our local wildlife. Over 3,000 surveys were carried out.”

Over 6,400 people attended 140 Nidderdale AONB events during The Wild Watch project, including audiences with Chris Packham and Steve Backshall at the Royal Hall.

Iain added:
“The findings of The Wild Watch sit with a wider national picture where 41% of species are in decline, but there is hope for the future when so many people come together to support their local wildlife.”


Christian is currently exhibiting at the Art of the Mill in Knaresborough. More of his work can be seen on his website www.cabailey-art.com where special limited edition prints are available.