More than 13 hectares of wildflower meadows have been restored thanks to Yorkshire Dales Millennium Trust’s Hay Time Rescue project. 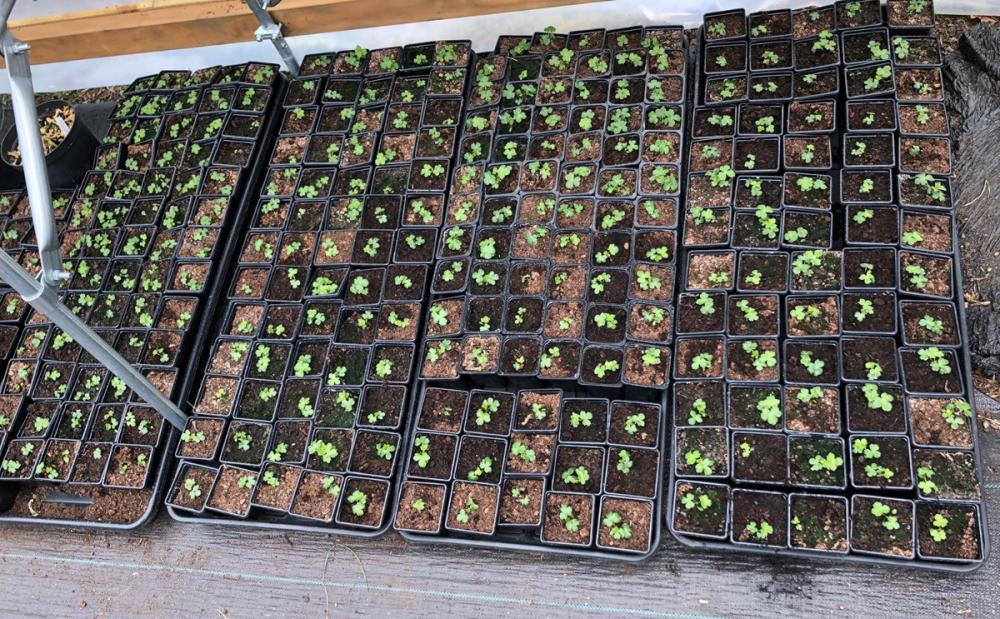 Globeflower seedlings
In partnership with the Lancashire Environmental Fund and Forest of Bowland AONB, the scheme aimed to boost the population of some of the scarcer plant species in the Forest of Bowland, by extending and managing their habitats.

Engaged farmers, landowners and volunteers helped to introduce 1,100 plug plants of three plant species at eight different sites across the AONB. They were grown by volunteers and at Kew Millennium Seed Bank in Sussex.

Hay Time Rescue ran from September 2018 to the end of November 2019 and is part of a wider project of restoration stretching more than 14 years. 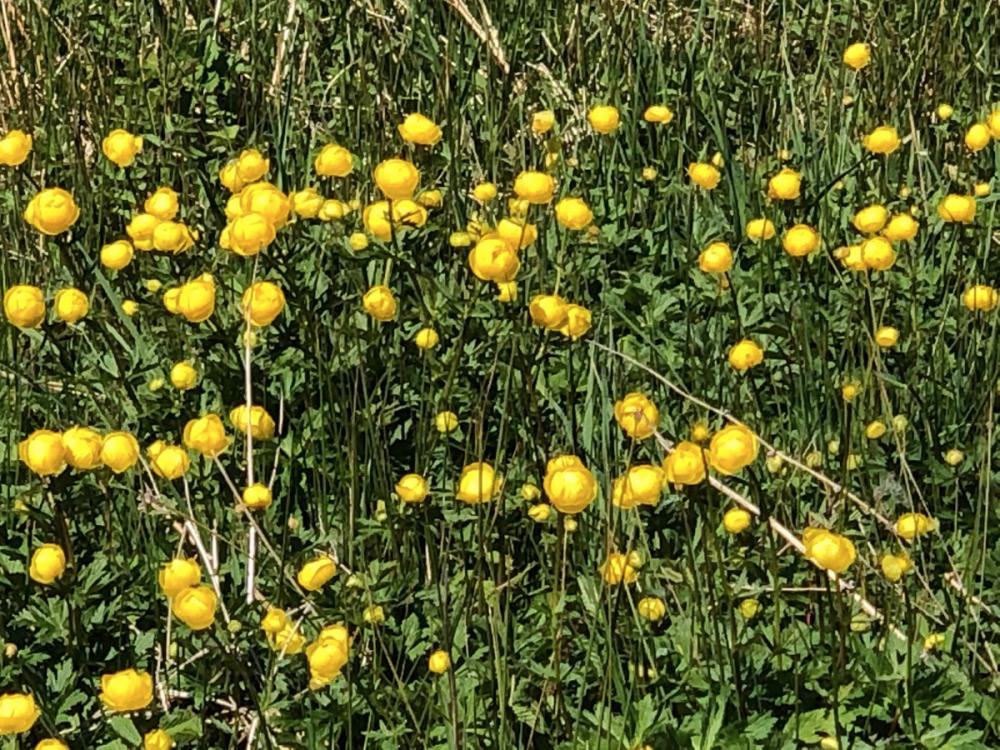 Globeflower in the field
Carol Edmondson, YDMT’s Hay Time Rescue Officer, said: “It’s a sad fact that 97 per cent of traditional species-rich meadows have been lost across the country since the 1940s. Wildflower meadows are important not only for pollinators and other insects but the identity of areas such as the Forest of Bowland.

“Since 2006, we have been working hard to reintroduce wildflowers to more than 700 hectares of degraded meadows across the Yorkshire Dales and Forest of Bowland, helping to safeguard meadows and the hundreds of species of native wildlife that they are home to.

“The Hay Time Rescue project’s success has been testament to partnership working. We have been closely liaising with Lancashire Environmental Records Network (LERN) and those records were used to give an indication of suitable seed collection and re-introduction sites.

“We’ve also welcomed more than 80 people to our events, shared seed collection and propagation knowledge with landowners and educated local school children on the importance of wildflowers.”

Carol added: “Bell Sykes farm in Slaidburn, the site of the Coronation Meadows and donor for much of the green hay in our restoration work, was both a donor of the melancholy thistle seed, and a receptor for globe flower, saw-wort and melancholy thistle plug plants in separate areas of the farm.”

Hay meadow restoration work is continuing throughout 2020, focusing on green hay transfer on a larger scale to smaller nectar patches and community gardens.