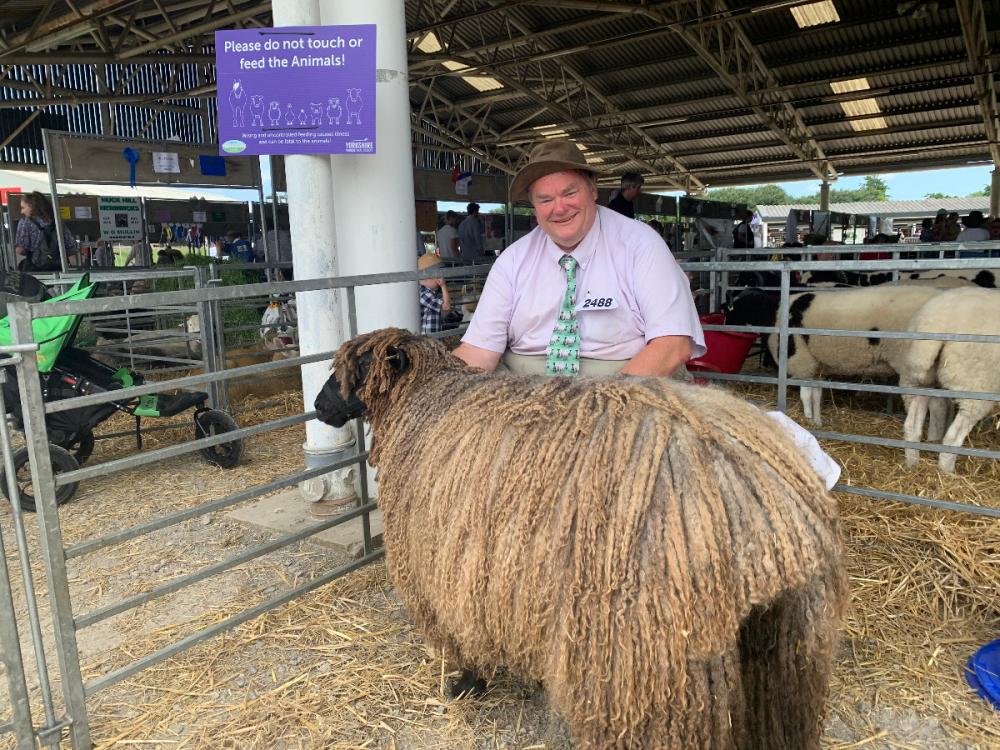 Signs of ambiguity
Frankly, I would have visited the Great Yorkshire Show 2021 (now, sadly, finished) just to see the heavy horses effortlessly dragging elegant carts and their decked-out drivers around the main ring. Two tons of finely polished horses and a coterie of caballeros in full flight is a fine sight. It is also the merest shiny pinnacle of a pyramid of ancient crafts; cart makers, leather workers, wood workers, painters, wheelwrights, blacksmiths, harness makers, the list goes on. Watching a gig on a jig is therefore not just a visual spectacle but an homage to a disappearing world.

I have been a regular and enthusiastic attender of The Great Yorkshire Show for well over a decade, but this year's was just downright odd. Odd in the sense that there were gaps between people and a rare opportunity to walk across the showground in a relatively straight line. Sure, there was the inevitable Texas Two Step that we've all learned over the past 18 months - no after you, no, please, after you, I insist. Is it my imagination or is this, when correctly voiced, a polite incantation to the 19 Gods of Covid, but when sloppily rendered it becomes a diabolical instruction from a James Bond villain to the hapless spy? Never mind. The important thing is that the GYS showground was blissfully blessed with some wiggle room. With a sold-out show stretched from 3 days to four and visitor numbers capped at 100,000 rather than the usual 47 million (sorry, it just feels that way sometimes) the place was relatively easy to navigate - and felt so much better for it. Being a trader on the showground with these reduced numbers may not have been so easy, but for me, as a fan of the critters, it was a joy. 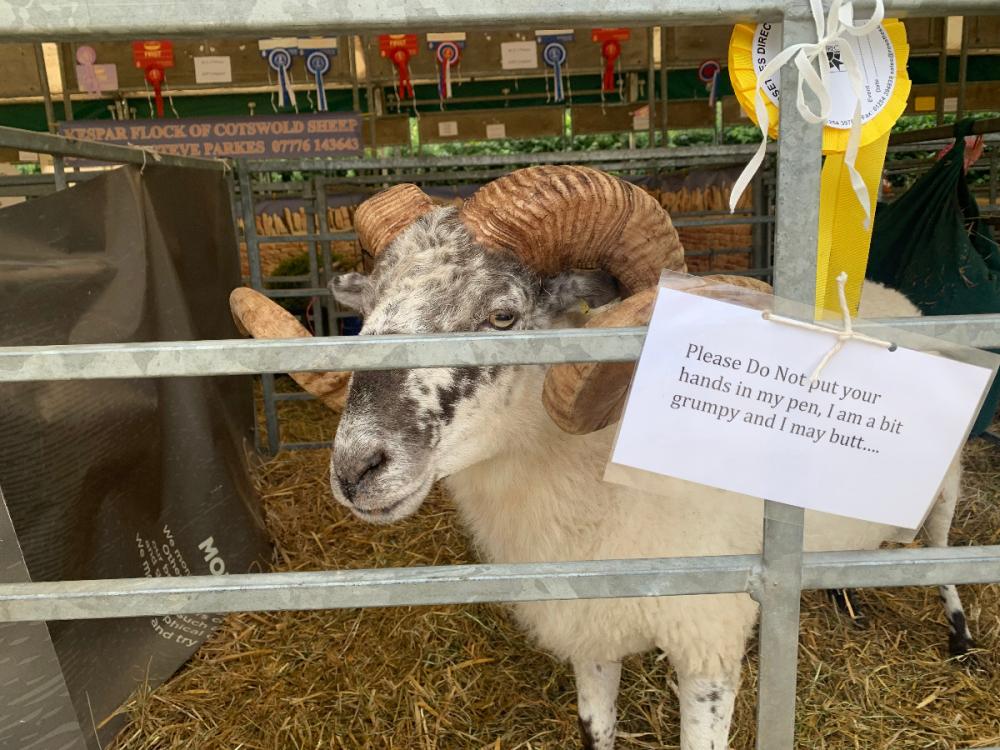 No butts from your Liberal Democrat candidate with their traditional yellow rosette
And speaking of critters; can somebody please ask Alfie the working dog if he would like to come and live with me? Such a charmer, Alfie didn't seem to know his left from his right, when to shake off the water from his coat, when to stand still and when to lie down. He could claim he was the victim of a poor training regime, forced to work outdoors chasing birds and eating treats with alacrity. I would happily support such claims and offer him a home - my home - or indeed whatever he asked for! Such was the allure of the ever smiling Alfie.

As always the show abounded with Pigs, Goats, Sheep, Cattle, Rabbits, Farmers and a host of other minor characters. And as always there were fine displays of breeding livestock everywhere - some of which were in the ring.

Will the 2021 GYS, I wonder, be counted as a success? From my narrowly defined perspective (beautifully turned out livestock presented without overcrowding) it was a winner. I wonder if the same conclusion will be reached by those selling beer and burgers; I suspect not. Like many a public hotspot the GYS has a narrow path to tread between two different camps - those who want a day out at a farming-related theme park and the animal nuts (like me I'm afraid) who want to see everything from Limousins to Lionheads (rabbits), with a smattering of tractors and tree fellers thrown in.

In whatever way the GYS proceeds for 2022 - and much is likely to out of their hands and in the purview of the medical fraternity - I hope they will have learned from this year's show that there is some benefit in having food queues that start and end in the same time zone. Retaining a thinned out crowd next year may be a difficult or even impossible change to make, for obvious financial reasons, but it is one that I found to be a more enjoyable experience. Perhaps the organisers could simply bring in more Sheep, Pigs, Horses, Cows and Alpacas to fill the gaps. Now that would be fun...


Also by Richard Trinder...
Can A Brain Tumour Ever Have An Upside?The Willard White Interview: A Secret Rapper?CFC Ban And The Nightmare Of A "World Avoided"First Flight On MarsQueensbury Tunnel: Now Is The Time For Government Action