Here Is The Buildbase FA Trophy Fourth Round Draw

York City were once again in the hat for the FA Trophy draw, after overcoming Matlock Town in the Third Round. The lower league opposition seemed to be on top of The Minstermen throughout the game, until Mark Beck headed home from a free kick in the 92nd minute to send City through to the Fourth Round.

The draw took place today, with York being drawn at home to National League South side Slough Town. The tie is set to be played on Saturday 15th January 2022 at the LNER Community, meaning The Minstermen’s home league clash with AFC Telford United will be rearranged for a different date. 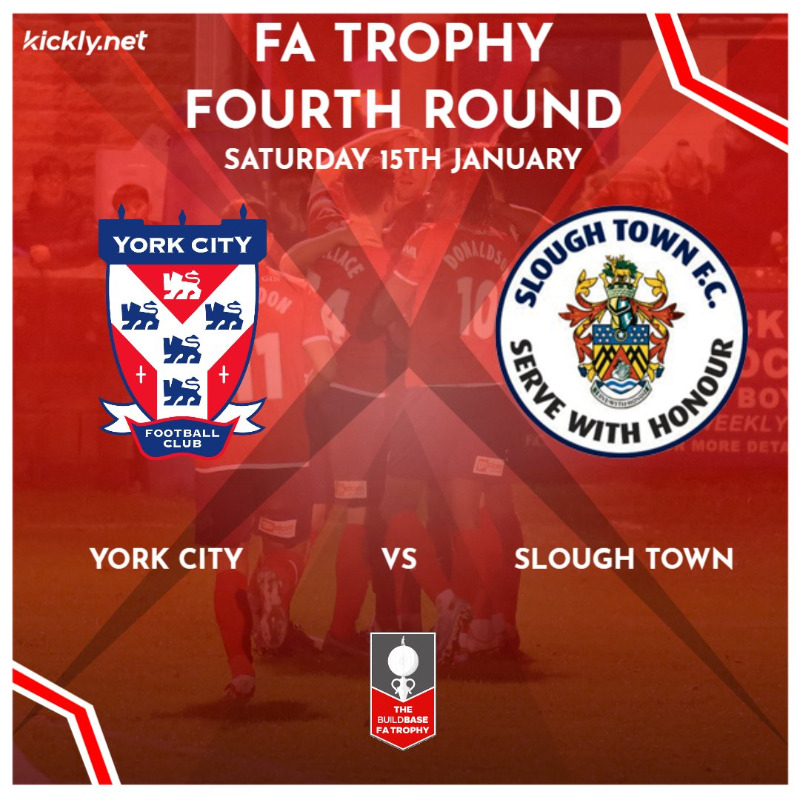 Both teams currently play at the same level, but in different leagues, due to the South and North being regionalised. York City are in 10th in the National League North, whereas Slough Town sit in a lower position in 13th in the National League South. The Minstermen have picked up two 1-0 wins against Blyth and Matlock on their journey here so far. The Rebels however, have had a tougher route, facing NLS opponents Havant and Eastbourne and knocking them both out.

If City can conjure up a victory against Slough then that would leave them just 3 games away from a trip to Wembley!


Here is the FA Trophy Fourth Round Draw in full: