Highways England Calling On Motorists To Tow Safely This Summer

Tow safely
Highways England is today calling on motorists to 'check it before towing it' this Bank Holiday.

There are around 4,000 incidents every year involving all forms of trailers, which equated to around 11 per day in 2017.

With the summer months upon us, Highways England wants anyone towing, before setting off, to ensure they have the correct licence and insurance to tow whatever the weight, that the vehicle is connected correctly and that the load is secure and within the limits for the vehicle.

“Thankfully incidents are very rare but now is the time to remind motorists of the need to make sure you have carried out proper checks and have loaded the trailer or vehicle correctly.

"We have all sorts travelling on our network including horse boxes, trailer tents and leisure vehicles such as boats and caravans. Our message is really simple, check it before towing it. So that everyone gets home, safe and well." 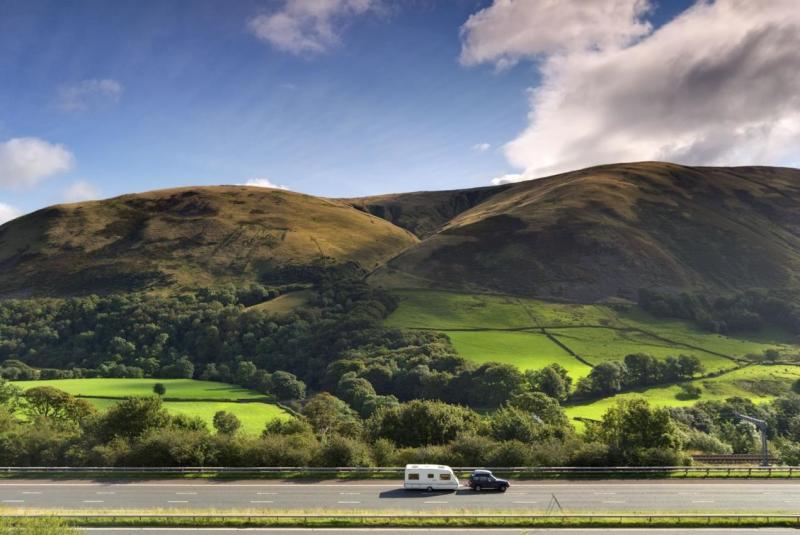 The M6 in Cumbria is England's favourite driving route and is popular for those holidaying in England
Among those routes likely to be popular are the scenic M6 in Cumbria and the M1 in Leicestershire which have been named as England’s favourite roads to drive on, according to a snap survey by Highways England.

In a fun online poll, most people stated the rugged scenery and rolling hills of Cumbria and smoother journeys on the M1 near Lutterworth are why these are their favourite routes.

And the organisation responsible for running England’s major A-road and motorway network has some handy tips to help keep people safe.

Some of the main factors that Highways England has seen resulting in incidents arise from preventable mistakes, including the below:

Poorly loaded (weight in the wrong place – e.g. towards the rear, rather than concentrated in the middle)

Overloaded (too much weight, although often that will also result in bad loading)

Too heavy for the towcar’s capability to control it

Speed too high / driving too fast for the road conditions

Highways England – chair of the National Towing Working Group - is today offering some top tips on what to do if motorists find themselves losing control of the vehicle being towed.


What can happen when things go wrong
Areas for consideration before setting off includes:

Reduce the risk of inherent instability by making sure the outfit is correctly matched (car suitable for the caravan or trailer load) and that it's correctly loaded, including very importantly that the nose weight is sufficient

Choose a car and caravan/trailer with stability aids, but don’t rely on them to correct an inherently unstable outfit. They will, however, make a safe outfit safer still

Drive within the speed limits for towing – 60mph on a motorway unless signage state slower. Take particular care when going downhill and/or overtaking to ensure that speed does not build up excessively

Reduce speed if conditions are not favourable (e.g. crosswind)

When passing or being passed by large vehicles, maximise the separation between themselves and the caravan/trailer by using the available lane width (with due regard for vehicles in other lanes)

If instability still occurs, do not brake, but instead ease off the accelerator and allow the speed to drop. Let the steering wheel twitch; do not try to steer against the motion of the car. Do not try to accelerate, to ‘pull the outfit straight’. This is likely to result in the return of instability at an even greater speed

Following an instability scare, check all possible contributory factors, and address any which are not optimum to ensure no re-occurrence

To help those heading off for a holiday over the bank holiday weekend, Highways England's will be working around the clock to remove more than 700 miles of roadworks - meaning around 97 per cent of motorways and major A roads will be roadworks-free in time for Whitsun.


Highways England traffic officers will be on patrol to help motorists and keep the road network flowing.
With the roads prepared for the holiday getaway, Highways England is also calling on motorists travelling this bank holiday to make sure their vehicle is ready for the journey ahead.


check it before towing it, so that everyone gets home, safe and well
Research shows almost half of all breakdowns are caused by simple mechanical problems which could be avoided with simple checks and nearly a quarter are caused by tyre problems.

The motorway and major A-road network will be free of roadworks from 6am Friday, May 24 until 12.01am on Tuesday, May 28.

Before they set off, Highways England is urging motorists to:

Check fuel: Make sure you have enough to get to your destination

Check tyres: check your tyre pressure and the condition of your tyres, including the spare. Look out for cuts or wear and make sure the tyres have a minimum tread depth of 1.6mm, which is the legal limit

Check engine oil: Use your dipstick to check oil before any long journey, and top up if needed - take your car back to the garage if you’re topping up more than usual

Check water: To ensure you have good visibility, always keep your screen wash topped up so you can clear debris or dirt off your windscreen

Check your lights: If your indicators, hazard lights, headlights, fog lights, reverse lights or brake lights are not functioning properly, you are putting yourself at risk. In addition, light malfunctions can be a reason for your vehicle to fail its MOT

Highways England is also reminding people to ensure that they have the correct licence and insurance to tow whatever the weight, make sure you have connected correctly, and always ensure your load is secure and within the limits for your vehicle before setting off.

A series of specialist videos can be found online to help people carry out basic vehicle checks before they set off on their travels. The videos can be viewed online here
https://www.think.gov.uk/