One of the last locomotives to have been built in Darlington has arrived back at its home town to go on display at the Head of Steam Railway Museum. 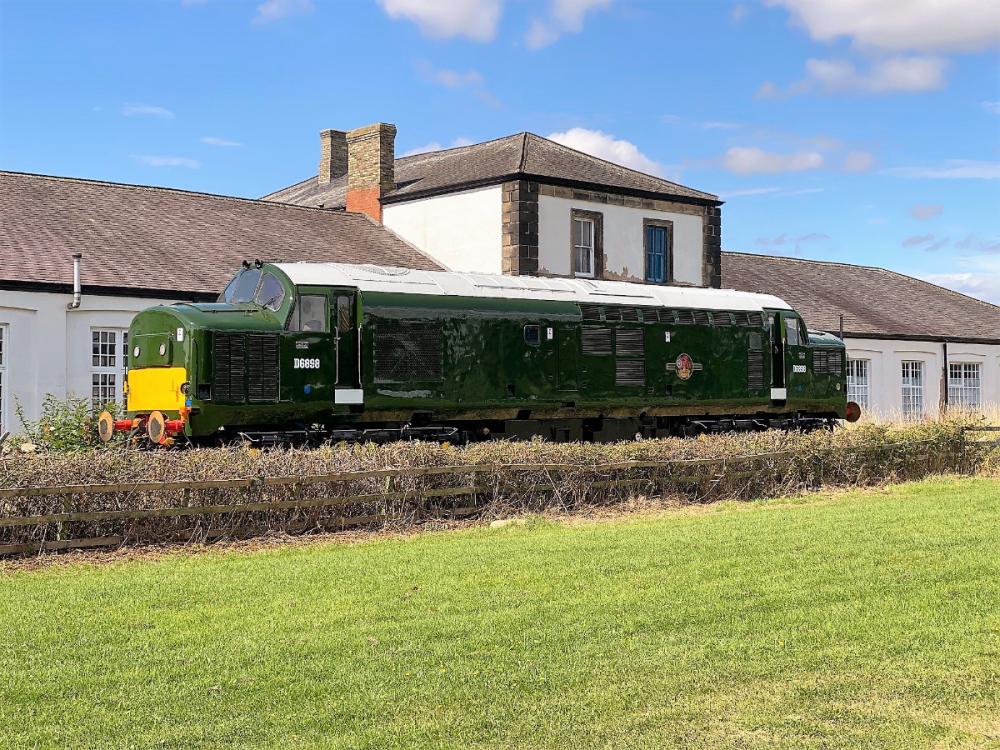 The BR Class 37 diesel-electric will be on public display from Tuesday 10 August and comes ahead of celebrations in 2025 to mark the 200th anniversary of the Stockton and Darlington Railway.

The locomotive was built by English Electric Robert Stephenson and Hawthorns in Darlington and operated on the main line network until 1999 when it was placed into storage until sold to the heritage railway sector in 2004. In 2008 it was purchased by Network Rail who have kindly donated the locomotive to the Head of Steam Railway Museum – the first time Network Rail have ever donated an entire locomotive to any museum.

The locomotive has undergone a complete aesthetic refurbishment including all paintwork and livery, so it looks just as it did when it originally left the factory back in April 1964.


Councillor Heather Scott, Leader of Darlington Council said:
“This Class 37 locomotive is a most significant piece of railway engineering being the very last of its kind to roll out of the Robert Stephenson and Hawthorns factory in Darlington. Bringing this beautiful locomotive back home marks another step towards the bi-centenary celebrations in 2025 of the Stockton and Darlington Railway and the transformation of the Railway quarter.”

To book a visit at the Head of Steam Railway Museum please visit
www.head-of-steam.co.uk