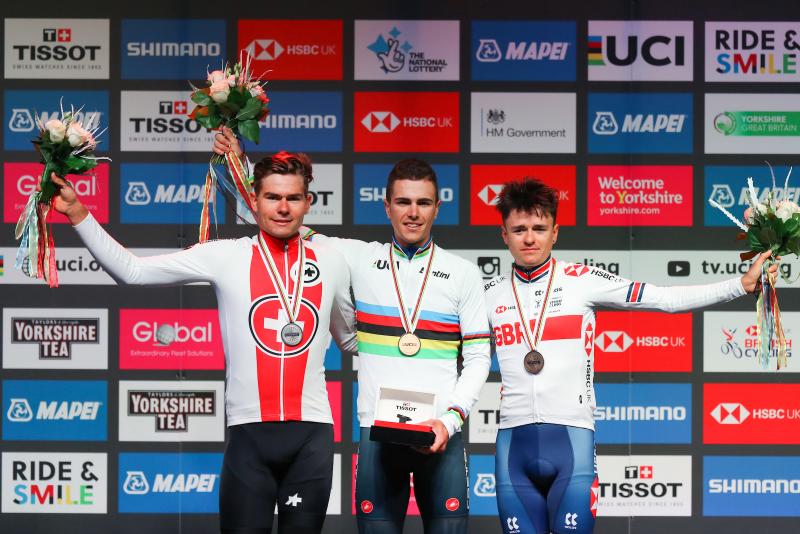 Photo: SWPix.com
Every race of the 2019 UCI Road World Championships has provided drama so far, and Friday was no exception as Yorkshireman Tom Pidcock became Britain’s third medallist in the Under-23 Men’s Road Race.

Pidcock – who hails from Leeds – had crossed the line in fourth position but rose into the podium places after Dutchman Nils Eekhoff, who was initially declared the winner, was disqualified after a UCI commissaire’s review decided he had ‘sheltered behind or taken advantage of the slipstream of a vehicle (for some time)’ earlier in the race.

Pidcock had been reduced to tears before that decision, but was beaming as he received his medal in the Harrogate Fan Zone just moments before Italian Samuele Battistella was awarded the rainbow jersey after proving the fastest finisher initially behind Eekhoff. 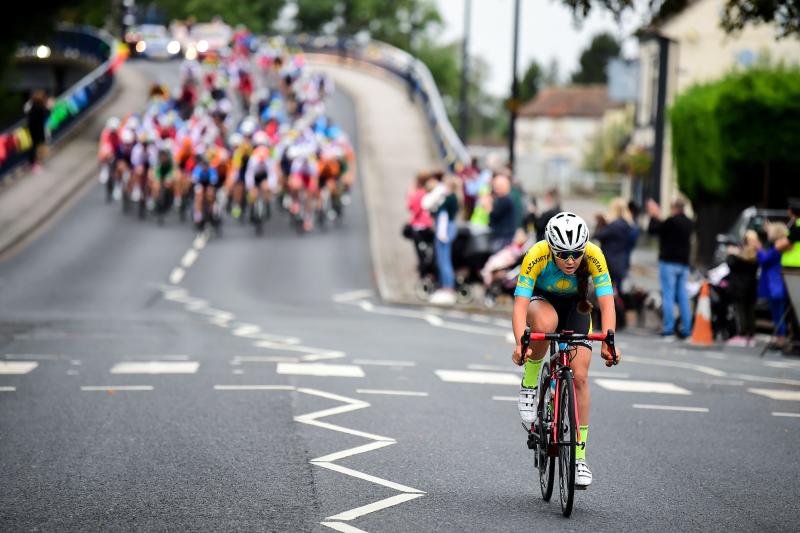 Photo: SWPix.com
A busy day of action had also featured the Junior Women’s Road Race which was won earlier on by American Megan Jastrab. 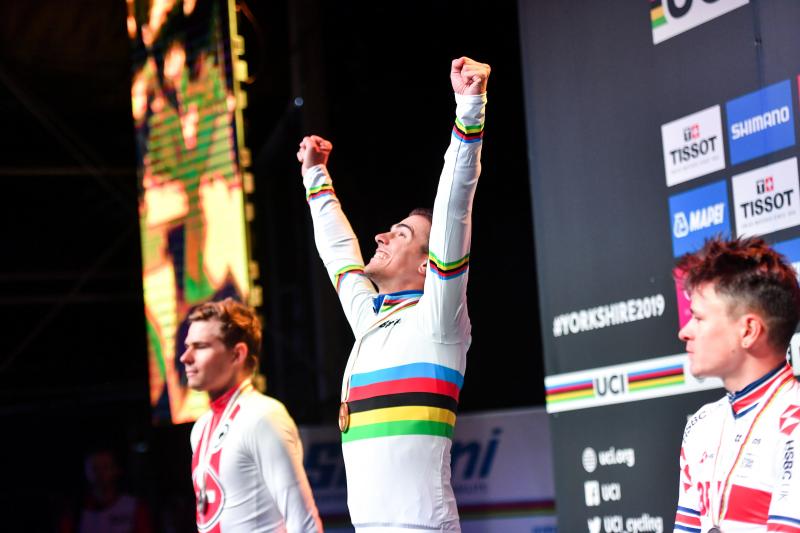 Photo: SWPix.com
Both races started on the Doncaster Cycle Track, the first major cycling facility to benefit from the £15 million of Government funding that has been allocated to develop entry-level cycling facilities across England as a direct legacy of the Championships.

Yet again, large crowds came out in force to cheer the riders off and huge support followed the male and female riders as they wound their way on different routes into Harrogate. 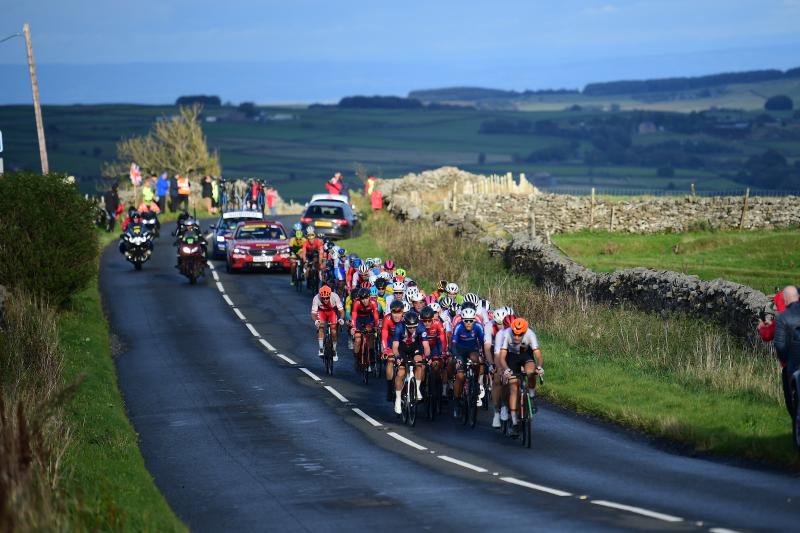 Photo: SWPix.com
Both races saw the peloton fracture as the challenging roads, changeable weather and fierce competition provided a real war of attrition. Only a handful of riders survived to battle it out for victory in both races and it was Battistella and Jastrab who emerged to take home the spoils.

Great Britain rider Tom Pidcock said: “This isn’t how I wanted to win a medal and I feel really sorry for Eekhoff but rules are rules. Maybe his group wouldn’t have caught us if he hadn’t had been drafting, so that did affect the race. I’m still disappointed that I didn’t win but at least I got to enjoy the crowd on the podium, and I got a medal in my home World Championships. The fans were amazing today and this was one of the greatest experiences of my life.”

Italy rider Samuele Battistella said: “I didn’t understand what had happened at first, and when I was told, I can’t describe how it felt to become the world champion and to receive the jersey. I am very, very happy. I’m sorry for Eekhoff because he was the winner of the sprint but this is cycling and we have to abide by the commissaire’s decision. I am looking forward to becoming a professional rider now and this win will give me confidence.”

USA rider Megan Jastrab said: “I’ve wanted to win this race for several years now so to have everything come together today is just amazing. It’s incredible how well the USA is doing in these Championships and I am so happy for all the team. We love riding here and I wish I could take two more weeks to enjoy these roads even more, but on Sunday I have to go back to reality, and back to college.”

Great Britain rider Abi Smith said: “It was amazing riding on my home roads today and the crowds were unbelievable. The schoolkids were screaming really loudly and I heard so many people shout my name, which was lovely. It gave me more adrenalin and kept me motivated. There were so many Yorkshire flags on the route as well and I just wanted to grab one of them and wave it whilst I was riding and give the supporters a wave back. Things didn’t go quite as we’d planned today but I’ve loved the whole experience and hope to have more chances in the future.” 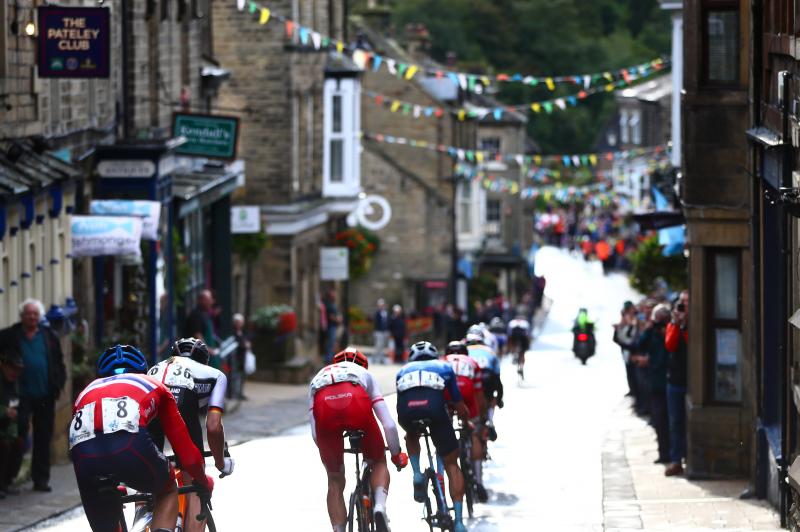 Photo: SWPix.com
Yorkshire 2019 CEO Andy Hindley said: “There’s never a dull moment at these Championships and it’s been an incredible day. The commissaires deliberated for a long time after the men’s race and they wouldn’t have taken that decision to disqualify the initial winner lightly. It was great news for Samuele, and great news for Tom, but obviously not for Nils. You have to feel for the poor guy, but rules need to be obeyed and sport wouldn’t work without them.

“Tom crashed hard onto his knee today so that was a really brave performance by him to even to get into contention. 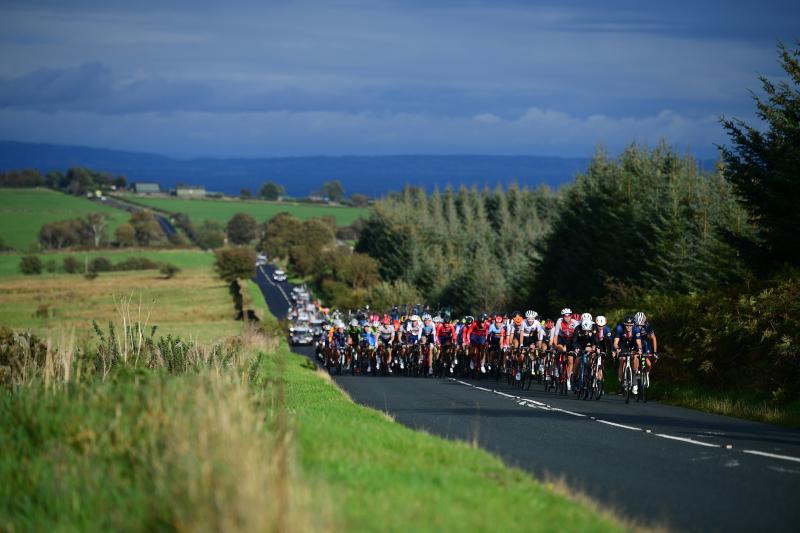 Photo: SWPix.com
“I have to mention the supporters. I was in Doncaster for the roll out of the women’s race and the riders were blown away by the reception they received, especially from the hundreds of schoolchildren. You have to remember, those athletes are not long out of school themselves and they’d never seen anything like that before. Their race was fantastic as well, and we’re looking forward to a big weekend now. We had a Yorkshire medal today and hopefully we’ll get another one tomorrow with Lizzie Deignan taking part in the Elite Women’s Road Race.” 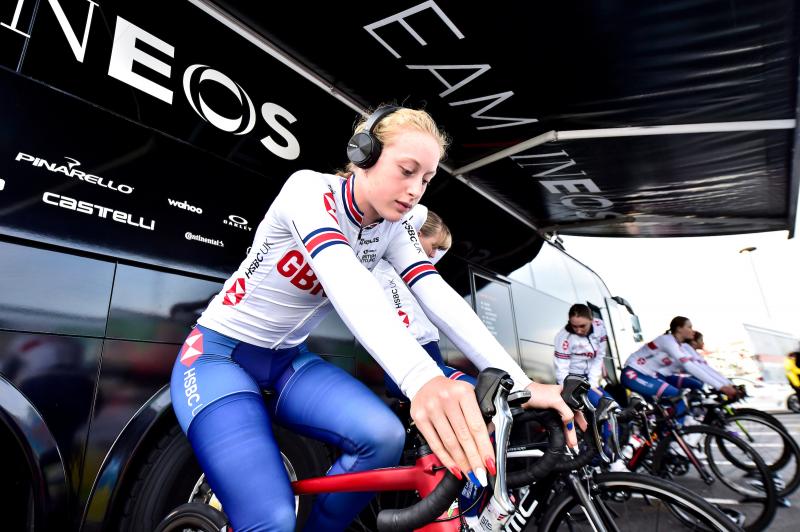 Photo: SWPix.com
Welcome to Yorkshire Commercial Director Peter Dodd said: “Doncaster did itself proud as a host location today, just as they always have done at the Tour de Yorkshire. I don’t know who was more excited at the start; the riders for the incredible reception they received, or the 1,000+ schoolchildren who went wild to welcome them. It’s been a similar buzz during the entire Championships and we’re gearing up for a massive weekend. These next two days are the pinnacle of the entire cycling season there’s thousands of people arriving into Yorkshire every hour now and the atmosphere will be electric.” 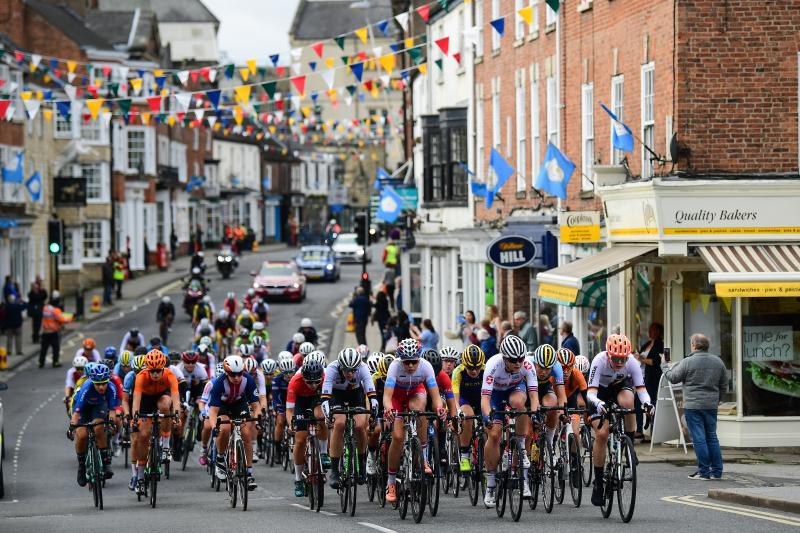