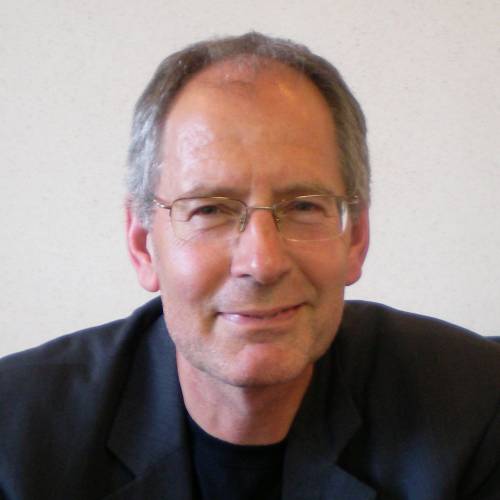 Rod Mengham
‘Like a pair of archaeologists, they reconstruct the culture to which the object belongs, showing how the artefact itself possesses a kind of memory; how its reflection of the milieu from which it has sprung is inevitable.’

Rod Mengham’s own scrupulously detailed description of the strange landscape of Grimspound is a mirror to the forensic pursuit of Holmes and Watson in The Hound of the Baskervilles. The assiduity of Mengham’s eye – he sheds light through a microscope of observation like Gavin Maxwell – reveals arcane history in a process of reconstructive investigation.

The theme-specific examination of Conan Doyle’s text illuminates a shared compulsion: ‘an obscure need to restore what has been lost; which, in both cases, is a sense of connection with the place’. And the relatively small patch of Dartmoor on which attention is focussed amounts to a totemic obsession.


But the patina of strangeness which colours the appearance of this Bronze Age settlement is corollary to a kind of suggestibility: the history of Grimspound lends itself to negotiation, as Conan Doyle and nineteenth century ‘Squarson’, Sabine Baring-Gould, heir to the Lewtrenchard estate, found.

This last, a self-reflexive Victorian amateur and brooker of no alternative view, mapped his land with an archaeological framework of dubious veracity, based on exhaustive inventories of earthworks, bones and ancient land uses.

That he was persuaded by his own ‘scientific’ research is borne out by his reconstruction of Lewtrenchard House in the manner of an earlier period.

Placing a 1620 date stone over the new entrance, Baring-Gould was satisfied by his pastiche: ‘It is lovely to be living in a genuine seventeenth-century house’, he said, as though it was possible to graft historical authenticity on like plaster.

Nor was this sleight-of-hand a barrier to ambition; his certainty transcended the boundary of credibility: ‘The past itself was hidden behind versions, some scientific, some not. Baring-Gould knew that the most compelling versions fired the imagination, and that history would give way to legend, when the time was right’.

His obsession is as overwhelming as his vision of the landscape. The two seem indivisible, as they are for Rod Mengham, whose observational skills are fired as much by the uniqueness of what he sees as by the lyricism it vouchsafes.

If his camera’s eye – not a square yard is overlooked – yields visual eloquence in prose, then his poems distil interiority into moments and flickering natural actions. Those poems, or more strictly, one long poem, view Grimspound from a dateless dark age, and they are entirely corollary to his central thesis: that the imaginative reinvention of a dark past need not bear authenticity to sound authentic.

The poet’s inhabitation of a first-person narrative is replete with an archaic symbolism which is presciently realised:


‘it is not too far off
the outermost time

when the world itself is thrown from a sling

when the Last of the Singers is gone’

The series of mostly short essays which make up the second part of Mengham’s fascinating book collectively embody an impressionistic flight over unfamiliar territory.

Inhabiting Art locates the extraordinary in the ordinary in the hinterlands of England and Europe, alighting on the architecture of disused station buildings at one moment, re-tracing histories in the psychically-charged ‘infernal realms’ of the London Underground in the next.

An uncovering of unobserved England reveals chimeric fancies, fantasies concocted to satisfy lambent inaugurating urges, or to drive speculation in later observers. The point at which speculation is transformed into a species of reality is the crux moment for Mengham.

That such, often visually arresting, diversions exist at all gives the lie to one tenet of history as eternal negotiation; except that they are also participants in a dialogue which spans generations, gathering conjecture upon conjecture. Mengham’s encyclopaedic knowledge and peripatetic positioning enable a persuasive acuteness of insight.

Settling in to an engaging description of Michelangelo’s David in the essay ‘A Perfect Likeness’, the writer overturns an artistic convention which fails to respect the fluid nature of historical context in relation to the location of the original statue:


‘The first is the right statue in the wrong place, having been abstracted from the vital centre of Florence’s civic reality and installed in the focal position in a temple of art.’

Mengham is an extraordinary flâneur. The astonishing detail he collates as he wanders confers Art and artfulness in the ordinary. And at the junction of elegance and erudition, he most resembles a Jonathan Meades of architectural paradox, or a Peter Ackroyd of the subterranean metropolis.


Also by Steve Whitaker...
Poem Of The Week:Owdham Footbo' By Ammon Wrigley (1861-1946)Poem Of The Week: The Wireless By Jean StevensBurned By Light: Dovetailing - Gathered NotesNight Swimming:Towards A General Theory Of Love By Clare ShawPoem of the Week: 'Together' By Robert Gibson
When I was a kid visiting the sardonically-named ‘Fun House’ at Blackpool Pleasure Beach, I can recall standing on a gyrating walkway, a perverse Travelator, which distorted locative perception on the journey between one macabre diversion and the next.

Rod Mengham’s themes have a similar effect on preconception, so that apparently resolute appearances become deceptive, a sense of reality conditional entirely on the visible moment.

Montaigne’s description of his library, its purpose, its panoply of ergonomic uses, encourages a lengthy and memorable speculation on the philosopher’s cosmos in a living space, and it is characteristic of Mengham’s perspicacity, and natural sympatico, that his description expands Montaigne’s own as though in a distorting mirror:


‘Montaigne’s tower is justly celebrated; like few other writers’ houses it feels like the integument of a writing practice to which it is joined directly, organically...it is an interior whose sole purpose is the manner of its linkage to the outside world.’
(‘Essaying – The Habitus of the Text’)

It is not surprising to find that the shaping of landscape is an over-arching motif, here; the re-engineering of hinterland for purposes of both aesthetic reception and concealment. The covering of British coal field slag heaps to make wooded drumlins are mirrored in ‘Birth of a Mountain’ by Berlin’s Teufelsberg, a two mile long, four hundred feet high mountain of covered rubble which hides the dark heart of the Third Reich’s capital beneath a canopy of encroaching forest, dell and glen.

But the shifting ‘underlying clinker’ refuses, like history, to remain stable, and acts, somehow, as a metaphor for the temporary nature of the modern city and its rage for ‘replacement’, as though the dead will not be buried.

An archaeologist of unnoticed detail – Mengham is content to uncover latent meaning in any medium – his palette knife is given, at one moment, to picking over the mood and atmospheric tone of a Giorgione canvas, alongside an exposition on light to the ancient Egyptian imagination, or the lexical complexities of the Aboriginal nomenclature of seasonal changes.

There is a kind of unity of approach here: if the themes are massively disparate, the thinking is consistent, ideas contiguous with an intelligence given to forensic disinterment, and a taste for revelation. That Bruno Schultz is the object of one such examination is an indicator both of Mengham’s purpose, and of fellow feeling: Schultz’s fastidiously-detailed lyricism is a mirror to his own.

Not that any design as to interpretive cohesion matters: the travelling is the thing in this chronological compendium of essays, and Mengham is as engaging a stylistic journeyman as I have come across. A fluid and convincing conduit to recognition as much as to understanding, his sentences are a joy to relish; you could almost be forgiven for thinking that some extraneous métier shapes the unusual eloquence of the writing hand, the effortless translation of one form to another, in the way that Seamus Heaney melted poetry into prose.

Returning, in an essay on Queneau’s novel Zazie dans le Metro, to a katabatic Underground of disappearance and concealment, of felony conducted in the labyrinthine darkness, Mengham reminds the reader of the psychological signification of place, of manmade locations whose utility is a cover, also, for monstrous imaginings.

The chequered history of the port of Dover is similarly subject to re-invention. The shingles of the town’s strand, in whose cold reflection Matthew Arnold found a cold, drear nothing beyond the turning of the tides and the sound and relentless fury of the industrial age, still roar.

The town itself is a hymn to movement, of traffic both human and motorised, of transit and, sometimes, of gridlock. Mengham’s essay on Dover, ‘Vacant History’, is a piece of distilled brilliance which nails the paradoxical ‘homesickness’ of a town whose fate is to look eternally outwards, a temporary dormitory for prisoners-of-war and refugees, for the displaced searching, like Arnold, for a Sophoclean theatre of elsewhere:


‘If England is rooted in the imagining of its chalk bulwark, then England is as chimerical as a blue bird over the white cliffs. This member of the thrush family is native only to the Americas. The librettist, Nat Burton, sang of the distant Kentish coast he had never seen, as if from long acquaintance. Dovorians now join in the chorus, frequent flyers over this dilapidating stage-set, riding the thermals of port-mythology and homesickness by proxy.’

As 29th March hoves into view, never did the bastion of the white cliffs look less substantial.

Grimspound and Inhabiting Art is published by Carcanet