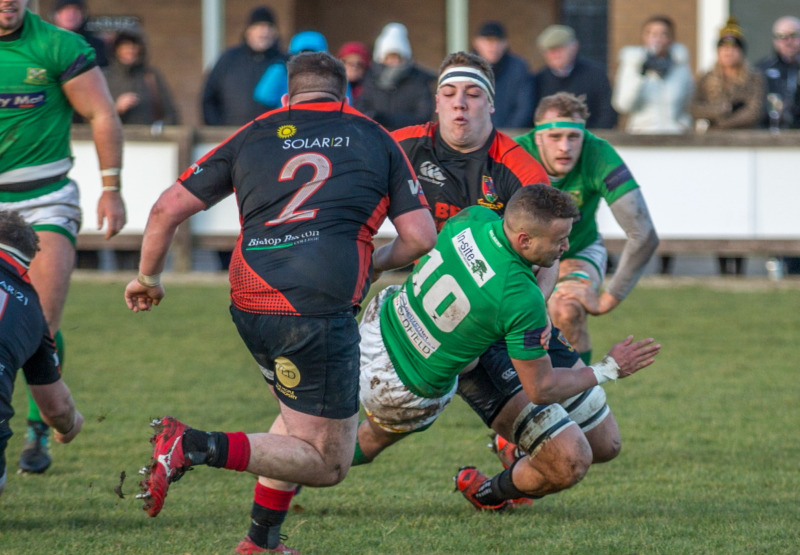 photo by Ro Burridge
Two tries from one of Wharfedale’s favourite old boys, Latu, were enough to win a close hard-fought encounter on a bitter, windy day down Chanterlands Avenue in Hull.

Wharfedale, playing with the wind, dominated territory and possession in the first half and the home side never got into Dale’s 22.

Wharfedale never took full advantage of this ascendancy and their two penalties converted by Jack Blakeney-Edwards were scant reward for their efforts.

Dale played manfully into the wind in the second half but Hull pinned them back on more than one occasion by kicking with the wind into Dale’s 22.

One such kick led to a Hull attacking 5 metre line out. After three phases the pack drove over with Latu being awarded the unconverted score.

From the restart Dale again worked the ball into Hull terrain but two penalties later they were back defending from their own 5 metre line.

Hull won the line out and transferred the ball with Dale not contesting. The referee saw things differently and decided that a Wharfedale played had engaged and then broken off; this is why he allowed Hull to quietly walk over Dale’s line and award a try. Latu was again awarded the score and Simon Humberstone added the conversion. 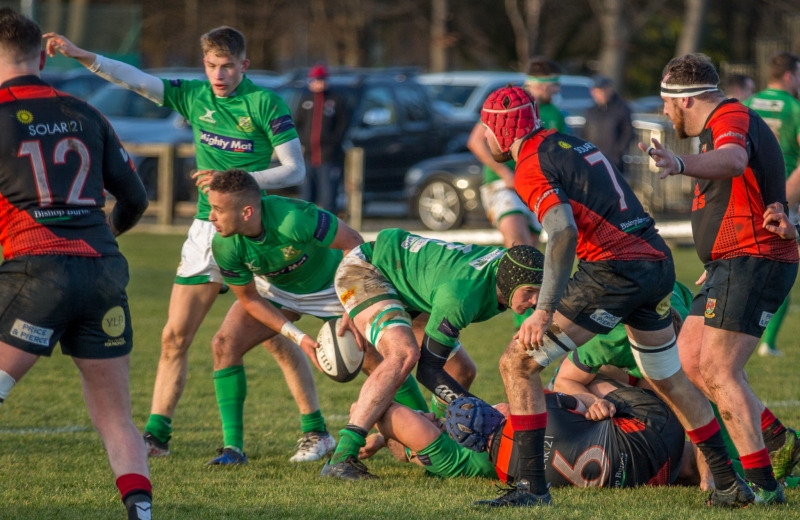 photo by Ro Burridge
The visitors, roared on by a good following of the faithful, came back and good possession was rewarded with another three points from Blakeney-Edwards.

The last 10 minutes saw Dale trying to run everything out of their own 22.

They did break out into Hull territory but Hull were allowed to get the ball and kick it dead to survive.

This was not a game of fast flowing open rugby. The conditions were against an entertaining game. Any long pass was affected by the wind and it was a day for close order combat.

The Hull forwards were bigger and full of experienced players but apart from the one “legal” try they were generally held.

“A close game from which we deserved better than the one point we returned with”, commented Wharfedale Head Coach, Jon Feeley.

He went on to say, “The key turning points in the game did not go in our favour unfortunately, particularly our intelligent work to stop their driven lineout which didn’t get the reward it deserved from the officials. I was also impressed with our discipline in the face of some strong tackling from Hull. To come in at half-time holding the opposition to nil reflected how well we have improved our defence in the last few weeks. Our perseverance in attack in the last 20 going into the wind was superb and gives us a platform to build on moving into next week’s game”. 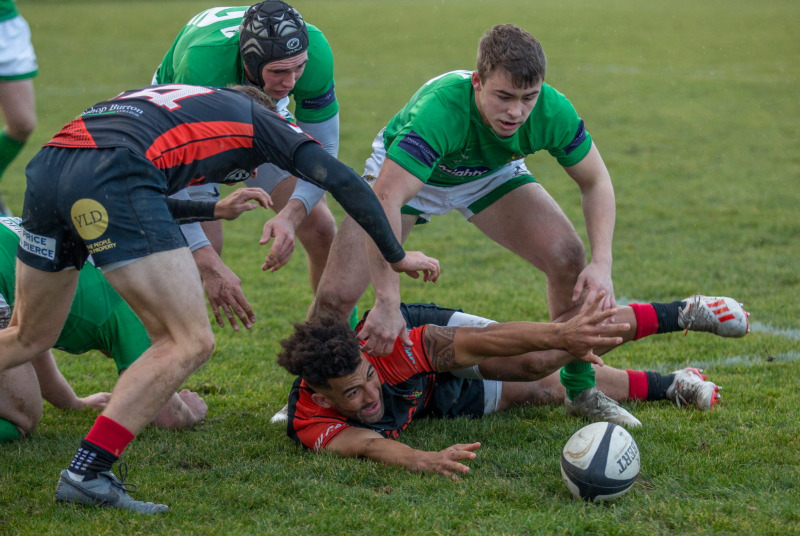 photo by Ro Burridge
Dale defended with great vitality and most noticeably in the second half just after Blakeney-Edwards had closed the gap to three points.

A knock on from the restart gave Hull a scrum outside the visitor’s 22. A scrum penalty followed and a bit of backchat meant Hull walked forwards 10 metres and the touch kick was sent into the corner.

The first catch and drive led to the ball being held up and an attacking 5 metre scrum to Hull.

A scrum penalty was followed by another scrum. Three phases later Hull were again held up over the line and another attacking 5 metre platform.

Wonder of wonders. After a reset, the scrum penalty went to Wharfedale and the chance to get away from the try line.