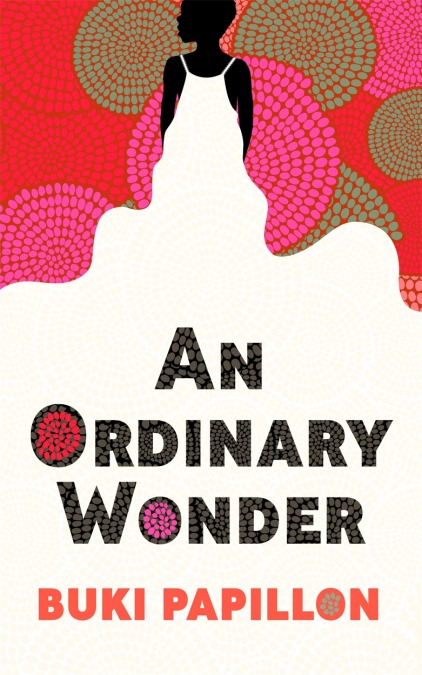 Virginia Woolf once said, ‘The eyes of others our prisons; their thoughts our cages’. Simone De Beauvoir coined the term ‘situated freedom’ in her work, The Ethics of Ambiguity, writing that, ‘our capacity to act and make sense of the world is always constrained by our lived experience of the world – these objective conditions open up options, whilst closing down others’. Sartre’s existentialist philosophy compelled him to explore the concept of ‘L’Autre’, his plays and novels examining the insidious disenfranchisement of authentic self-actualisation as a pernicious ramification of identity being a refractive construct generated by ‘the Other’.

Foucault believed that individuals divide perceived reality into ‘normal and abnormal’ according to the normative tendencies permeating the societal model they inhabit. In The History of Sexuality: An Introduction, he tells us that we are not born with identities, they are instead the product of ‘power relationships’ and an individual must guard against being unwittingly controlled by irrational rules, laws and social norms.

Nietzschean rejection of societally constructed truths as malefic, ‘metaphors, metonymies and anthropomorphisms’, gave us the Shepheard in his Thus Spoke Zarathustra as the utopian symbol of a fully whole individual captaining their own ship. Life is an admixture of suffering and joy and both must be experienced as inevitable components of fully conscious existence.

Buki Papillon, in her stunningly bold, tenderly humanistic debut, An Ordinary Wonder, has not woven these truths into the scintillating yarn of her novel as merely drab melioristic threads. Instead, she has spun her cloth from far richer and less tendentious skeins. Papillon has drawn upon her own Nigerian heritage to employ African Yoruba mythology in the fight against the invidiously dehumanising foes of transphobia and queer-phobia. Her story soars far above the moralistic cess pits of intolerance and prejudice,without eschewing their existence. In so doing, she takes both her protagonist and reader on a tumultuous odyssey from cold-hearted abuse to uplifting hope.

Her novel is a bravura exercise in the distillation of didactic wisdom garbed in the robes of deeply provocative and profoundly absorbing fiction. Papillon has not written a mawkish tale of panglossian platitudes lamely counterpointing inimical societal misdemeanours and sins. Conversely, her gritty yet graceful novel has given us a vibrant, imaginatively rendered parable celebrating courage, compassion and unflinching kindness. ‘My aim is to agitate and disturb people. I’m not selling bread, I’m selling yeast’, so said Miguel de Unamuno. Papillon has disguised her ‘yeast’ as ‘bread’ and I’d gladly consume all that she bakes !

An Ordinary Wonder is a pull-no-punches bildungsroman, focussing upon the trials and tribulations of Otolorin, a Nigerian intersex twin forced to live as a boy by her misguided parents as a consequence of being an undiagnosed male pseudohermaphrodite. Her father’s plenary authority is only exceeded by his vast wealth and chronically deformed moral compass. In the callous eyes of her parents and grandmother, Otolorin is a ‘monster’ and her perceived deformity is to be concealed from society’s inveterately savage attitude towards those who do not conform to its normative ideals. Consequently, Oto is condemned to a childhood of emotional and physical violence, her intersex identity the source of the cruellest forms of persecution, and her growing gender dysphoria vehemently denied.

We vicariously share each step of Oto’s transition from ‘chicken to eagle’ as she bravely surmounts the most barbarous of impediments painfully blighting her childhood.She courageously struggles to understand both herself and those around her, despite the nefarious pressures visited upon her nascent persona. Nigerian cuisine, folk lore, mythology and songs are the mise-en-scene against which our vacillating plot unfolds, lending the novel a verdant backdrop of intensely rendered cultural realism and colour.

Oto is guided and protected by Yeyemi, a mythological water-spirit serving in the realm of Yemoja, the divine mother of the Gods forming the diverse panoply of deities animating and informing Yoruba culture. Thus, we have grotesquely brutal realism, romantically imagined astral episodes, friends, enemies and a nemesis epitomising all that is most rank when a human soul decomposes in the putrid bile of bigotry and abuse.

Personal liberation is not won lightly, yet our plot gallops along and though breathless, the reader is powerless to resist its pull such is its ineluctable verve and vim. Though distressing, the payoff for accompanying Oto on her journey from nescient and impuissant victim to indomitable, self-actuated heroine is incalculable. 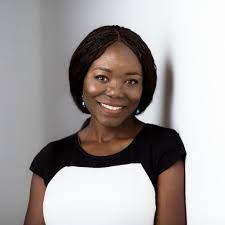 Buki Papillon
The architectonics of the plot buttress its undeniable emotional force. Divided into two parts, the novel rubs our noses in the foulest of trials acting as a diminuendo before the cathartic crescendo of the denouement. Short, event-laden chapters alternate chronologically from ‘Before’ and ‘Now’, allowing us to witness both cause and effect as Oto ages from twelve to sixteen. This deceptively simple technique does not obnubilate Oto’s struggle for somatic attunement, rather it envelops the reader in Oto’s lived experience and those both enriching and sabotaging it.

Papillon’s triumph, though, is to have forced the reader to see her protagonist as a real person far before we comprehend her individuality through the prism of either her gender or physiology. Empathy is callously precluded when we demote another to the lesser status of not being one of us. Paillon uses a first person point of view narrative to ensure that Otolorin is seen first and foremost as a human being, a person.

She is not a symbol, a motif or thematic mule. We are reading Otolorin’s story and cannot objectify her or deny our kindred bond with her. Jessica Mitford said, ‘You may not be able to change the world, but at least you can embarrass the guilty’. Papillon’s decision to render Oto as a person not a label not only augments the thematic force of the book, it underpins it.

The use of myth as a narrative tool also explodes another myth…that people like Oto are neoteric, abdominally. Greek mythology gave us Hermaphroditus with similar stories being ubiquitous throughout human cultures, though varied in their interpretive significance. Another example occurs in the Aboriginal myth of Ungad or Eingan, the Rainbow Serpent, and is traditionally associated with transition, water and creation lore per se.

Papillon uses the Yoruba Creation myth to both decontextualise prejudice and to call it out. Oto is a divine manifestation of nature and her ‘ori’ or destiny, like all in society, is to fully express her authentic personality and identity for the mutual good of all individuals forming Yoruba society. To deny her ‘ori’ is to fly in the face of axiomatic truths as old as creation itself. Even Oto’s name echoes the supreme god in the Yoruba pantheon - Oloran. This use of myth as the novel’s figurative bedrock echoes Joyce and is an astonishingly emotive tool allowing Paillon to sculpt her hard hitting truths from the clay of universally understood tropes.

The use of Yoruba apothegms entwines Oto’s journey once again with Yoruba culture. These pithy aphorisms guide our jocund protagonist and serve as minatory warnings and balms for her beleaguered soul. My favourite amongst the many such delights scattered through her paired back, modulated prose is, ‘Trust in God, but tie up your donkey’ closely followed by ‘If you are bitten by a snake, every rope at night looks like a snake’.

Characterisation is another of the book’s wondrous gems. Otolorin is a living breathing being captured with a lexicon meticulously calibrated to present us with a child in transition. In this case from abused, confused victim to independent, autonomous adulthood. Her teacher Mr Dickson echoes Mrs Wilcox in E.M. Forster’s Howards End. Wise, compassionate and brave, he epitomises unconditional, humanistic love and says to Oto, ‘You know, if only humans embraced each other in all their glorious permutations, there would be less pain in the world’. Oto’s tragically embittered mother is another work of authorial aplomb in that her flaws are not those of a monster, but a societally degraded soul.

Beyond the despicable cruelty of ‘othering’ another as corollary of vile intolerance and the systematic oppression of that which is deemed unacceptable to those in possession of societal power, the story explores a multitude of provocative themes. Shame and its vengeful accomplice guilt haunt the book’s pages like the odour clinging to a rotting carcass festering in the midday sun. Family, relationships, suppressed desires, fidelity and betrayal and love form a delicate substructure gently supporting the main narrative. The bond between twins is examined in minute detail and is particularly apposite given that Nigeria has the highest frequency of dizygotic twin births in the world.


Also by Paul Spalding-Mulcock...
“Love Is The Magician That Pulls Man Out Of His Own Hat”: A Marvellous Light By Freya MarskeExpecto Resurrectionem Mortuorum:The Gift - Book 1, Eleanor, by R. A. WilliamsLittle Liar Boy - A Hall Of Mirrors StoryThe Devil's In The Detail: Johannes Cabal The Necromancer by Jonathan L. HowardAn Audience With The Devil - A Hall Of Mirrors Story
However, the central thematic hump of the novel is courage. It is the actuating principle pulsing through compassion for oneself and others and in so doing, arcing across the lacuna of indifference to animate kindness, unfettered self-expression and personal autonomy. The presence of courage, particularly that of Otolorin, is the handmaiden to hope and this is the book’s chief gift to its reader.

So, a debut which celebrates the life of one human being and shines an inextinguishable light into the darkness of human folly. Recently interviewed on the Cheeky Natives Podcast, Papillon said, ‘The more we read about and learn about each other, the less ‘the other’ can exist’. Seldom have I read a book as beautifully written as this scintillating gem, nor have I cringed quite so much when faced with the weakness and the strength of humankind. This is a novel I will not and should not forget.


An Ordinary Wonder is published by Dialogue Books