'I Thought I Was Going To Die From All The Art': Judith Levin And The Art Of The Moors 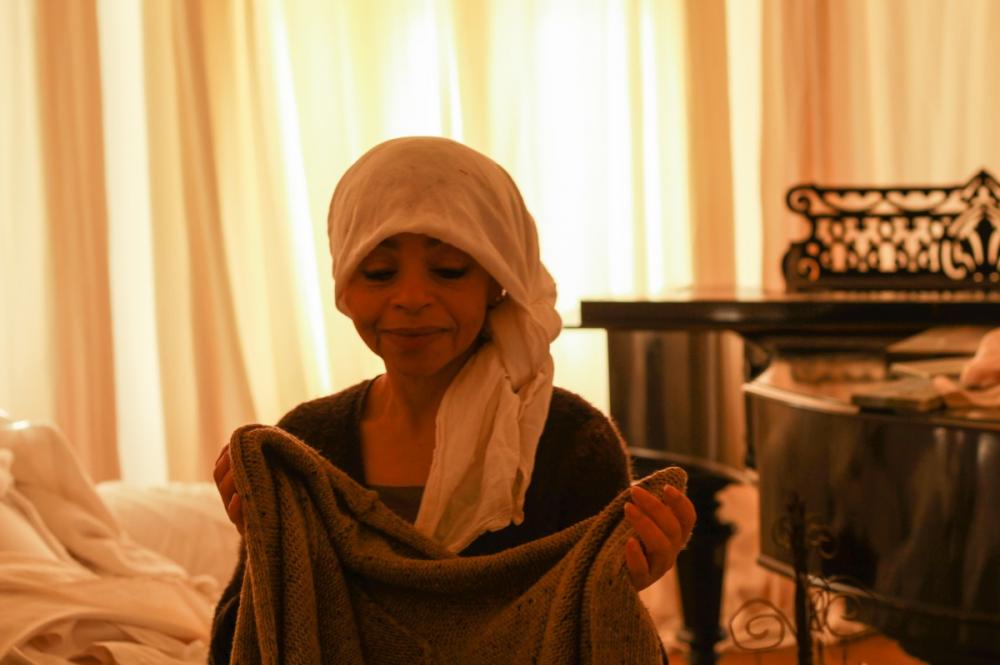 Judith Levin
‘I want to feel lost in it,’ says Judith Levin as we look at the moor scene propped up on the easel. Levin works on landscapes from the Yorkshire Moors in her studio and apartment, located on the outskirts of Leeds; or should that be apartment and studio? Paintings, draped in dust sheets, line the halls and, in the kitchen, a skylight glows blue above her easel as the living and artistic space blur. I’m not lost, but I am wondering where the boundaries are between the living and the art. For thirty years, as an artist, Levin has been enchanted by the moors. Having once claimed to have been ‘fuelled by the words of Emily Bronte', how else has this fuel sustained in her work?

‘It’s a variation on a theme’, she says, ‘I plunge different energies to paint them (the moorland scenes), and you’ve got to use what you’ve got to create something else.’


Judith Levin with a portrait of her son
What is fascinating about Levin’s work is that there is a sense of revisitation and reuse of not just a place - like the moors - but the reuse of an energy, hinting towards a sense of an internecine battle, containing the ‘uncontained’ in the emotional and physical landscape. I wonder, though, why Levin is compelled to revisit the moors and where those energies might arise:

‘They’re all painted from memory.'

‘Does that mean you have to visit these spaces, physically, often?’, I ask.

Certainly, this wandering spirit seems to transcend Levin’s work, but her remarks give evidence that her paintings are more than a romantic ‘response’ to the world. For instance, standing at a distance, the heather condenses into a vivid, purple swarm, sweeping to the northwest of the painting and, stepping closer, you expect the heather to split or diversify into separate heads and stems; instead, it remains a feverish plume of violet and you suddenly feel incredibly close to, but distant from, the painting. You’re both at a loss from a definite emotion and lost in the space.

This feeling isn’t specific to the moor paintings, though; even in her Still Lives it’s as though there’s a quality imparted into them refusing to be still. Is this related to the energies and the fuel she talked of earlier?

‘I remember seeing the heather for the first time,’ Levin says, ‘I was so scared, as a little girl, of car journeys and I would sit in the back, absolutely terrified, with my eyes closed. My mother would drive and one of my earliest memories is of seeing the heather on the moor after I’d dare to open my eyes.’ She pauses, and continues. ‘I must have been about five years old. When I saw this astonishing heather, I had to close my eyes again because I thought I was going to die from all this beauty.’

Her paintings are a testament to how the impact of that story has not lessened over time. What makes this more interesting is when you consider that Levin paints with her self-invented, non-compositional technique of applying paint straight to the canvas. The technique is corollary to the sense that it’s not only the willingness to submit to a feeling, or the willingness to allow that feeling to be uncontained - sublimated into art - but also about that feeling, that moment, continually being revisited, framed within another frame, by the artist.

Isn’t Wuthering Heights a story within a story though, a story framed and retold within an ever-increasing concentric narrative? When I visited Judith’s gallery in Haworth that weekend, thinking about her work, her technique, and the moors, I looked at the paintings illuminating the ceiling-high windows of the gallery. Levin’s work seems to reinterpret its own rules and its own story, set by its own artist; here’s a guide to life I thought, if not art.


Article and Images by Liam Bishop