In The Eye Of The Storm: A Cotswold Ordeal By Rebecca Tope

'Yetta who?' Yet another bag of lovely books for my pile and this time featuring another author I haven’t previously come across. Rebecca Tope, it seems, is fairly prolific, with three series to her name already: The Cotswold Mysteries, A Cotswold Casebook and The Lake District Mysteries. To quote one of her characters - ‘the Cotswolds are the most beautiful place on earth’, and she has chosen two of the most beautiful places in Britain in which to locate her tales of murder, mystery and mayhem. A quick look at Google and I discovered she’s also a "ghost writer" of the novels on which the ITV series Rosemary and Thyme are based, which provides a glimpse of the gentle tone of her work. Despite the nature of the events which occur in this sleepy hollow close to the tiny village of Frampton Mansell, it’s an easy read for a lazy afternoon or two.

A Cotswold Ordeal is the second of the Mysteries series. The heroine is called Thea (a popular name for heroines it seems) Osborne and she is accompanied by Hepzibah, a small, friendly, excitable, if somewhat nervous, spaniel. I’ve always liked the name Hepzibah having first come across it in the biblical Hephzibah, and in Nina Bawden’s Carrie’s War where it conjures images of ‘a warm safe lighted place’, a smiling face, ‘safety when you were scared’ and a genuine welcome. But this time, it’s a dog, who provides loyal companionship.

Thea is house sitting again (several references to the previous book in the series tell me that this a repeated theme) and is left looking after some unfriendly geese, a sick pony, a couple of vociferous peacocks and various poultry, guinea pigs and rabbits – oh, and Milo the cat, but he doesn’t live very long. ‘Hepzibah did not initially like it at Juniper Court’, says the narrator and it may be that Thea should have trusted the dog’s instincts. 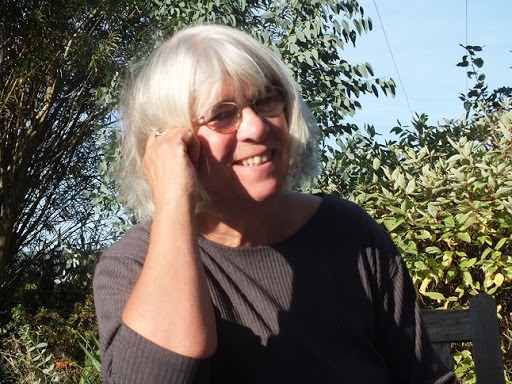 Rebecca Tope
Her presence seems to be resented by the locals but it is not clear why until much later in the novel. Not one to be perturbed, a body hanging in the stable is not enough to send Thea running for the hills; especially not when Superintendent Hollis once more makes an appearance to oversee the investigation. One year widowed and Thea’s heart is beginning to open itself to possibilities once more as she admits she has ‘got the hang of living in the moment’.

This classic English village mystery seems to have it all: domestic abuse, child abuse (although the fourteen year old girl wasn’t the one to complain – that would be her dad!), murder, kidnap, Rural Warriors, stentorian voices of well-dressed domineering women, planning officers, canals and canal paths, sisters who love each other even though it is not always obvious, mellow stone cottages, country pubs and (not always) idyllic walks. How can so much chaos ensue in such beautiful surroundings and how come Thea again finds herself ‘in the eye of [such] a storm’? The ‘frisson of foreboding’ which she feels and ignores at the beginning is certainly realised!

It is fitting that the guilty are ultimately caught and punished whatever circuitous route Hollis (aka Phil) seems to take to get there. The culprit is usually the most unexpected character and at one point, I wondered if I detected similarities to Agatha Christie’s Murder on the Orient Express, and they were all going to have played a part – but don’t worry, I haven’t given the game away. I was only left a little uneasy at the end when, despite his treatment of her, Thea wants Jocelyn to make it up with Alex – read it for yourself and decide what you think.

I certainly don’t fancy house sitting for a living, however beautiful the landscape – it seems far too dangerous to me.

A Cotswold Ordeal is published by Allison and Busby