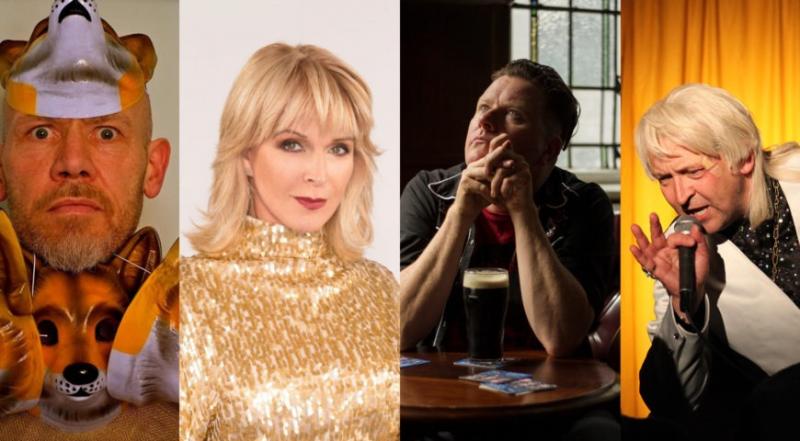 For the second year, Square Chapel Arts Centre will be offering a programme of events as part of Independent Venue Week. A national celebration of live music and comedy, the events are performed in, and organised by, independent venues like the Halifax arts centre. This year’s line-up for gig goers includes the fascinating musician and comedian Mik Artistik, punk princess Toyah Willcox, The Wonder Stuff ‘s Dan Donnelly, and Clinton Baptiste from Peter Kay’s Phoenix Nights.

On Thursday 30 January from 7.30pm, Square Chapel welcomes comedian and musician Mik Artistik for an evening of entertainment including an ‘in conversation’ slot with Mik, and hosted by BBC Radio 6 Music presenter, Chris Hawkins.


Mik Artistik
The evening will kick off with a screening of Who is Mik Artistik? – a fascinating short documentary following the unconventional life of this very intriguing man. This will be followed by a Q & A and then Mik will give a live stage performance.


Toyah Willcox
The film Jubilee, starring Toyah, and directed by Derek Jarman, will commence at 4.45pm, followed by an ‘in conversation’ with Toyah and hosted by BBC 6 Music presenter, Chris Hawkins. The evening will end with a live gig from Toyah and her band. Tickets for all three elements of this event are priced at £30.

Singer and songwriter Dan Donnelly has played in 20 countries across the world and has supported acts such as Air, The Darkness, Bob Geldof, Ian Dury and Duran Duran. When not touring with his solo music, Dan is a full time member of Indie Rock band The Wonder Stuff. Fans can see him at Square Chapel for one night only on Friday 31 January from 8pm.

The audience can join paranormal sensation Clinton Baptiste as he takes them on a hilarious yet touching journey through his life, out the other side and beyond the Celestial Curtains. There is a waiting list for this sold out show on Friday 31 January, but you can register interest by calling the Square Chapel Box Office on 01422 353422.

For more information or to book, visit: