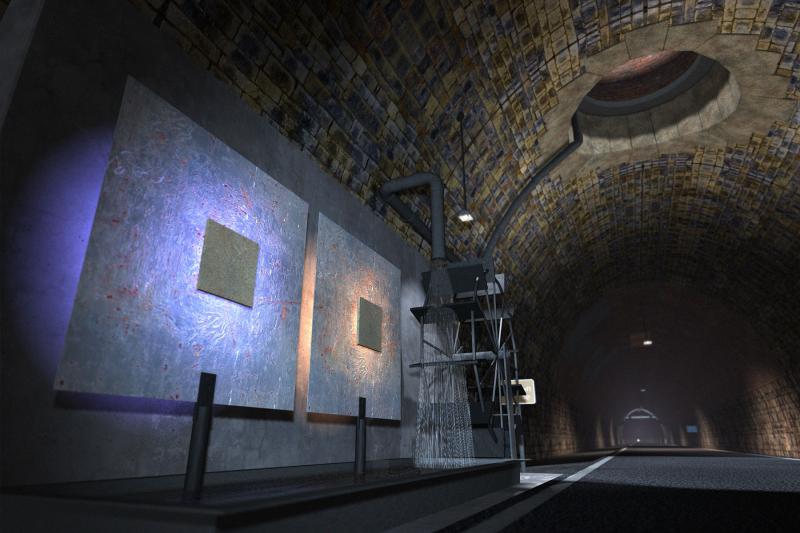 Queensbury Tunnel. Photo by FourByThree
MPs, local councillors and a former Olympic champion are amongst those who have signed an open letter to the Cycling Minister asking for a temporary halt to be placed on the proposed abandonment of Queensbury Tunnel, pending the completion of a review into the challenges and benefits of its reopening.

Campaigners hope to restore the 1.4-mile long Victorian structure as part of an ambitious cycle network linking Bradford and Keighley to Halifax, but Highways England’s Historical Railway Estate (HRE), which manages the tunnel for the Department for Transport, is seeking to permanently close it at an estimated cost to the taxpayer of £3.2 million.

The letter, sent to Jesse Norman MP by the Queensbury Tunnel Society, calls on the DfT to actively cooperate with Bradford Council, Calderdale Council and Sustrans to ensure the greatest possible benefit is derived from the tunnel - a public asset - and any money invested in it. 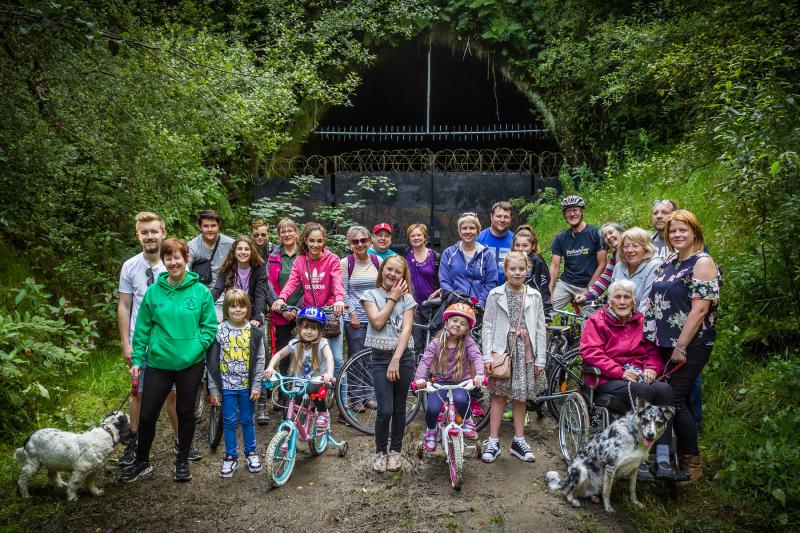 Supporters at the mouth of the Queensbury Tunnel. Photo by FourByThree
The letter proposes that some of Highways England’s £101 million budget to develop cycle links between city centres should be allocated to the proposed route which could deliver a Benefit:Cost Ratio of around 2.5 to 1 - representing high value for money - according to a study by Sustrans.

In 2014, Sir Gary Verity helped to bring the Tour de France to the UK in his role as Welcome to Yorkshire’s Chief Executive. In a supporting letter, he says: “Building on the legacy of the Tour de France, there is an opportunity to create a landmark resource serving future generations - improving connectivity, helping to meet our health and environmental obligations, attracting tourists, hosting events, revitalising local communities and giving new life to a remarkable engineering feat.”

Norah McWilliam, leader of the Queensbury Tunnel Society, says: “We’re delighted that so many people in positions of influence responded so quickly to our call for support. It clearly demonstrates there is no appetite for large amounts of public money to be wasted on an abandonment scheme when taxpayers can get a return on their investment by repurposing the tunnel for future generations.”

“It’s clear that the condition of Queensbury Tunnel presents no short-term threat to the people of Queensbury - contrary to the claims last week from Highways England - so those trying hard to secure a positive outcome should be allowed the time they need to undertake a full and thorough assessment of the cycle network proposal.”

Signatories of the letter have been joined by more than 9,200 people who have so far signed an online petition (www.tiny.cc/QueensburyTunnel) supporting the tunnel’s reopening.