Inspired By Morecambe And Wise 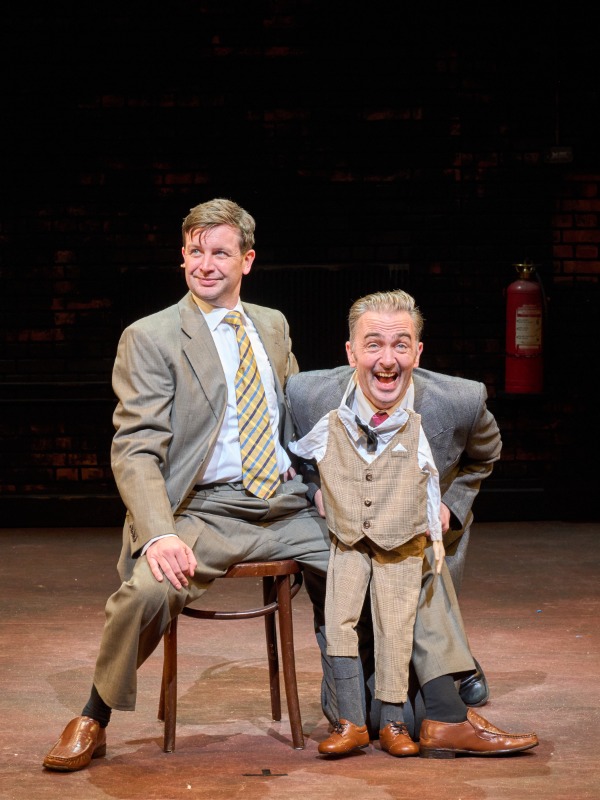 When Sean Foley and Hamish McColl created The Play What I Wrote they wanted the story to be inspired by the comedy duo Morecambe and Wise rather than a tribute act – and so they created a new comedy duo.

As the two characters, Dennis and Thom, attempt to revive their failing act with a serious play, the story has references to Eric and Ernie - and it is this interplay between the expected and the unexpected which has contributed to the show being such a success.

Premiered in 2001, The Play What I Wrote was staged in the West End and on Broadway, toured the UK and received a host of awards. This Christmas it has been revived by Birmingham Rep and is directed by Sean, now the theatre’s artistic director. After a string of five star reviews in Birmingham, the production tours the UK in early 2022.

“The show is a tease,” says Sean. “It’s a really lovely dance between the idea of you’re watching a Morecambe and Wise tribute show but actually you’re not. So whenever we tease people with ‘here’s a bit of them’ they come to understand what the show is - which is a sophisticated but daft homage.” 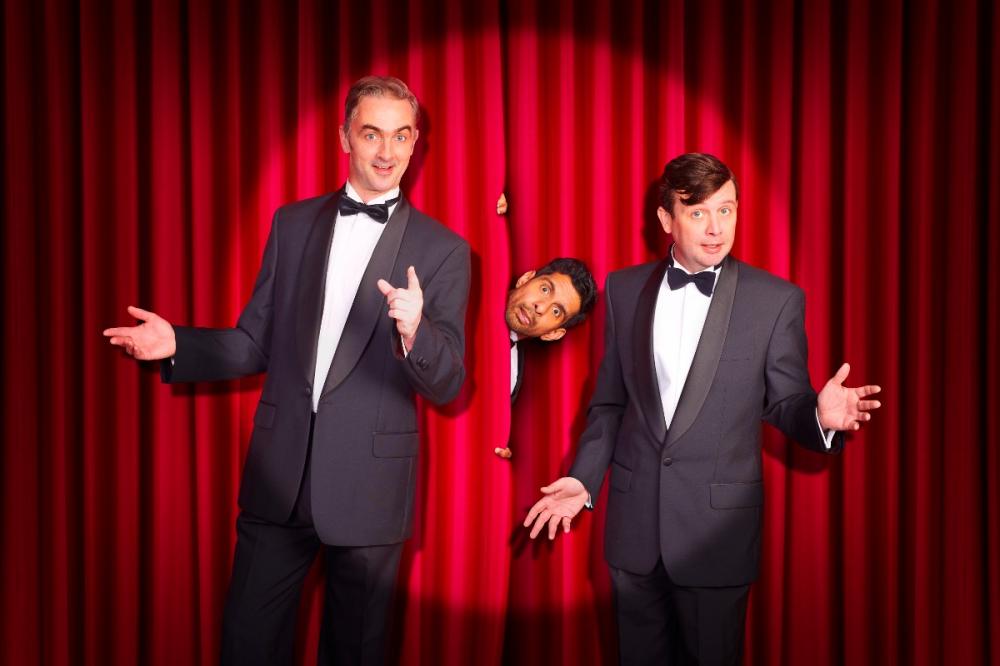 Taking the roles of the two comedians are Dennis Herdman and Thom Tuck with Mitesh Soni playing Arthur, their comedy sidekick and numerous other roles. Thom says the cast can quickly tell if they have Morecambe and Wise fans in the audience.

“I don’t actually think it’s important at all for people to know Morecambe and Wise,” Thom says. “It’s just an extra sprinkling for the people who enjoy it. But at the first reference to them you can tell what percentage of the audience are Morecambe and Wise fans because you can hear the murmur ‘they’re doing it’.

“And in a later scene we do ‘What do you think of the show so far? Rubbish’. Some days that will get a round of applause and some days it will get a big laugh but it doesn’t really matter between the two.”

The Play What I Wrote has an additional nod to Eric and Ernie by having a mystery guest in each performance in the tradition of their television shows. This means the cast are constantly needing to re-rehearse with new actors who during the Birmingham run included Tom Hiddleston, Kara Tointon and Sue Holderness.

“There are big changes depending on the guest star and the audience will react differently as well,” says Dennis.

“They all bring something unique and change our dynamic instantly and we’re all either fawning around them or trying to pull the rug from under them.

“It’s fun - it’s lovely to have them on stage and be able to take the mickey and play with them. They have all been up for it and most have been terrified as well! It’s nice that they have a certain status and yet they are also clearly flesh and blood and a nervous human being.” 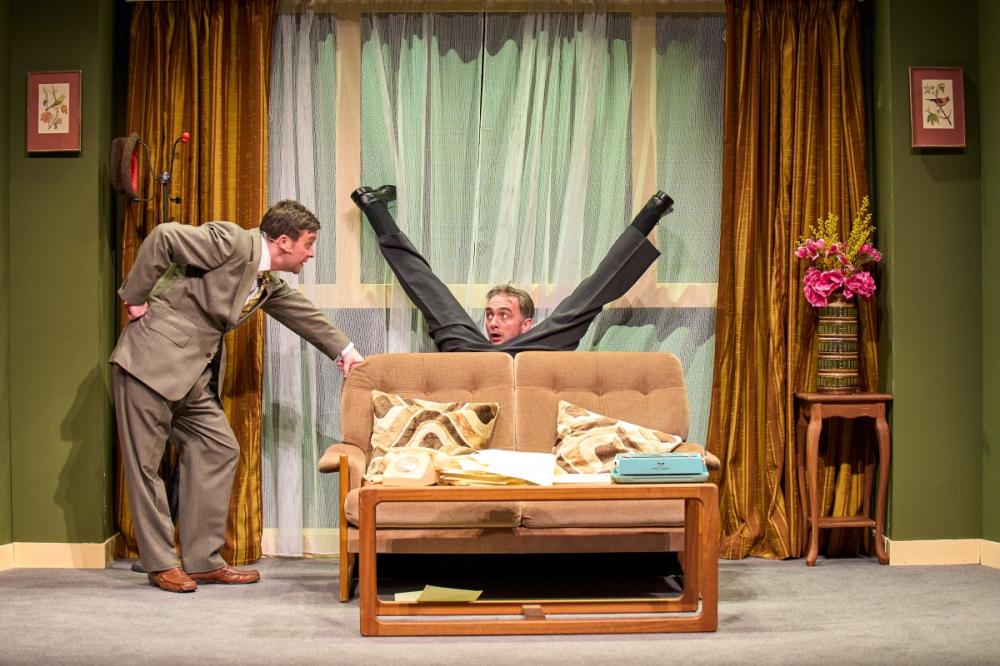 The show has been a huge crowd-pleaser so far and Sean says much of that is down to the energy of Dennis, Thom and Mitesh.

“What is dazzling, and these guys do it completely brilliantly, is making all of the show look like it is a high wire act and things can go wrong at any time. That is really brilliant comic acting. Someone said to Eric Morecambe ‘I love all your improv lines and your ad-libs’ and he responded ‘It takes a lot of rehearsal to get them right’ and that’s the same with The Play What I Wrote.

“And with this show you also need the chemistry between the cast. We were very lucky that from final auditions, when we saw Dennis and Thom together, they were immediately a double act. Then we added Mitesh in and it just worked – they really make people laugh.”

Thom believes Eric and Ernie’s humour can cross generations because it fits into a comic tradition. “The ingrained thing about British people is that we like cheekiness and there is a sort of anti-establishmentism in Morecambe and Wise’s work,” he says. 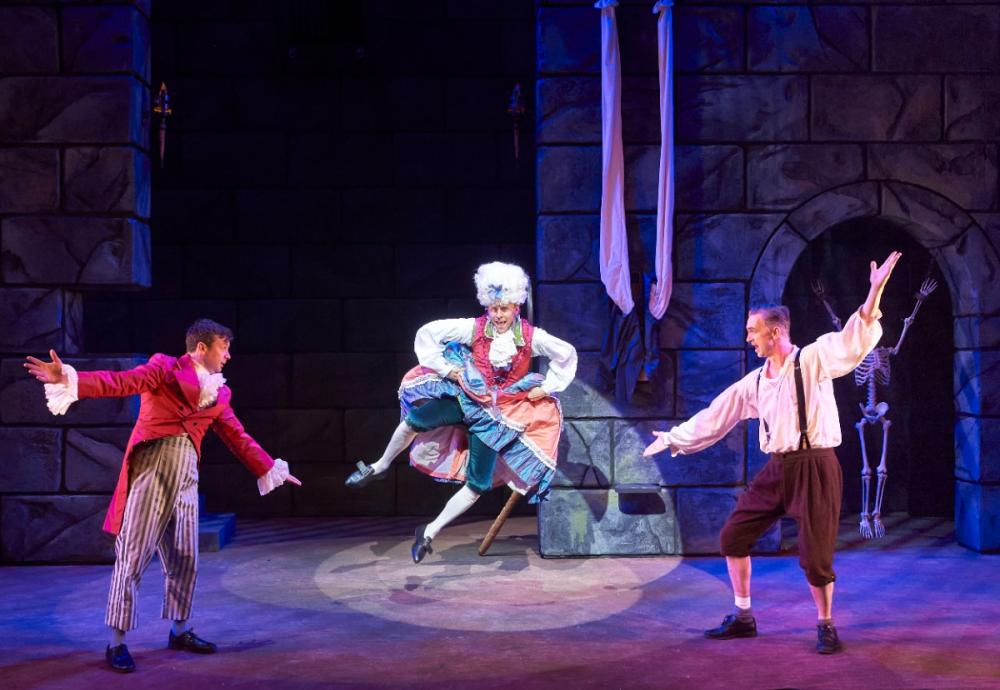 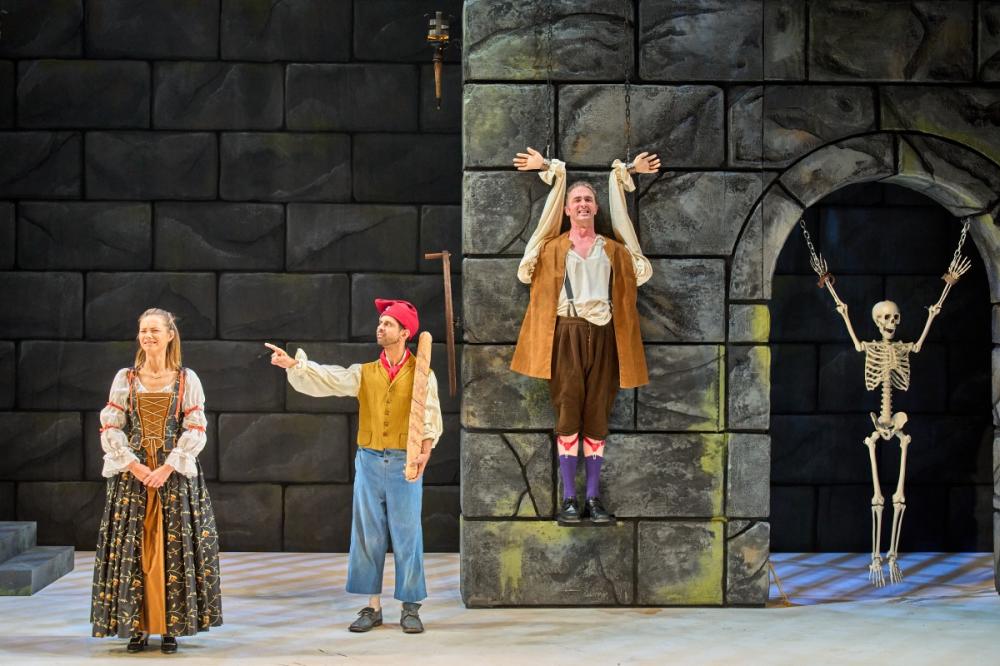 “Whether it’s a look direct to camera which says ‘we know this is stupid’ or the play with the guest star, it’s ‘let’s muck about’. British audiences from variety onwards have had that sort of fun. It’s always high on the priority list.”

The Play What I Wrote is just the tonic audiences need right now, says Mitesh.

“There’s an element of what we are going through at the moment in finding comfort in what we know. The Morecambe and Wise element is an added bonus to being able to go back to live theatre and have a good time and laugh for two hours.

“People need that. We’ve been stuck away, in fact are still going through it and not knowing what is going to happen, but we’d say to people ‘just let go for two hours and laugh’ because laughter is contagious. When you hear one person with an amazing laugh, it just spreads across the entire auditorium.”