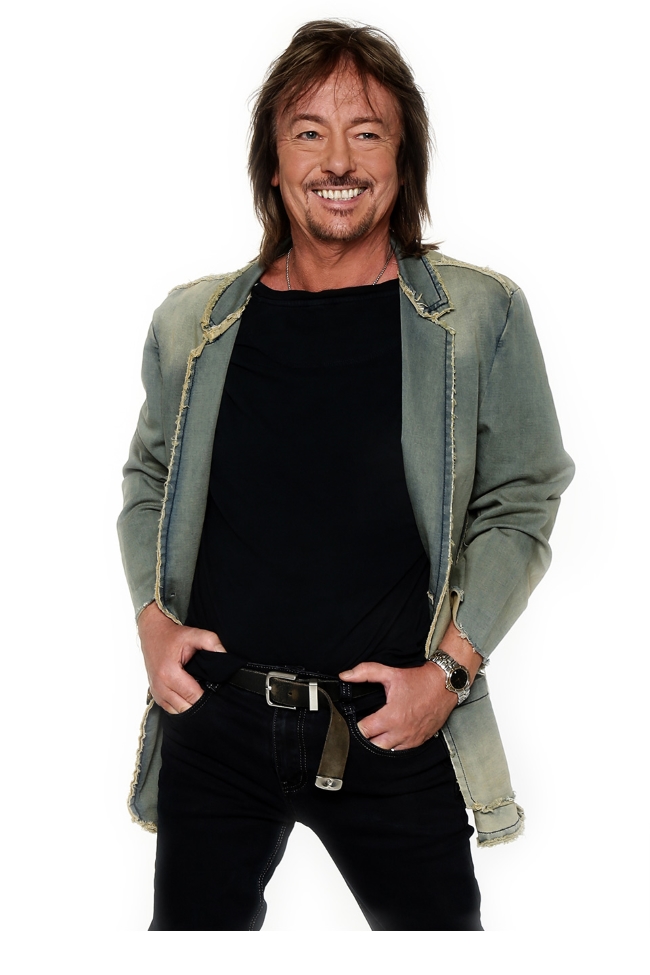 Chris Norman, the former vocalist of Smokie is about to release a new hits collection, The Definitive Hits - Smokie and Solo Years on 19 April. He is also going out on tour and visits Leeds, Bradford and York. I had a chat with Chris on the eve of the album's release.

You have a new hits album coming out have you re-recorded the songs or are they originals?

We had to re-record the songs as the originals are owned by Sony and BMG, we tried to keep the songs very close to the original versions. If I had to choose which song means the most to me it would be If You Think You Know How To Love Me as it changed my life for me and the rest of the band. That moment when I heard the track being played for the first time on the radio on a sunny day is one I will never forget.

It has been a long time since you did a tour in the UK?

I did a tour in 2007 and a couple of shows in 2013 but this is the first proper UK tour for a long time. The shows will be a mixture of Smokie songs, maybe one or two new songs, an acoustic set in the middle and then we get more rocky towards the end of the show, a bit like Bryan Adams does. I have a great 5 piece band too.

The support act is Barton - 3 guys who sing and play in perfect harmony. The lead singer is Dean Barton, the son of Alan Barton who took over the lead vocals in Smokie before he sadly passed away.


Also by Graham Clark...
Living On The Veg At ZizziSounds Of The Sixties Live Takes Bradford Back To The Swinging SixtiesStereophonics Fly Like An Eagle At The O2 Academy In LeedsA True Taste Of Italy At Franco Manca In LeedsRyan Bingham - American Love Song (Thirty Tigers)
Are you looking forward to playing a gig in Bradford again?

Very much so. I was visiting my mum yesterday and her carer was telling me all about the refurbishment at St George's Hall. I used to go to gigs there in the 60's when they used to have local bands on there all at the same time.

Have you heard about the plans for the Bradford Odeon?

I saw something about this on the internet, I remember the place when it was the Gaumont. The Rolling Stones and The Beatles all played there. It will be great for Bradford and will really put Bradford back on the touring map for the bigger bands.

You recorded a track called Going Back To Bradford when in Smokie, will you perform the track on this tour?

We don't do that one, I have so many songs to choose from, I did 9 albums with Smokie and have done 20 solo albums so there are a lot of songs to choose from. The track was actually written when we were in Finland for 4 weeks and we were due to go back to Bradford, me and Pete wrote the track and if you listen carefully to the song you will hear some Finnish words in there.

Do you listen to current music?

Yeah but not much really, I tend to listen to the radio in the car and hear things then. My kids are now in their 20's and they keep me up to date. There are some great singers out there. Music though at the moment seems to be waiting for something new to come along.

Do you still visit Bradford and Yorkshire much?

My mum lives in Bradford still so I get to visit here a lot. I think Yorkshire is the best place in the world, there is nowhere like Yorkshire, the scenery, the main difference is the people - you can go into a shop and people will start talking to you.

I've travelled a lot over the years and I did like Moscow and St Petersburg which is a beautiful city. I like New York too but as I said there is no where like Yorkshire.