Interview With James Smith - A New Talent On Radio 2

If you have been listening to Radio 2 recently you might have heard the cracking single My Oh My from James Smith. The track is one of the most played on the station at the moment - not bad for someone who has yet to have a hit record.

I asked the singer about the song and his career to date.

The new single My Oh My sounds to me a bit like Coldplay are you a fan of the group?
I really like Chris Martin and Coldplay so that is a real compliment. We have had a lot of support from Spotify, they really push new artists. We had a bit of support from radio then Radio 2 picked up on the song band. It is currently one of the most played songs on the station which for me on an independent label is fantastic.

You once went on Britain’s Got Talent, how was it?
I was a lot younger then, around 14 going on 15 - I learnt a lot and at that age it was a big responsibility. I got to meet Simon Cowell and he was very nice but he seemed to keep himself to himself.

How has the last 12 months been for you?
2020 was the year we were going to do things proper if you know what I mean? Then lockdown came and things got put back. Myself like a lot of other artists wanted to wait to release a single at the right time - which in my case has worked out well.


Also by Graham Clark...
Socially Distanced Down At Everybodys All Day Social, GuiseleyFood And Music Is On The Menu At CrEATe As Part Of Leeds Food FestivalNow Thats What I Call Music 8 Gets A Re-release 35 Years LaterGary Powndland - The New Comedy Star Brings His Sell Out Show To The NorthRyedale Festival Springs Into Life With An On Line Edition
What has been the worst jobs that you have had?
I cleaned windows for a bit, it was hard work - my hands used to get frozen in winter!

What is the best concert you have been to?
I’ve been to loads of good shows but seeing Stevie Wonder in Hyde Park a few years back was incredible - it has to be one of the best nights of my life. Lionel Richie was the support and he really got the crowd going.
For me though Stevie has been such a big inspiration - Songs In The Key of Life was the first record that I bought. From recent times I really like Paolo Nutini and Ed Sheeran - his success is something to aim for.

Any other influences?
I remember when I was about 7 years old we would go to this caravan site on holiday and they would play a lot of Elvis and Johnny Cash. I remember then playing Hound Dog and me shaking a leg or two. 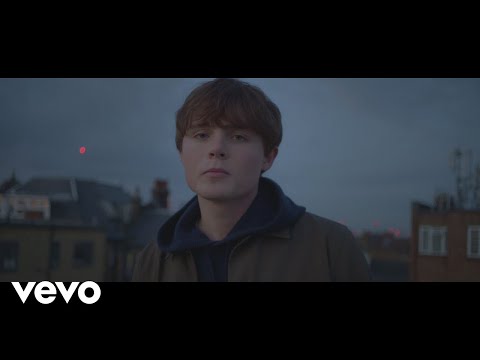